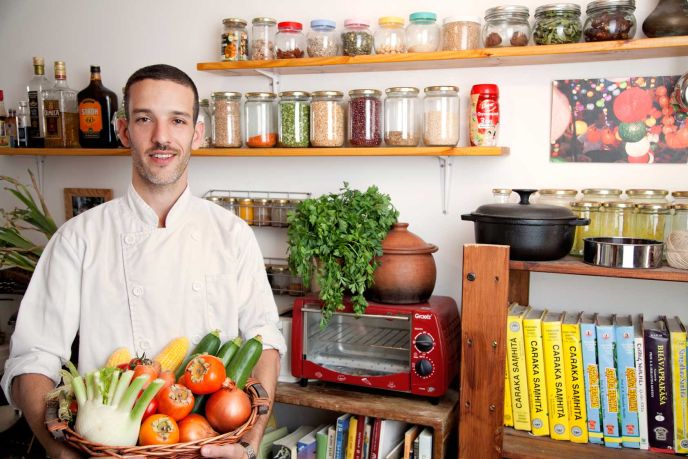 One day in 2011, Chen Lev-Ami had a craving for homemade meatballs. Her expertise is in technology, not culinary, and she realized there must be plenty of home chefs in the Tel Aviv area capable of preparing delectable dishes for busy people like her. So she put the meatballs on hold and built an online platform for local cooks to sell their kitchen creations.

“I was so excited about the idea that I couldn’t eat for four days,” Lev-Ami tells ISRAEL21c with a laugh. “I decided that’s my destiny in life.”

She quit her job and spent a year developing Yummi. Today the service boasts about 50 chefs and 5,000 customers in central Israel.

Lev-Ami, 33, is translating Yummi’s website to English and raising investments for a North American launch in 2015, probably starting in Toronto. “If my destiny is to feed the world, I need to do this!” she exclaims.

No less ambitious is Merav Zaks-Bet Levi, 36, a lawyer and self-professed foodie who this year cofounded Aroundish, another online platform for personal chefs.

Whereas Yummi focuses on family dinner, Aroundish offers lunchtime deliveries to people who are tired of the take-outs and restaurants near their workplace.

“We are raising money now to duplicate the model and offer it in the US,” Zaks-Bet Levi tells ISRAEL21c. “Our system has already been built to support other languages.”

It takes chutzpah to enter an American market already crowded with tech-driven culinary services that are raising money faster than you can boil water. But these Israelis are forging ahead.

“Each business has a different approach and focus and competitive edge, and we believe no one has done exactly what we are doing,” says Zaks-Bet Levi confidently.

Lev-Ami, who believes she pioneered this concept in Israel, built Yummi with help from her brother’s software development company and started with “10 really good chefs” in the Sharon region.

Some of Yummi’s cooks worked in the restaurant industry, such as a sous chef from Tel Aviv’s renowned Mesa, who now wants to be home with her baby. Others are retired and have always enjoyed cooking for loved ones.

“We encourage our chefs to be themselves, to cook what they cook for their family,” says Lev-Ami. “We have chefs who specialize in vegan or vegetarian cuisine, but the trend for most chefs is adding those types of dishes to their regular menu because a lot of families have both vegetarians and meat-eaters.”

Yummi takes a 3% commission on each order. Chefs arrange their own deliveries and deadlines, but get assistance with training, menu development, pricing, suppliers and photography. Yummi provides branded packaging along with a form for heating instructions and nutritional information.

“There were some surprises in terms of the food people order,” says Lev-Ami. “I thought the most prominent dish would be couscous, where actually the thing that works most is basics. Schnitzelim [fried chicken cutlets, an Israeli staple] are the most-sold dish on the site, so we see that Yummi is really replacing mom’s cooking or what people would have cooked for themselves.”

Despite their preference for basics, most customers try a different chef each week, says Lev-Ami.

The fact that Yummi has spawned competitors in Israel, such as Homeals, only strengthens her conviction that an Internet marketplace for personal chefs makes good business sense.

Zaks-Bet Levi says the name Aroundish conveys that “it is a location-based service — you can choose the dishes around you. In South Tel Aviv you’ll see different dishes than in North Tel Aviv, for example. At the moment we’re up to five hubs, each serving a radius of 500 meters, and we hope to expand to other areas.”

ISRAEL21c spoke with her in October as Aroundish was starting an investment round on its 88th day of business.

Like Yummi, Aroundish features both professional and home chefs. They receive profits after the company deducts expenses and “a small fee.”

Zaks-Bet Levi and Dvorit Weinhaber-Penner, a graphic designer and also a young mother, originally conceived of Aroundish as a family dinner solution similar to Yummi. 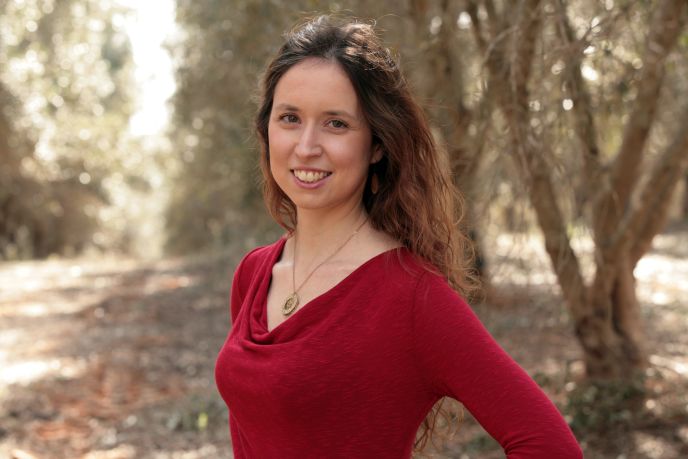 “As career women, we don’t have much time to cook, but we were constantly smelling the food our neighbors were cooking and wanted to find out what they were making and somehow order it for our families,” says Zaks-Bet Levi.

However, when they set up their startup at The Junction accelerator in Tel Aviv, market research pointed to a different direction. “Most other career moms we asked said they’d order, but not every day. If we offered it for lunch, they would order every day.”

That was the ticket toward an unusually high customer retention rate of 80 percent.

“We constantly ask our clients why they want to order from us instead of takeout, and the first answer is always that every day is a different menu, so they’re never bored,” relates Zaks-Bet Levi.

“The second answer is that it’s healthier. Every day there are vegan, vegetarian, gluten-free, low-fat choices, but any kind of homemade food is usually healthier than food made in restaurants. If you make schnitzel at home, you’re using fresh oil instead of oil that is reused again and again.”

For chefs, the benefits aren’t only economic but also social. They can correspond and even meet in person to share ideas.