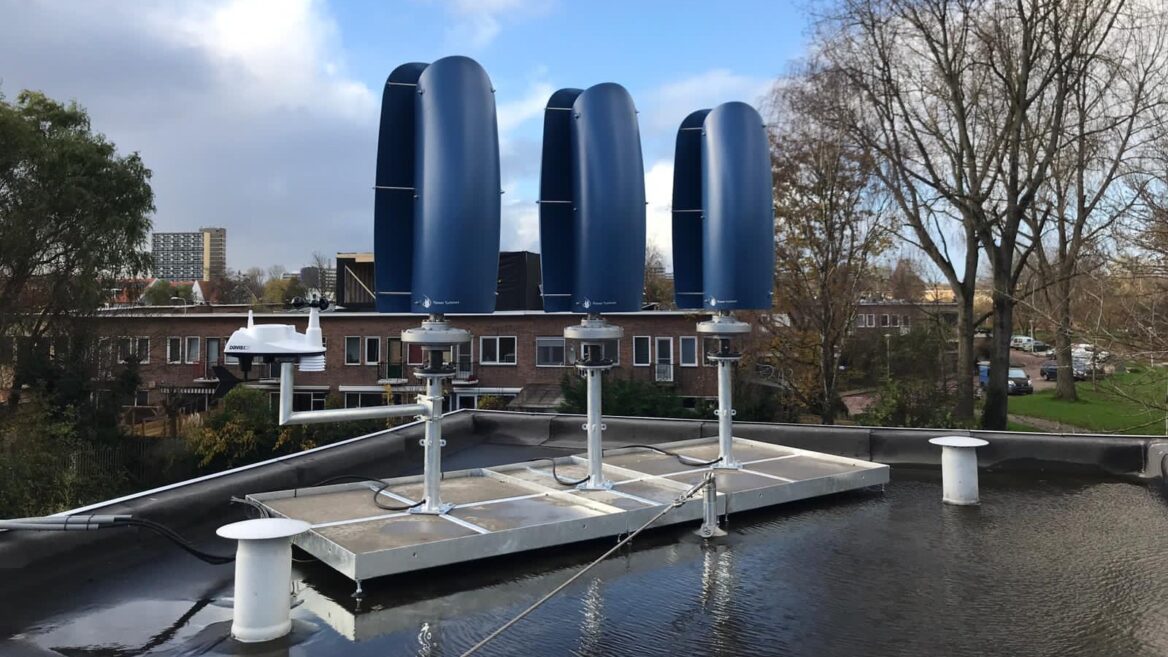 Solar is a hot commodity in the arena of distributed renewable energy. Wind, however, hasn’t picked up much speed.

What is stifling the potential of distributed wind energy?

“Many small wind turbines are loud, inefficient, and interfere with each other when placed in groups. Furthermore, the larger ones are big and clunky – fine for an industrial zone but not so nice for a residential zone,” says Dr. Daniel Farb, inventor of the Israeli-developed Wind Tulip by Flower Turbines.

Already generating energy at installations in Colombia and The Netherlands, Wind Tulips’ unique aerodynamic design makes them quiet, efficient and capable of producing up to 50 percent more electricity in clusters because they feed air currents into one another, says Farb.

“That’s a gamechanger. It means you can make wind farms out of small turbines,” says CEO Farb, recently picked as a 2021 Innovator by the US Department of Energy.

“This is the basis of what I hope will be a major global company,”

Shaped like sleek flowers in assorted colors and sizes (1-meter, 3-meter, and 6-meter high) for small-scale installations, Wind Tulips are designed to do double duty as eco-art on the roof of a house, shopping mall, school or skyscraper.

Flower Turbines is based in New York with a European subsidiary and showroom-manufacturing plant in The Netherlands. Its lead engineering team is in Israel, and the Wind Tulip has patents from the US, EU, Israel, Australia, India, Canada, and China.

The company received the 2019 Dutch Sustainability Award after its participation in the PortXL maritime accelerator in Rotterdam. Recently, Wind Tulips were installed on a container in a Dutch marina. 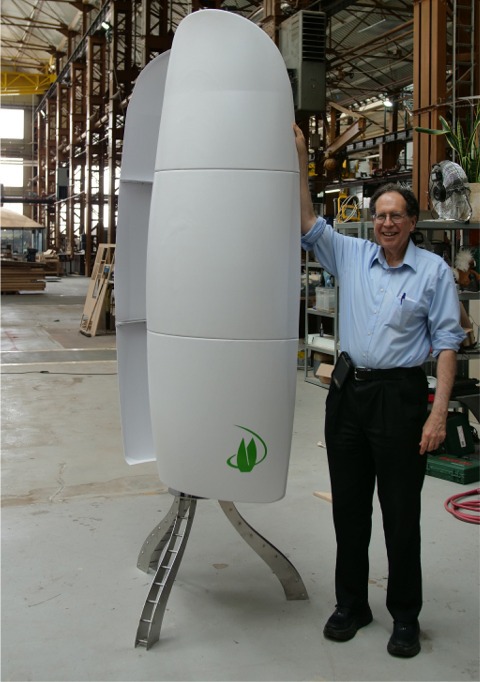 Farb tells ISRAEL21c that Wind Tulips can work well in any coastal area, on mountains and in plains – anywhere with strong winds.

One prime location is the sea rim of northern Europe, where high wind, high electricity prices, and a motivation to create sustainable economies provide Flower Turbines with a potential of €60 billion ($72.8) in total sales, says Farb.

“In the United States, the Great Plains have hundreds of thousands of square kilometers of the best wind location in the world,” he adds.

“There’s a lot going on there in terms of large turbines, but not small turbines. We hope to change that.”

The turbines are also bird friendly, as this video from Colombia demonstrates.

Farb says Flower Turbines does not have direct competition “because nobody else has solved the problems of efficiency and noise and they don’t have the cluster effect that ours do.”

And, he adds, “Another thing that keeps people from buying small wind turbines is they don’t like the design. Our design, done in Israel, is beautiful.”

The company’s indirect competition comes from solar, especially as the price of generating solar energy drops.

“But that only works when there is sun, and at least half the day there is no sun,” Farb points out.

Furthermore, the competition can be turned into a beneficial synergy, he points out.

A combined solar-and-wind system could prevent brownouts during late-afternoon peak power periods, as happens in many parts of the world when sunlight is waning and wind is kicking up.

“Wind is the best solution in coastal areas for preventing brownouts at the most vulnerable time for the grid,” says Farb, an American-Israeli physician by training.

Flower Turbines finished two $1 million rounds of equity crowdfunding and launched a third round of $14 million on January 4 with the aim of scaling up.

Raising awareness of wind energy is just as necessary as raising funds. A growing list of accolades is helping in that regard.

In addition to its sustainability award in The Netherlands, Flower Turbines was a semifinalist in the InnoSTARS startup competition hosted by the US-China Innovation Alliance in 2018. 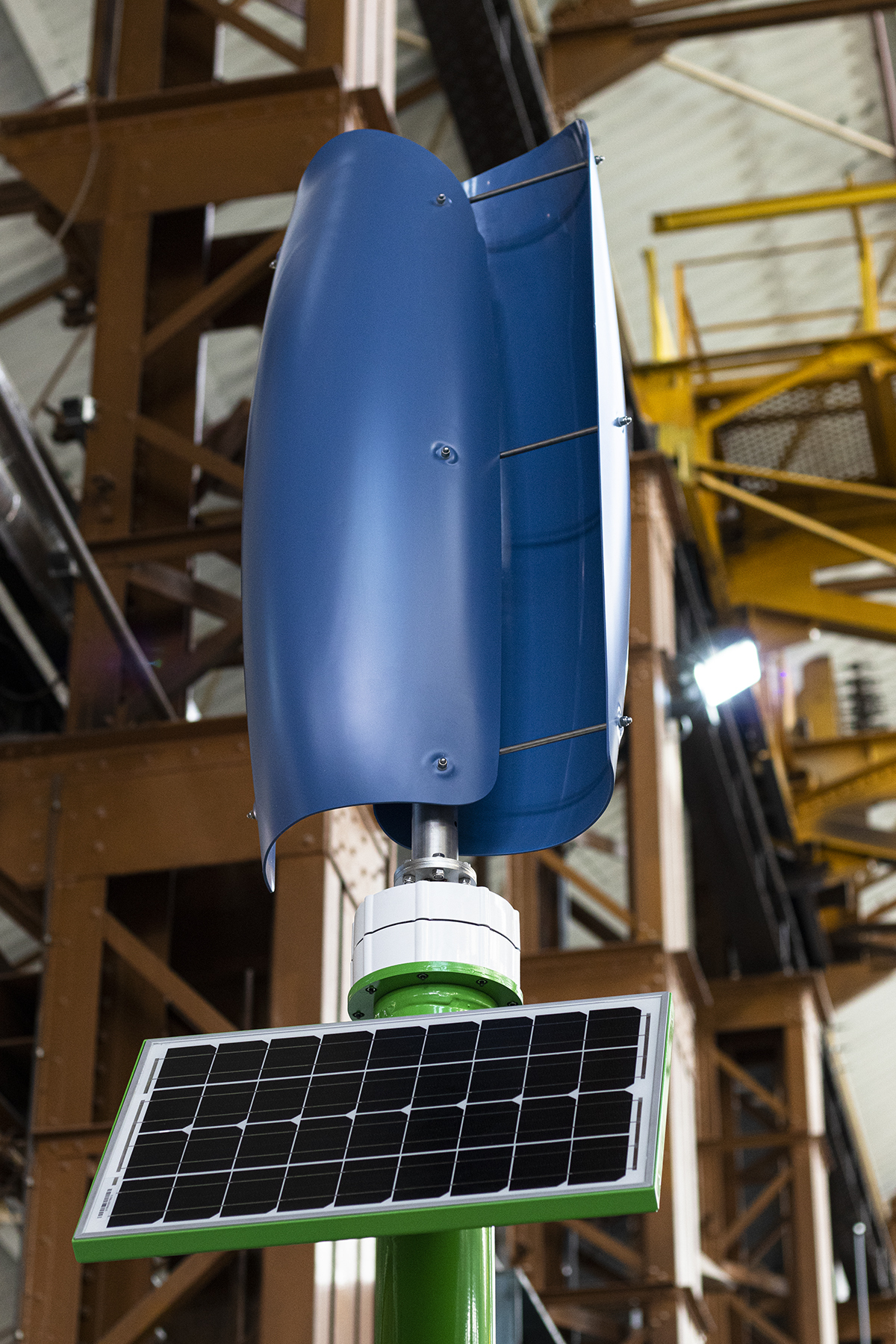 Faculty and advisers at Pepperdine University’s Business School chose Flower Turbines as one of 2020’s 20 most fundable US companies – that is, most likely to provide a 10x return on investment in the first five years — out of 4,500 contenders.

“We are further developing the products to maximize their performance by, for example, adding our unique Wind Tulip turbines,” says Farb.