Some had been to Israel many times, others never before. Either way, all 23 ISRAEL21c Journey to Israel tourists saw the “startup nation” through a unique lens focused on innovation, ISRAEL21c-style.

Thanks to partner Keshet: The Center for Educational Tourism in Israel , ISRAEL21c articles came to life for tour participants amid glorious sightseeing weather.

“I’d looked at some other trips and I was afraid to go, but I found this one compelling,” says Beverly Arsht, who came with her husband, David, from Philadelphia. “The view toward innovation and creativity, education, culture and people was so much better than just feeling the bind of ‘the conflict.’ I also got a lot of pleasure from telling this new story to people before I came. It’s another way to speak about Israel.”

The story will have many more chapters when the participants return to their home bases in the United States, England, Australia and Italy.

“I’m seeing Jerusalem with a whole new eye,” marveled Lana Dishler of Philadelphia after a day of touring at Advanced Driver Assistance System maker Mobileye , the Old City, the Israel Museum and the Jerusalem Bird Observatory, where top ornithologist Yossi Leshem shared awesome facts and figures on the massive migration over Israel twice a year, and how his multinational efforts have reduced aircraft-bird collisions dramatically. 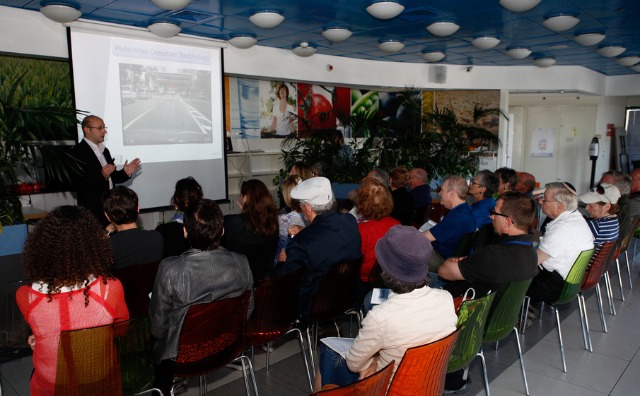 Here we are getting a briefing on Mobileye from Director of Business Development Iain Levy. Photo by Ariel Jerozolimski

“I’m used to the Old City and the surrounding areas, but to see the high-tech park changed my visual image of Jerusalem, in a positive way,” Dishler told ISRAEL21c. “It is absolutely fascinating. The whole Israeli mentality that nobody says ‘no’ and they challenge hypotheses and keep pushing — we’re here to see it.”

Moses Libitzky from San Francisco said he was amazed and touched by the inventions of the future that were introduced to the group at the Technion-Israel Institute of Technology; Tulip Winery, which employs workers with mental disabilities; and United Hatzalah of Israel , an all-volunteer emergency response network.

“It’s been all highlights, no low lights,” Libitzky quipped on one of the final days of the weeklong tour. “Everything we’ve seen — a tremendous variety of people and ideas — reinforced how creative, aggressive and willing to try anything Israelis are.”

The tour was punctuated by great dining, of course. The opening dinner was at Jerusalem chef restaurant Canela and the final dinner was held at Liliyot, a Tel Aviv gourmet eatery that is also a social business employing teens at risk. There was also dinner at Deca, a premier French-Mediterranean fusion restaurant in Tel Aviv, which included a dialogue with the sous-chef.

Inbal Baum of Delicious Israel led the group through the ethnically diverse culinary traditions of Tel Aviv-Jaffa, including the famed Levinsky  and Carmel  markets. And they followed the Tel Aviv “fashion route” to see what young Israeli designers are creating in the fashion accessories market. 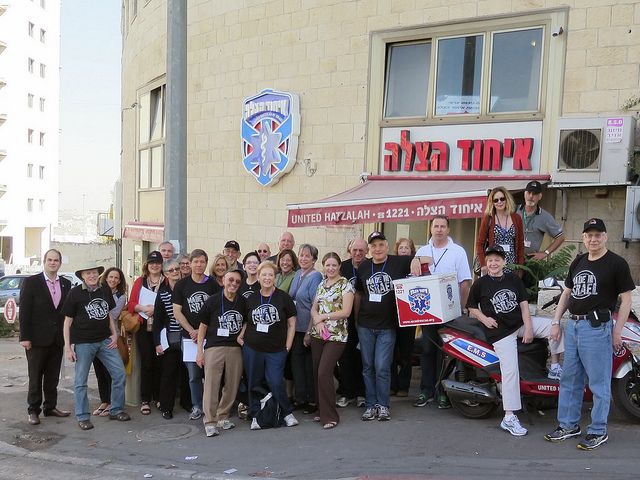 The travelers took a Segway tour of Jerusalem; went off-road jeeping in the Galilee; stayed at a kibbutz guest house; attended a film workshop with director Renen Schorr; attended a show at the Cameri Theater; visited the Media Innovation Lab at IDC Herzliya and the Media Quarter at Jerusalem Venture Partners; and clowned around with Professor Sancho, a trained therapeutic clown  at Emek Medical Center in Afula. 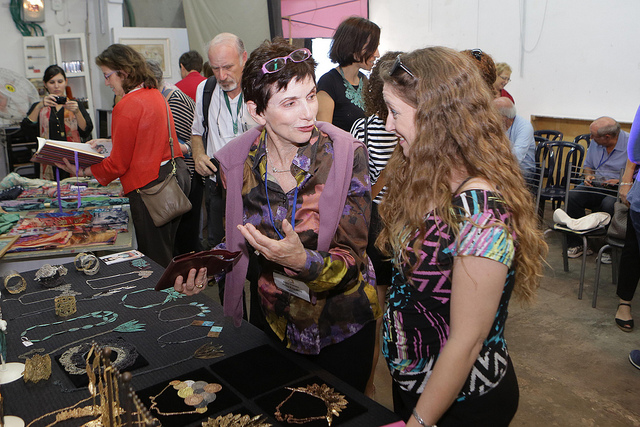 “We all have the image that a clown comes in and blows balloons and tells jokes, but that’s not it at all,” says ISRAEL21c President Amy Friedkin, who accompanied the travelers with her husband, Mort. “Medical clowning makes young patients feel empowered and less tense. It was fascinating to hear from the clown how they do that. We got to see his interaction with some of the kids.” 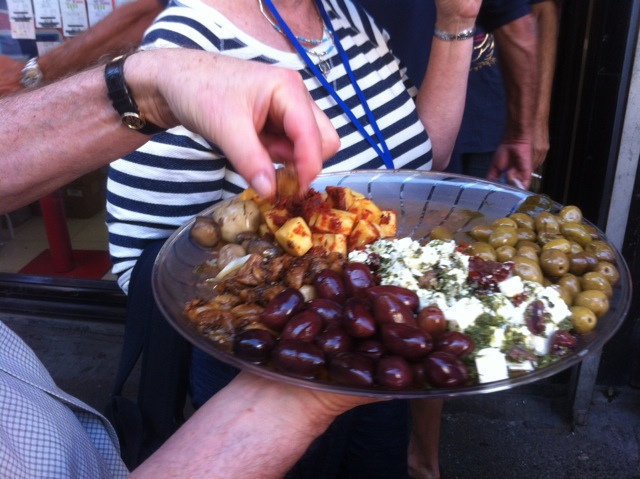 A tour at Stratasys in Rehovot illustrated how three-dimensional printing is breaking all boundaries; and think tank Reut Institute  Director Gidi Greenstein led a discussion on creativity, development and entrepreneurism in Israel. 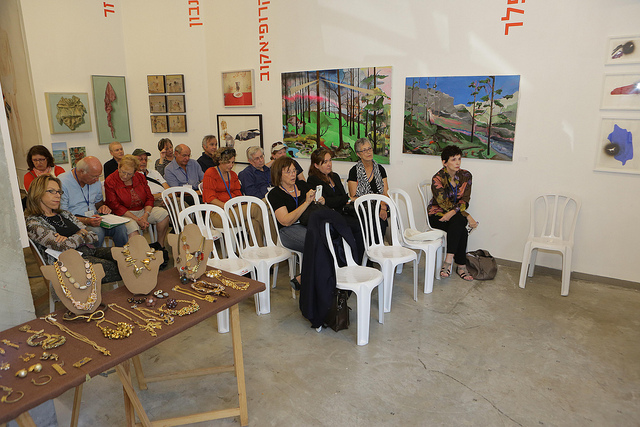 Wendy Singer, executive director of the new Start-Up Nation Institute, talked about nurturing and projecting new global ideas out of Israel, such as the MindLab strategic games curriculum that’s now reaching 300,000 Brazilian schoolchildren. And a guided tour of Independence Hall in Tel Aviv provided some background on how the enterprise of the state of Israel began. 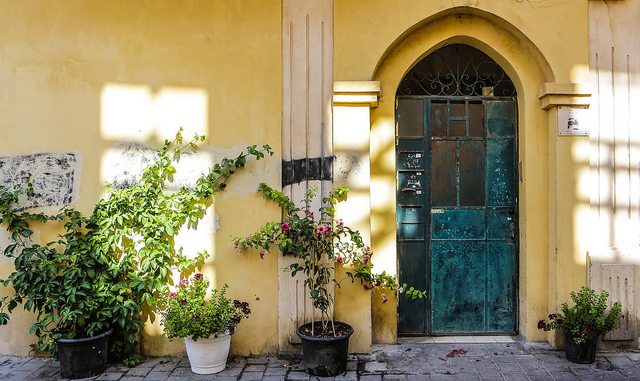 Martino Agostini from Rome said on the first day of the trip that ISRAEL21c articles and videos had given him a mental picture of Israel that he wanted to explore up close. “I wanted to see it with my heart,” he said, and that is just what Journey to Israel accomplished. “For these 23 participants, the trip really brought to life what we attempt to do all the time in terms of showing the world the ‘real’ Israel,” says Friedkin. “Hopefully they’ll come back [home] and spread the word in many forms and across many different distribution channels about what they’ve seen and how incredible Israel is.”