October is pregnancy and infant loss awareness month around the world.

Elysa Rapoport, cofounder of Candles of Hope, Israel’s only organization of its kind, doesn’t need the reminder because her awareness never wanes.

“I held her in my arms and kissed her head,” Rapoport recounted. “She was small but complete, a real baby, who had lived and grown inside me.”

Sadly, her baby did not survive. Rapoport was not only saddened and deeply depressed, she was also “frustrated not to find any support I needed.” Rapoport, who moved from Australia to Israel in 2009, added succinctly, “I’m educated, I have resources, I know how to surf the Internet, but there was nothing I could find to help me.”

In Israel, approximately six infants are stillborn per 1,000 live births, and one in four pregnancies ends in loss.

Despite these numbers, Rapoport said, Israel offers no national pregnancy and infant loss response or support services. The negligible support there is, she said, “is underfunded, sporadic and difficult to access.”

This neglect can have long-term ramifications. In fact, a research study conducted six years ago found that over a third of Israeli women who suffer pregnancy or infant loss go on to develop post-traumatic stress disorder (PTSD).

Rapoport’s mother, Rebecca Dreyfus, who then lived in Australia, wanted to find a way to help.

She had heard of Red Nose, an Australian organization dealing with this issue that began in 1977. Inspired by that foundation, as well as similar groups in the United Kingdom and United States, she encouraged her daughter to start a similar organization in Israel. 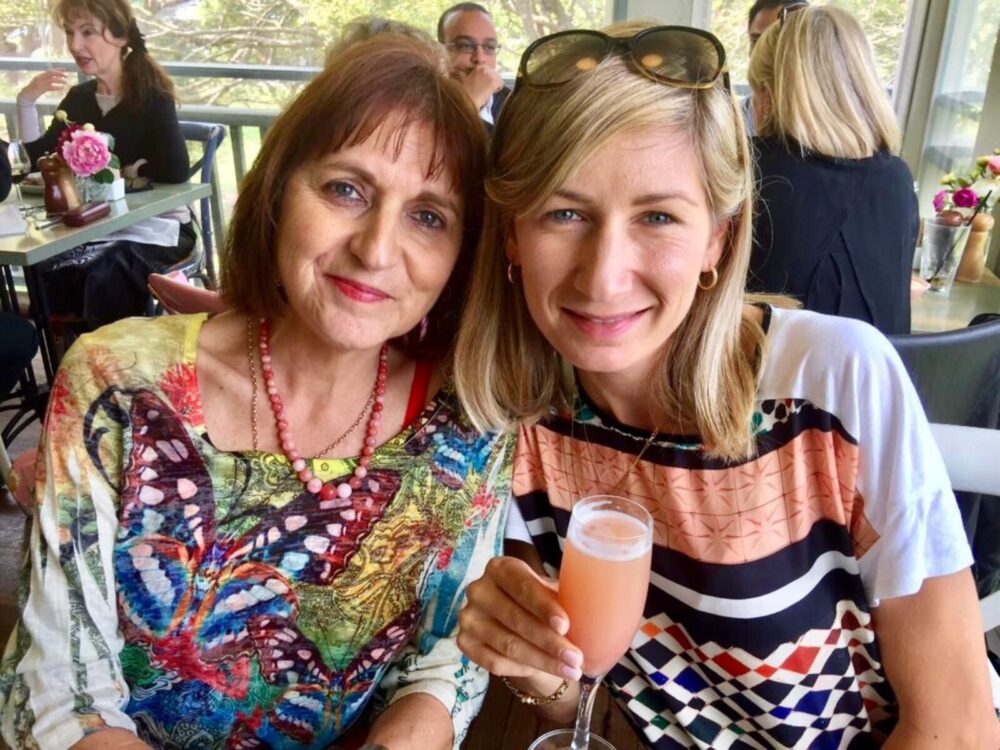 Rapoport did so, with the help of Joey Gelpe of Jerusalem, whose second daughter arrived stillborn in 2017. The name they chose for the organization refers to memorial candles and to the healing power of hope.

Established in January 2019, Candles of Hope provides wide-ranging support, information and educational services to families and healthcare professionals throughout Israel.

Its recent annual conference drew 190 people, including both families and medical professionals.

Candles of Hope operates support groups face-to-face and on Zoom; information on miscarriages, stillborn and newborn deaths; and information on the different burial options available for Jews, Christians and Muslims.

In addition, the organization runs workshops for medical professionals and training courses for group facilitators to run support groups. Its volunteers guide hospital staff, including midwives and gynecologists, to provide “nuanced care” to grieving families.

Part of Candles of Hope’s mission, Rapoport said, is to offer support and care to “all the different communities that make up Israel,” including speakers of Arabic, Amharic and Russian.

“When it comes to loss, it’s easier to express grief in one’s native language,” Rapoport said.

Currently, the Israeli medical system has no standardized care to deal with pregnancy loss and stillbirth, Rapoport said, so the organization is lobbying to change that.

The Ministry of Health has a manual about how pregnancy loss and stillbirth should be treated, but she said there is no accountability. Rapoport hopes to introduce new guidelines into the Israeli healthcare system.

After a normal birth, Rapoport said, mothers and their children are registered in the national health care system. Then, during routine check-ups of the newborn baby, professionals can find out if the mother is experiencing postpartum depression and get her the help she needs.

“But a woman who has experienced a pregnancy loss or stillbirth falls into a black hole,” Rapoport said. “There is no follow-up for her in the healthcare system.”

She said that there are simple ways to remedy the situation, adding, “This is an easy fix.”

While celebrities around the world have talked about their infant losses, the subject is still taboo, Rapoport said. She doesn’t think the problem is uniquely Israeli, however.

“People everywhere don’t know what to say after a loss like this,” she said, but she advises people that “it’s better to say something than nothing.”

“They shouldn’t minimize the loss by saying ‘Don’t worry, you’ll get pregnant again,’” Rapoport said. Although Rapoport went on to have two healthy daughters, now two and four, “families still grieve a loss that wasn’t lived.” 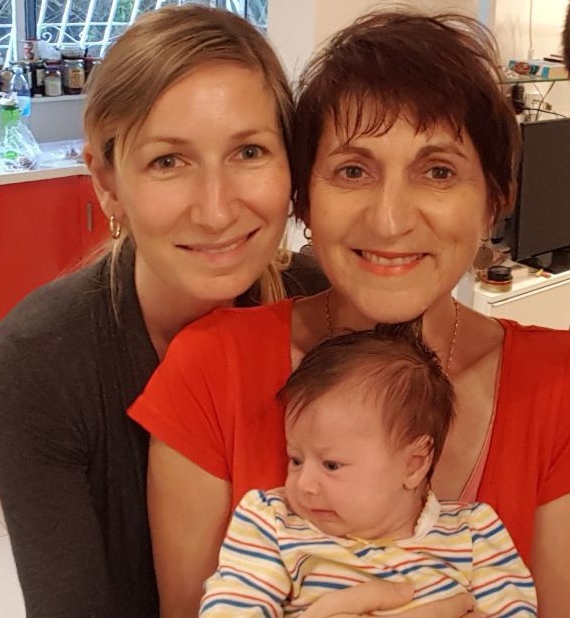 Elysa Rapoport with her mother, Rebecca Dreyfus, and Rapoport’s baby, Livi, born after her miscarriage a little more than a year earlier. Photo courtesy of Elysa Rapoport

A 32-year-old woman who asked to remain anonymous described her experience participating in a Candles of Hope 10-week support group.

The woman, who suffered a stillbirth, said that the support group “made it possible to hurt together, to feel understood…We let the tears flow and sometimes that’s what you need.”

Rapoport said that her mother, Rebecca Dreyfus, had the chance to meet her granddaughters before she died last year.

“One of the driving forces for Candles of Hope is my mother’s legacy and memory,” Rapoport said. “She always told me that no problem is too big for me, and this is what makes me keep going.”

Further information on Candles of Hope can be found here.