“We didn’t sleep all night because of the booms,” a mother from Israel’s southern region told Alisa Bodner, who works with the nonprofit organization LOTEM-Making Nature Accessible. The mother had come with her 10-year-old son on a bus full of special-needs children and their parents for a peaceful outdoor respite up north last week.

It’s impossible to quantify the psychological fallout of the incessant barrage of missiles hitting Israeli towns. On average, there has been a tzeva adom (literally “color red,” or Code Red) siren every 10 minutes since Operation Protective Edge started on July 8, preceded by weeks of escalated attacks from Gaza.

This is not a novel situation for Israelis. Intermittent terrorism and wars since before the founding of the state in 1948 have bred a culture of caring second to none. Whenever Israelis find themselves in the crosshairs, existing organizations and ad-hoc groups, private and government-funded, rush into the fray to help. In child-friendly Israel, vulnerable kids are a primary focus of attention.

During the first week of the conflict, hundreds of children from Gaza-area regional councils were bused to Israel’s Knesset and to the president’s residence in Jerusalem for a day of impromptu summer camp.

LOTEM, a partner organization of the Keren Kayemeth L’Israel-Jewish National Fund- (KKL-JNF), launched Tzeva Yarok — Code Green – for southern children with special needs. Many of them also suffer from post-traumatic stress disorder (PTSD) due to the shelling from Gaza. 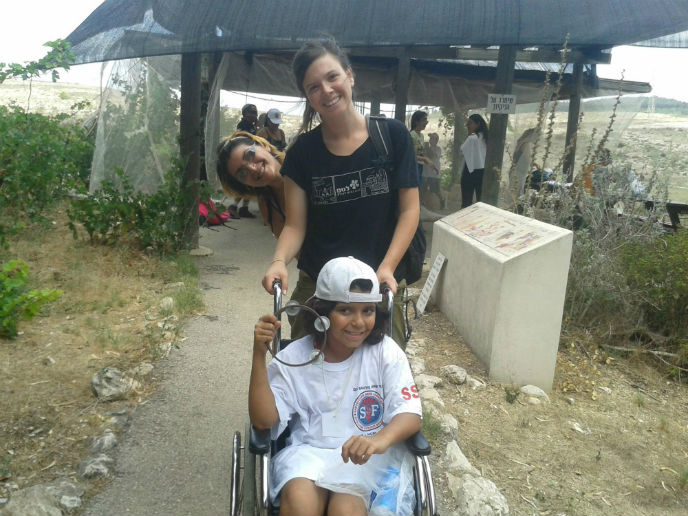 LOTEM takes children with disabilities on hikes far from the conflict zone.

“We are running emergency activities, taking special-needs groups from the South on nature outings to the North out of harm’s way,” Bodner tells ISRAEL21c. “These encounters with nature and open spaces will provide respite and relief for children who have been confined to the indoors and are so used to hearing the Code Red sirens.” 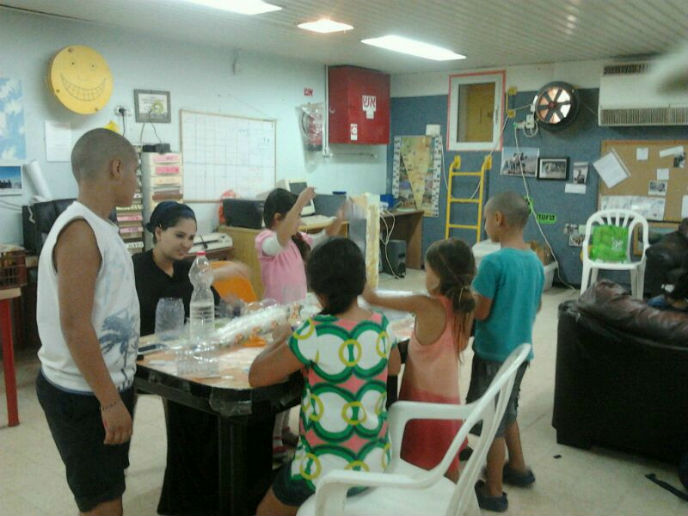 Green Horizons counselors do activities with children in bomb shelters such as this one in Beersheva.

Green Horizons belongs to the Union of Youth Organizations, which has organized a busload of student volunteer counselors to travel to at-risk cities and lead activities for kids from morning to night so their parents can go to work.

Another organization, Tarbut L’Yisrael (Culture for Israel), is sponsoring bomb-shelter concerts by independent musicians unable to get gigs because of the conflict. 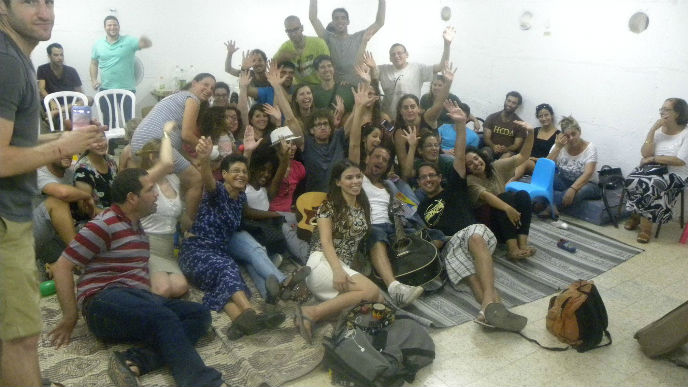 Musician Yonatan Miller, who starred in a popular 1980s children’s TV show in Israel, has performed Tarbut L’Yisrael shows in Ashkelon and other cities in missile range. “If the situation continues, ironically I’ll probably have work every day,” Miller tells ISRAEL21c wryly. He has translated John Lennon’s “Imagine” to sing to the kids.

Rumbak says that Green Horizons took a group of 50 teenagers northward for a week of hiking and traveling. “We took them to meet people like a Druze sheikh and the Arab and Jewish owners of an ice-cream shop.When everything ends, we all need to live together, so we are working to counteract hatred and intolerance.”

Tzeva Lavan L’Zugot HaDarom (Code White for Couples from the South) was started by two Israeli women to provide alternative wedding venues for engaged couples from Gaza-area municipalities of the Negev.

Throughout the Negev, not only are wedding halls closed but also academic campuses that ordinarily would be in summer session. However, through the Volunteering University Project of the Student Union, Ben-Gurion University and the Beersheva municipality, about 300 university students are using their forced downtime to answer hotlines, staff daycare centers, help out at the Beersheva Magen David Adom first-response station, transport gravely ill Gaza residents to Israeli hospitals and make home visits to the disabled. Entertainers Yirmi Kaplan and Jacko Eisenberg recently held a special show in a bomb shelter for these volunteers.

Several existing and makeshift organizations are concerned with another vulnerable population – animals. The Society for the Prevention of Cruelty to Animals invited southern residents to bring their pets for free to the organization’s shelter in Tel Aviv for the duration of the conflict.

Pets and strays suffer from the noise and unpredictability of sirens, falling rockets and interceptions made by Israel’s Iron Dome anti-missile defense system, says Khaya Dinsky, a special-education teacher and animal-rescue activist in hard-hit Ashkelon. She tells ISRAEL21c that many dogs run away and get lost due to their fear, and the street cats she feeds are hungrier and more numerous. “I’m assuming that’s because others who feed them have left town or feel too scared to go out to the feeding stations.”

It’s not just cats who are suffering from food insecurity in this situation. On July 20, volunteers at Leket Israel’s logistics center in Ra’anana packed hundreds of food parcels for needy families in the South. The leading food-rescue organization will distribute the packages to nonprofit partner agencies in Sderot, Ashdod, Ashkelon, Netivot and Ofakim. 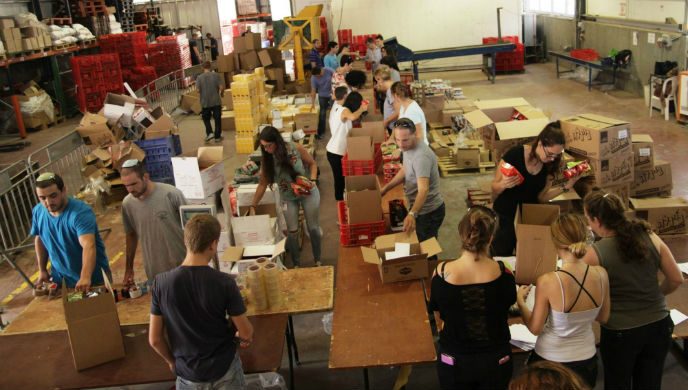 “In these difficult times, Leket Israel is working hard to provide for those most affected by the situation, especially the poorest populations, in our ongoing support of the communities in the besieged South,” commented Joseph Gitler, Leket Israel’s founder and chairman.

Meanwhile, professionals who work year-round providing trauma and resilience care have shifted into high gear. The member organizations of the Israel Trauma Coalition (ITC) are conducting home visits, monitoring personnel for signs of burnout and working with the local authorities to ensure a seamless provision of trauma care.

“The psychological stress amongst the population following the failure of a ceasefire agreement is high,” reported ITC Director Talia Levanon on July 16. “The precariousness and volatility of moving between hope and despair, between ceasefire and the expansion of the war is taking its toll and there is a high price to pay.”

Psychological counselors at the ITC’s five resilience centers are providing relaxation techniques and self-care tools to many residents in distress. Over one 24-hour period, Levanon reported, the Southern Resilience Centers treated 91 people suffering from extreme anxiety.

“The needs for individual and group intervention and treatment keep rising at an unprecedented rate,” she said. “Most of the requests are for toddlers, the elderly, new immigrants and those with special needs.”