The hit TV show “Orange is the New Black” may have made women’s prison trendy but jailhouse garb is anything but stylish. Not so at Neve Tirza, Israel’s only women’s prison, which recently held a fashion show of couture designed by inmates.

The show was part of a reeducation and rehabilitation project spearheaded by prison director Lieutenant Colonel Sarah Friedman and Ido Recanati, head of the Department of Fashion Design at design school Studio 6B. Neve Tirza prison was established in 1968. It is designated for 226 Israeli female prisoners and detainees, and residents of the territories. According to the Israel Prison Services (IPS) website, Neve Tirza’s professional staff operates simultaneously on several levels:‏ Medical Services, Social Welfare (including drug rehabilitation), Education (both formal and informal frameworks), and Employment, which includes vocational training towards certification by the Department of Labor, with the goal of economic independence to stave off recidivism.

The prison sewing workshop in Neve Tirza is one of several employment centers within the prison. Production is mainly prosaic — bean bag chairs, breastfeeding covers, childrens’ mattresses and medical textiles — but compared to working in the kitchen, the corrugated box factory or the print shop, it offers some creativity plus the highest salary (NIS 800-1,200 per month, according to research by criminologists Dr. Gila Chen and Dr. Tomer Einat, as cited by an article in Xnet – Yediot Aharonot). 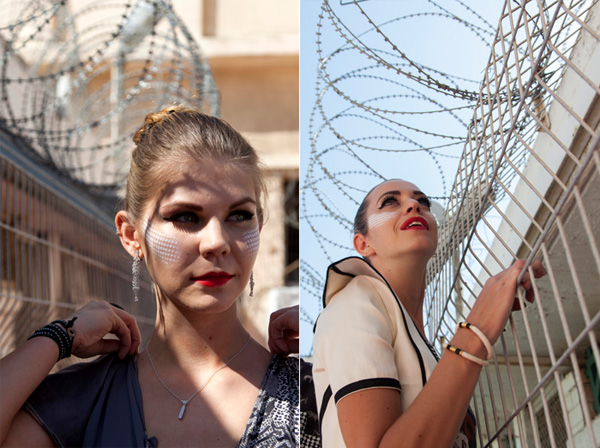 The project was initiated by the IPS which issued a tender for a sewing course to be held in the prison. According to Xnet, “Studio 6B won the tender and put professional instructors Eva Vincent and Ori Topaz in charge, with Topaz also overseeing the technical side of the new project”. The 6B team selected six outstanding inmates who had completed the first course and started a second, 12-session course that combined technical training and design from formulating a concept, patterning, and on through garment construction. The six outstanding inmates were assigned each a 6B fashion school student and the pairs worked on a joint design project. 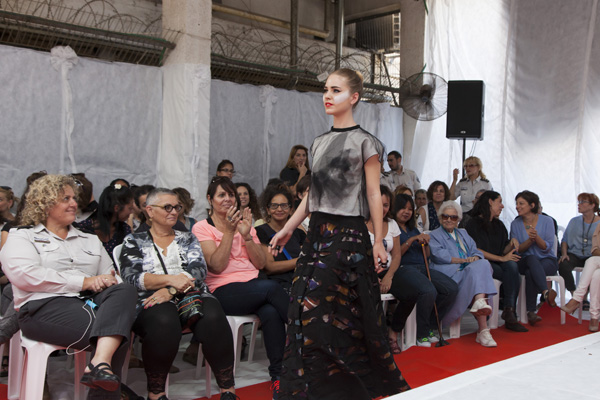 Recanati told Xnet that, “This project also has value for students because it allows them to work in a team with people, strengthens their self-confidence and helps them define themselves in relation to others.” The project is 6B’s third in social responsibility partnerships for women’s empowerment.

The resulting fashion lines presented on October 27 at a show held at the Neve Tirza prison itself. Emceed by actress Keren Mor, a string of professional models strode the red carpeted runway against a background composed of fencing and barbed wire, clad in creations inspired by the idea of “freedom” in all its forms. 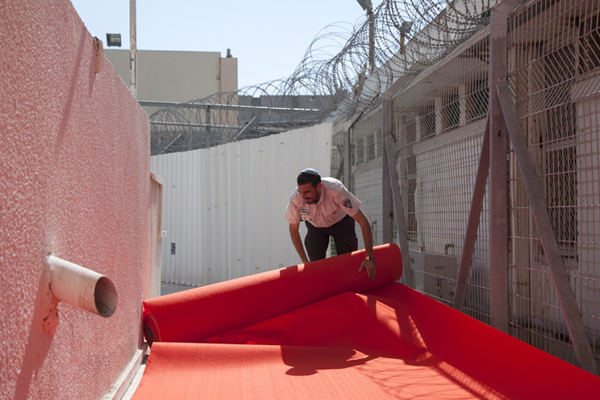 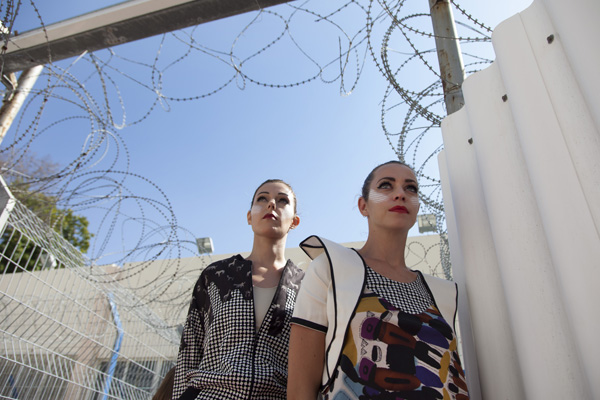 The show received international coverage via the Associated Press. MSNBC TV show Lockup, which had visited Neve Tirza in 2012, posted a link to their Facebook page. Two years ago, Lockup had been impressed by the prison’s petting zoo, meditation room, dance and art classes, as well as the fully-equipped maternity ward. This time, the MSNBC show continued to be impressed, commenting, “They weren’t so fancy at Neve Tirza Prison in Israel when Lockup visited! Check out their inmate fashion show. Can you imagine this happening in the US?” 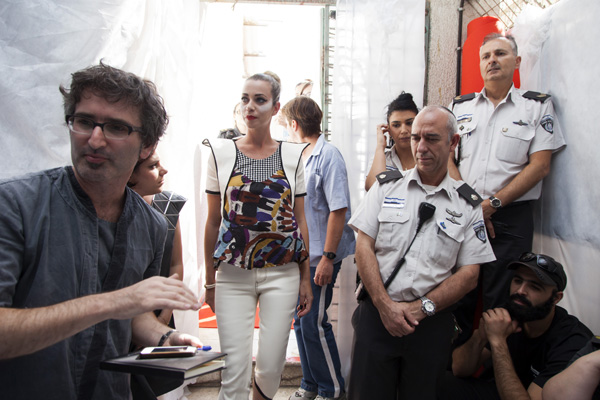 All photos by Aviad Herman. Published by permission. Models volunteered their services via the Galit Tal modeling agency.