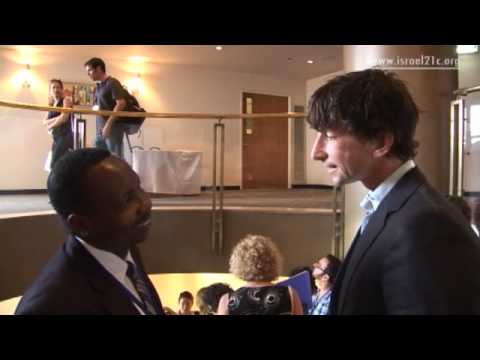 Irish rock musician Bob Geldof saluted Israel’s work in helping African populations during his keynote talk at the International Conference “Israeli involvement in Africa: Past, Present and Future” a recent convention of IsraAid. Geldof is well known for his 1985 Live Aid concert that raised almost $250 million to fight hunger in Africa.

The conference drew businessmen, doctors, artists, musicians and media personalities from a variety of places and fields, all looking for ways to expand on IsraAid’s humanitarian initiatives and inspire new ones.

Geldof was joined onstage by Israeli musician Idan Raichel, who is the goodwill ambassador for the Israeli medical charity Save A Child’s Heart; and Itay Anghel, an Israeli journalist and filmmaker who organized the Congo Bandaid campaign, which provides medical help for Congo rape victims.