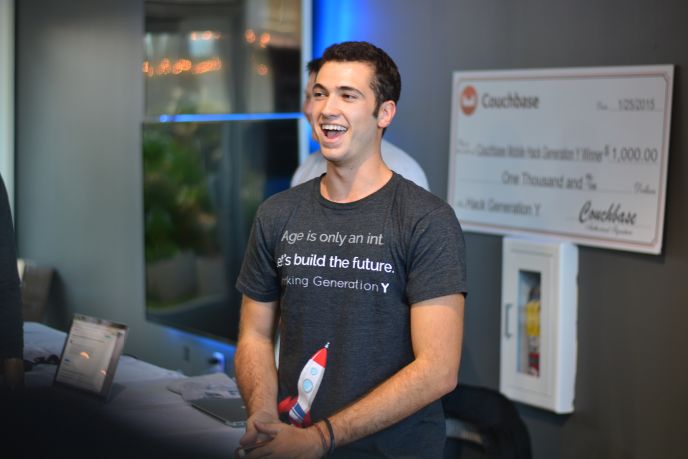 Michael Matias believes every teen should run a startup.

Michael Matias believes every teen should run a startup.

If you could create a symbolic portrait of Israel’s youthful startup culture, it might look a lot like Michael Matias of Tel Aviv.

At 19, Matias has already made an international splash as an entrepreneur and tech visionary.

After graduating as valedictorian of the class of 2014 at the Walworth-Barbour American International School in Even Yehuda – where he captained the robotics, varsity tennis and Model UN teams – Matias took off for Silicon Valley to intern for eight months in Google’s Irrational Labs with Dan Ariely, a noted Israeli-American behavioral economist.

During his internship, Matias founded Hacking Generation Y, a 36-hour coding competition model to promote entrepreneurship among high school students. The first one was organized in just two months.

“Most hackathons are targeted to college and post-college students, almost completely disregarding the younger generation,” Matias tells ISRAEL21c in an interview two days before beginning his four-and-a-half-year service in an elite IDF technological unit.

“I organized HackGenY to bring together top high school minds from across the world. We got 1,200 applications and partnered with Google, MIT Launch and Tango, along with 30 other sponsors. We had judges and mentors from Google, Facebook, Yahoo, Apple, Intel, VCs Andreessen Horowitz and Upwest Labs, and several angel investors. And we were able to get sponsors to cover participants’ air fare.” 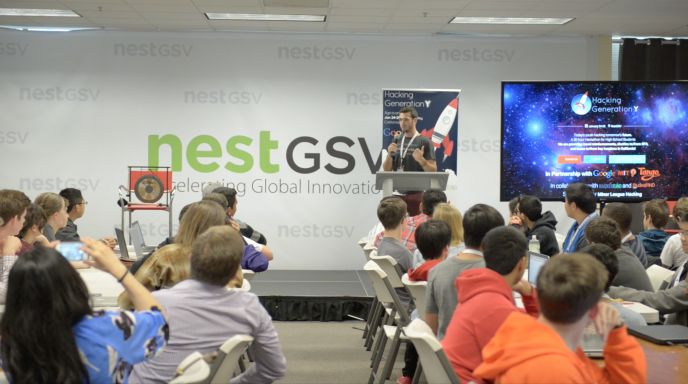 The 450 kids chosen to participate in HackGenY Silicon Valley (from 10 countries including Israel) created prototypes such as an Oculus Rift headset integrated into a wheelchair and a reverse-engineered Tinder dating app used 4,000 times during the hackathon. Several days later, Matias and partner Yonatan Oren, a California teen, were asked by students in Jamaica to organize a hackathon there. That event took place in April, drawing 150 participants.

“In light of that success, we’re bringing HackGenY to Israel in June, and to make it more special we’ll do HackGenY India in Bangalore that will be livestreamed at the same time,” says Matias, who is working with fellow Israeli whiz kids Iddo Gino and Mickey Haslavsky. Haslavsky is also serving in the military now.

“Every entrepreneur has challenges, and ours will be organizing the hackathon while in the army,” says Matias.

He gave a TEDx talk in Palo Alto, “Why Every Teen Should Run a Startup,” describing his experience co-founding AnyMeal— a platform to help people discover restaurants and dishes suitable for their diets and eating preferences – with a fellow participant from a 2013 MIT Entrepreneurship Summer Program in Boston. He has done motivational speaking in Tel Aviv, New York and Munich.

“Every person in my family is driven and accomplished,” he relates.

His mother, Shavit Matias, was deputy attorney general of Israel between 2004 and 2013. His father, Yossi Matias, is vice president-engineering at Google,managing director of Google’s R&D Center in Israel and founder of Google Campus Tel Aviv.

His musician brother, Or, graduated from New York’s Juilliard School and is working on Broadway. His sister, Lian, runs a Tel Aviv wedding-planning startup called My Day.

“She just had baby and I see how she holds the baby in one arm and writes emails with the other,” says Matias. “We all work together and support each other. I believe that your environment is what makes you what you are. Surround yourself with motivated people who care about you, and you’ll succeed.” 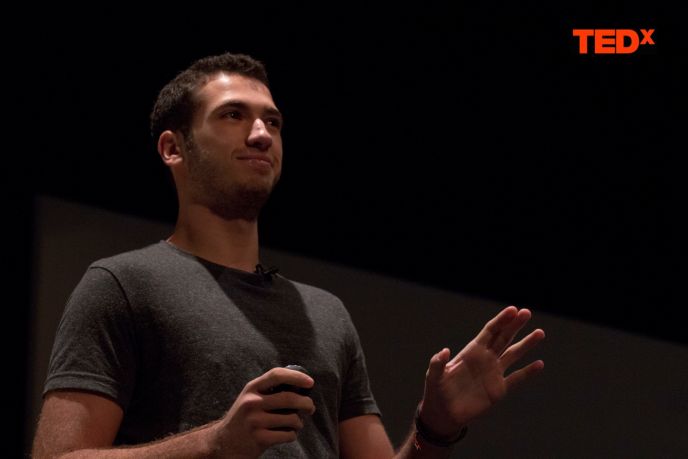 When he was in second grade, his family moved to California for three years while his parents took advantage of professional opportunities.

After the Matias family returned to Israel, Michael continued his American-style education by enrolling at the American International School. “This school was such an inspiration for me, and led to my innovative and adventurous mindset,” he says, adding that “99 percent of my drive is due to Israel and living in the startup nation.”

In 2012, Matias participated in the Stanford Summer Program EPGY (Education Program for the Gifted Youth), followed the next summer by the MIT program. In 2013, also during his summer vacation, he worked with a team at Google Tel Aviv on a search function for students that computes geometric formulas with 3D modeling and guides the solution of mathematical equations.

What’s next for Matias?

“For the past year and a half, my motto has been ‘If you have a cool idea right now, follow it.’ Right now I’m excited about high-tech,” he says.“But I can tell you that one of my lifelong dreams is to build a horse ranch and become a math teacher. Whether I’ll do that at 25 or 40, who knows?”