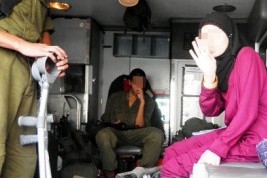 Dr. Oscar Embon, Ambassador-designate Lars Faaborg-Andersen, head of the Delegation of the European Union to Israel, and his wife visit a toddler brought from Syria in critical condition to Ziv Medical Center. Photo by Simon Haddad

A European Union official was overwhelmed during a recent visit to the Ziv Medical Center in Safed and couldn’t heap enough praise on Israeli medical staff there.

Ambassador-designate Lars Faaborg-Andersen, head of the Delegation of the European Union to Israel, commended Ziv staff for their medical treatment
to Syrians injured in their country’s civil war. “I was deeply impressed by the dedication of the medical staff that
is sparing no effort to provide the injured patients, many of them children,
with the best possible medical care,” Faaborg-Andersen said in a statement.
“This commitment to the welfare of other human beings, regardless
of the fact that they belong to an enemy nation, should be a source
of pride to all Israelis.” Shortly after Faaborg-Andersen’s visit, a 26-year-old mother gave birth to her seventh child by Caesarean section. The mother, brought to Ziv by the IDF, told doctors that her parents and brother were killed during a bombing on their village. She said their house was destroyed and that her family now lives in a tent and survivse on water and rice.
This is the second birth of a Syrian baby at the Ziv Medical Center.

Earlier this month, the first Syrian baby to be born in an Israeli
hospital was delivered at the Safed center.

Ziv Medical Center has treated 177 Syrians to date. Another emotional triumph took place in September when an eight-year-old Syrian girl — whose leg was severely
shattered in the conflict area near Daraa – walked out of
Ziv after two months of complex operations. She was the
youngest patient ever to receive the Ilizarov technique of external
fixation. 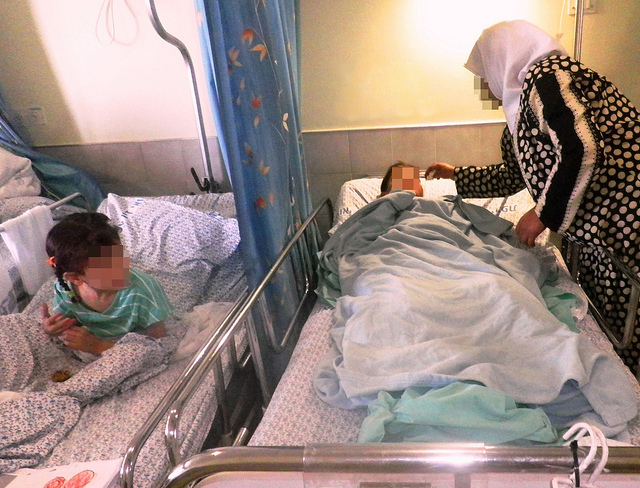 “Use of this method has enabled us to save the child’s leg. The
external fixation is so stable that with the completion of the treatments
to reconstruct the shape of her leg, the child was able to get out of
bed and walk around her room while fully treading on her leg,”
said Dr. Alexander Lerner, head of the orthopedic department.

Dr. Oscar Embon, director of Ziv Medical Center, says that the medical
team treats all the casualties with equal devotion, but added that the
treatment of young children is especially moving. “Treatment of
children always raises emotions, especially when it is clear that they
are not involved in the hostilities and are victims of the situation.
The fact that the young girl who was brought to Ziv in critical condition,
on the brink of amputation, is able to stand on her leg today is very
exciting for us all. Moments such as these are the greatest reward that
the medical and para-medical staff could wish for,” he said.

UNCOVER ISRAEL - Get the ISRAEL21c
Weekly Edition free by email
Sign Up Now!
Bring Israel's story to life.
Millions of people around the world rely on us to gain a deeper understanding of Israel. We are the trusted source for original content you won't find anywhere else.
You can make a difference. Donate today to support journalism that brings Israel’s story alive.
SUPPORT ISRAEL21c
Read more on:   poriah hospital, Ziv Medical Center, Syria, Israel-Syria, babies, Rambam Health Care Campus, Spotlight on Israel, Hospitals