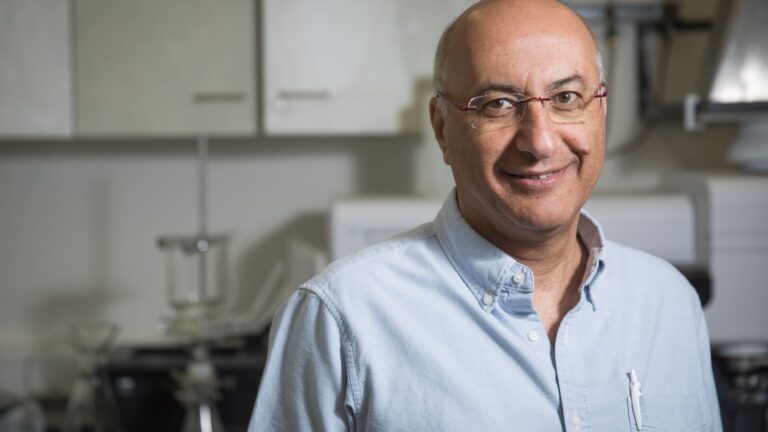 Israeli professors Shlomo Magdassi and Daniel Mandler were part of a research team that invented a window-coating material to block out the sun’s heat without blocking views.

“The research outcome is expected to enable fabrication of unique windows that will result in energy savings,” said Magdassi, an expert in material science and nanotechnology at the Hebrew University of Jerusalem.

The electrochromic window project, as reported in Ceramics International, was led by Prof. Alfred Tok of Nanyang Technological University (NTU) in Singapore, in collaboration with the Hebrew University researchers.

NTU has a joint research program with Hebrew University. Magdassi and Mandler, who have been working with NTU since 2010 to create new nanomaterials, currently are on a sabbatical semester there.

The coating incorporates nano-sized amounts of advanced materials such as titanium dioxide and tungsten trioxide to block up to 70 percent of infrared radiation coming from the sun, while allowing in up to 90% of the sunlight.

This heat-blocking capability would be activated by electricity; users could switch it on and off as needed. Using it in hot weather could lead to significant savings on air conditioning.

The scientists say the inexpensive, durable coating material is about 30% more effective in regulating heat than are existing types of electrochromic windows, which are tinted to reduce light coming in but do not block infrared rays.

The project was funded by the CREATE program of Singapore’s National Research Foundation. Further tests of the material will be done at iGlass Asia Pacific with an eye toward incorporating smart windows into its sustainable building projects.

UNCOVER ISRAEL - Get the ISRAEL21c
Weekly Edition free by email
Sign Up Now!
Bring Israel's story to life.
Millions of people around the world rely on us to gain a deeper understanding of Israel. We are the trusted source for original content you won't find anywhere else.
You can make a difference. Donate today to support journalism that brings Israel’s story alive.
SUPPORT ISRAEL21c
Read more on:   News, Technology, Environment, Shlomo Magdassi, Nanotechnology, hebrew university