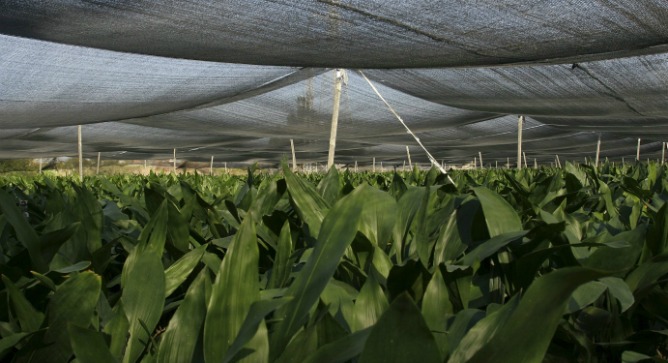 Israeli plants will be protected from bugs naturally. Photo by Chen Leopold/Flash 90

An Israeli company has developed a natural, non-toxic bug repellent that masks the smell of plants and flowers –– and possibly even people. It’s like putting a nose plug on bugs so they can’t smell or detect a potential host.

Founded by Yaniv Kitron, EdenShield is developing the product into a spray coating for greenhouse covers and as an extra layer of protection on the nets meant to keep out disease-carrying insects such as the kissing bug and the mosquito. EdenShield’s natural extract –– which comes from a bush that grows in Israel, the Sinai desert and Jordan –– is already being tested in Israeli greenhouses.

“These plants have evolved to survive in stressful desert environments, so the plants eventually develop compounds that help them exist and survive in these kinds of environments,” Kitron tells ISRAEL21c. “In the same species of plants found in other geographic regions you won’t find the same concentrations of these compounds as in the deserts here.”

A future told from Bedouin tea

The idea came from existing knowledge of the plants in the region, and from information based on folkloric medicine, he adds.

Unlike pesticides, this new natural extract does not kill tiny insects such as thrips, whiteflies and the tomato leaf miner. Conventional chemical pesticides that do this job not only kill the pests but also eliminate the natural predators of the pests. The result is that the pests eventually evolve to become more resistant to the pesticide and then have few natural enemies to temper the population’s growth. 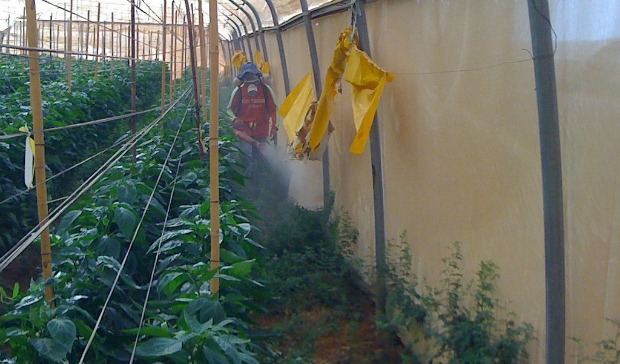 The product being applied to the anti-insect screens of an organic bell pepper greenhouse.

Kitron explains: “As far as we’ve seen, this product really falls into a niche. There isn’t anything that I know of that works in this way. Usually pesticides are aimed to kill or alter one of the stages which affect the lifecycle of the pest, but odor-masking and repellents are not very popular because products like NEEM are not so efficient in their repellent effects.”

In order to protect his business interests, the name of the bush will be kept secret. But Kitron, a medicinal herb expert who is a partner in the natural cosmetics company Herbs of Kedem, says that this particular bush has been used for centuries by Bedouin in tea as a way to counter inflammation.

Although the extract has been proven to be non-toxic, Kitron is still analyzing its chemical makeup in order to determine which molecule in the bush produces the repellent effect. He strongly suspects that the extract does not smell bad to the bug, but somehow masks the odor of the plants the pests would otherwise attack.

Funded with money from Israel’s Chief Scientist’s Office and the Mofet Venture Accelerator in Kiryat Arba where EdenShield is based, Kitron currently seeks $1.7 million to take his company from incubator stage to commercial product. He also seeks partners from Europe, North America and elsewhere to test the low-cost spray, which appears to be especially effective against the tiny bugs that can move through greenhouse netting. 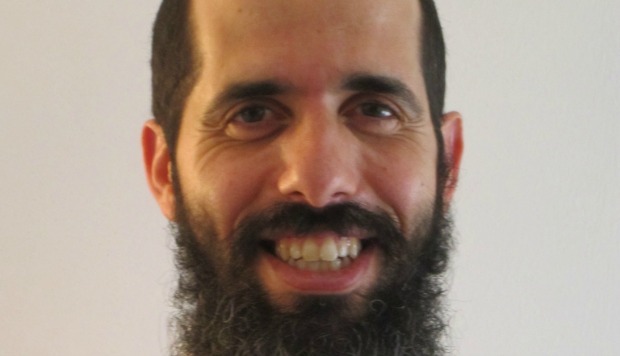 He started focusing on greenhouse netting because it’s an obvious way to proceed without entering the complicated regulatory processes required for plant-applied chemicals, even if natural. Eventually, Kitron suspects, the extract will be refined and will be deemed strong and safe enough to spray right onto plants.

In a parallel direction, he is testing the potency of the product for a humanitarian project: If it works against thrips that attack tomatoes, why couldn’t it protect people against malaria-carrying mosquitoes or kissing bugs (Triatominae)? The kissing bug transmits chagas, a parasite that can cause organ damage and eventually death. It kills 20,000 people a year, and Forbes has called it the new AIDS of the developing world.

EdenShield is also engaged in a breeding program to grow more potent varieties of the repellent bush for commercialization in the future. A product is expected to be ready within two years.

UNCOVER ISRAEL - Get the ISRAEL21c
Weekly Edition free by email
Sign Up Now!
Bring Israel's story to life.
Millions of people around the world rely on us to gain a deeper understanding of Israel. We are the trusted source for original content you won't find anywhere else.
You can make a difference. Donate today to support journalism that brings Israel’s story alive.
SUPPORT ISRAEL21c
Read more on:   Environment, Yaniv Kitron, EdenShield, insect repellent, Agritech