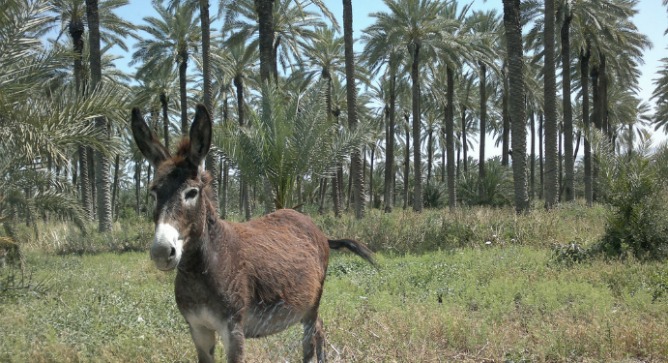 The typical Israel travel itinerary includes religious and archeological sites, museums and a day at the beach. Why not add a “green” destination to learn how Israelis are conserving water, growing organic crops and developing renewable energy?

A couple of years ago, ISRAEL21c offered a top 10 list of eco-trips in Israel, and the niche has steadily been gaining popularity, as evidenced by the recent inaugural International Jerusalem Symposium for Green and Accessible Pilgrimage.

“We offer 10 tours showing the connection between Israel and ecology, which is a very interesting and growing phenomenon from the perspective of green-tech, cutting-edge wastewater treatment, solar energy and the natural gems of the land,” says, Neril, a 32-year-old California transplant with degrees from Stanford University in global environmental issues and sustainable development.

Also an ordained rabbi and editor and contributor to two books on Judaism and ecology, Neril founded the Interfaith Center for Sustainable Development in 2010. Its branches include Jewish Eco Seminars and Eco Israel Tours.

Participants can choose to supplement these tours (led in English, Spanish or Hebrew) with relevant faith teachings from several religions. The website of the Interfaith Center for Sustainable Development links to 40 videos of religious leaders, from the Dalai Lama to Desmond Tutu to Sheik Muhammad Amara, discussing their environmental perspectives.

Judaism and ecology is also among the workshops offered at the Hava & Adam Multidisciplinary Center for Sustainable Living, which runs a non-profit eco-educational farm in Modi’in. Other workshops include mud-building; identifying and using medicinal herbs; and creating crafts from recycled and natural materials.

“Hava & Adam is an interesting place to see what it might look like to live more sustainably,” marketing manager Gili Chupak tells ISRAEL21c. 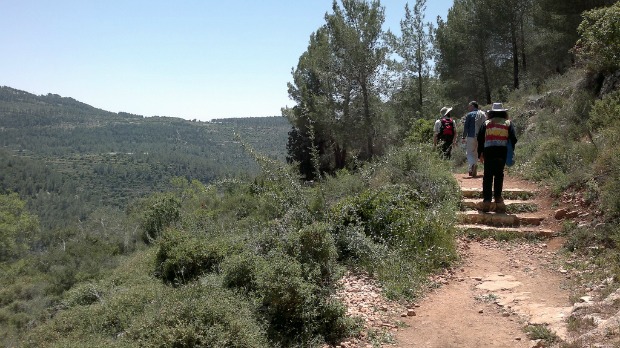 International visitors get an explanation of the farm’s ecological systems, such as solar panels for electricity, compost toilets, and “gray” water nourishing a large variety of organic produce.

ISRAEL21c joined Neril’s guided hike in Sataf Spring Nature Reserve just west of Jerusalem, along the Israel National Trail. Maintained by the Jewish National Fund, Sataf offers a glimpse into the lives of ancient dwellers who built their homes from local mud and stones.

Neril brought along a trowel, bathroom tissue and plastic bags — the modern equivalent, he explained, of the biblical law requiring Israelite soldiers to carry a spade in order to cover their bodily waste and keep the land clean. This concept today is known as Leave No Trace (LNT).

He explains that Sataf was first settled 6,000 years ago, and there is evidence of stone terraces from about 4,500 years ago. These structures channeled water from the nearby mountain spring — which still flows into Sataf today — to nourish vegetable plots, olive trees and grapevines.

“Without terraces, this type of agriculture is not really possible because the water would just run off the hill,” he says. “The terraces are slightly inclined to bring the water to the trees on that terrace, which enables the preservation of scarce water resources. Rain falls only from October to April in Israel and you need to get the most water possible during the other six months.” 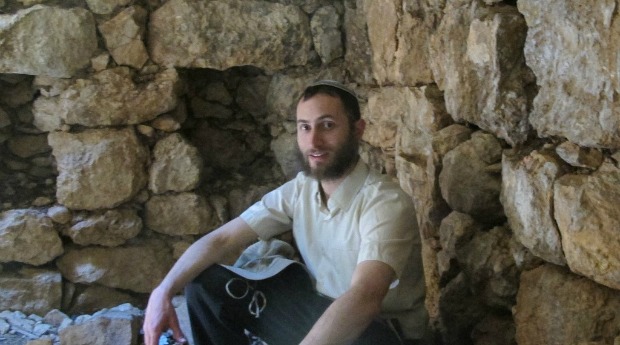 Hebrew has six words describing precipitation – geshem, yored, malkosh, revivim, se’irim, matar. “Language reflects the natural environment, and residents of this environment always had a heightened appreciation for rain because of its scarcity,” Neril says, adding that modern Israel is a world leader in the reuse of wastewater for agriculture.

The birds and the bees

“We are now going to talk about the sex life of the date palm,” says Beni Gavrieli, ISRAEL21c’s guide for Bio-Tour at 75-year-old Kibbutz Sde-Eliyahu in the Bet She’an Valley.

Organic farming in Israel comes down to the birds and the bees, and this two-hour tour shows eco-tourists how it works. American-born Gavrieli explains that Sde Eliyahu has one of the largest organic farming operations in Israel.

The switchover happened around 1974, when kibbutznik Mario Levy, now 90, determined to understand how the Beit She’an Valley was the breadbasket of ancient Israel without chemical pesticides and fertilizers. Wind drift from these substances was sickening the families living near the crops. Eventually, Levy became a regional expert on natural agriculture.

Organic farming isn’t just about banning chemicals and using compost, Gavrieli explains to Bio-Tour visitors from North America, Europe, Asia and Africa. “It’s about looking at what nature provides for us and how to work together with nature instead of against it.” 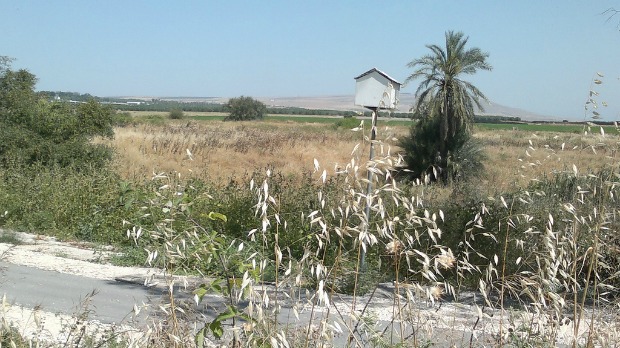 One of 120 owl nesting boxes at Sde Eliyahu. Photo by Abigail Klein Leichman

In the early days, poison was used to control the field mice. Owls ate the poisoned mice, jackals ate the poisoned owls, and a chain of death ensued. Building 120 nesting boxes for owls – and teaching neighboring farmers in Israel and Jordan how to do the same — solved the problem naturally.

As for the dates, pollination of the female trees is done painstakingly by hand, because it yields more fruit than natural wind pollination. However, the trees must be fertilized and weeded, and some of the young fruit gets infested with pests.

A herd of donkeys was introduced about 15 years ago to take care of all these issues. They eat the weeds, and their dung fertilizes the trees. They also eat the infested dates, effectively killing the insect eggs. “They’re like the sanitary engineers for the date plantation,” says Gavrieli.

Since 1983, Sde Eliyahu’s Bio-Bee Biological Systems has been raising and selling natural enemies of common agricultural pests, as well as bumblebees for pollination in greenhouses, across the globe — most recently, in India. Subsidiary Bio-Fly produces sterile male Mediterranean fruit flies, which banish this destructive insect by mating with female flies and preventing their eggs from hatching.

You’ll see all these and much more on Bio-Tour, and you can even buy a t-shirt and organic produce at the end to prove you were there.

UNCOVER ISRAEL - Get the ISRAEL21c
Weekly Edition free by email
Sign Up Now!
Bring Israel's story to life.
Millions of people around the world rely on us to gain a deeper understanding of Israel. We are the trusted source for original content you won't find anywhere else.
You can make a difference. Donate today to support journalism that brings Israel’s story alive.
SUPPORT ISRAEL21c
Read more on:   Sde Eliyahu, Eco Israel Tours, eco-traveling, Environment, Experience Israel, Travel, Eco-Living, Green tech, Sataf