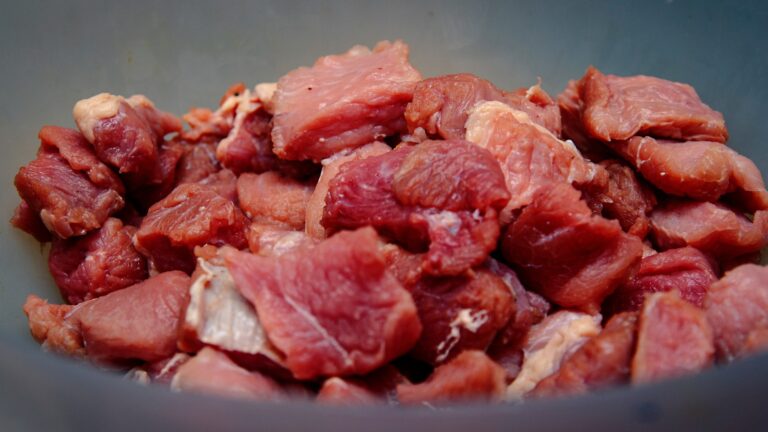 Photo by Usman Yousaf on Unsplash

Humans were predators for about two million years, introducing vegetation into their diet only when larger animals went extinct and animal food sources declined toward the end of the Stone Age, claims a paper published in the Yearbook of the American Physical Anthropology Association by archeologists Miki Ben-Dor and Ran Barkai of Tel Aviv University, with Raphael Sirtoli of the University of Minho, Portugal.

“So far, attempts to reconstruct the diet of Stone Age humans were mostly based on comparisons to 20th century hunter-gatherer societies,” explained Ben-Dor.

“This comparison is futile, however, because two million years ago hunter-gatherer societies could hunt and consume elephants and other large animals – while today’s hunter gatherers do not have access to such bounty. The entire ecosystem has changed, and conditions cannot be compared.”

His team spent about a decade collecting evidence from about 400 scientific papers and attempting to reconstruct the diet of Stone Age humans by examining human metabolism, genetics and physical build. 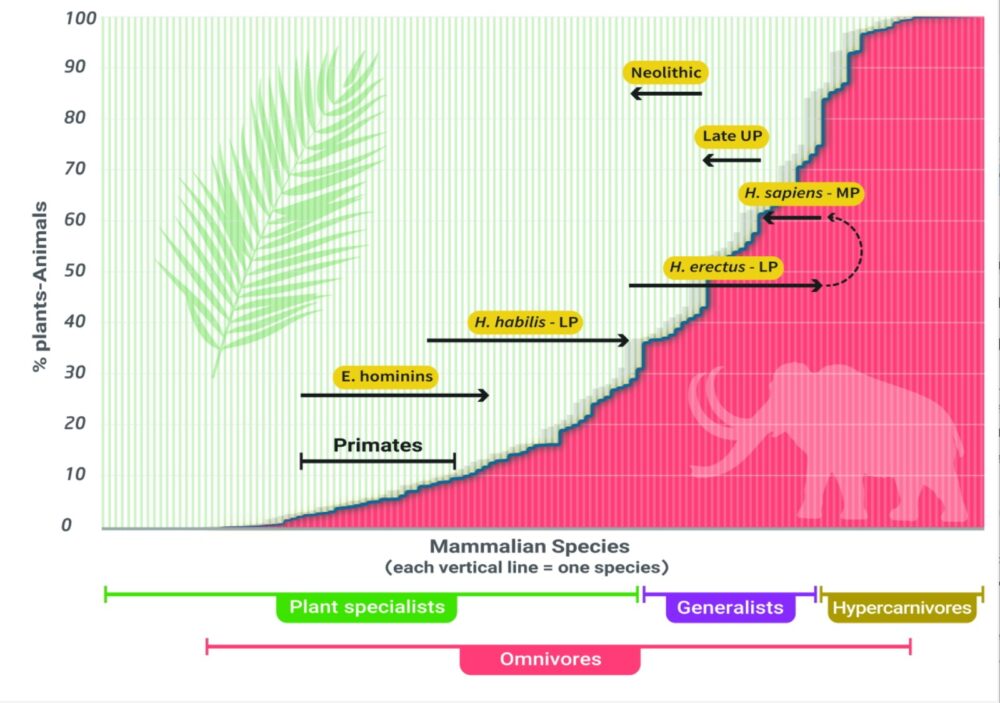 “One prominent example is the high acidity of the human stomach compared to omnivores and even to other predators. Producing and maintaining strong acidity require large amounts of energy, and its existence is evidence for consuming animal products. Strong acidity provides protection from harmful bacteria found in meat.”

Another indication is the structure of the fat cells in our bodies. “In omnivores, fat is stored in a relatively small number of large fat cells, while in predators, including humans, it’s the other way around: we have a much larger number of smaller fat cells.”

These and other pieces of physiological and archeological evidence reinforced their conclusion that Stone Age humans hunted large animals and were hypercarnivores who contributed to the extinction of large animals.

“Archeological evidence does not overlook the fact that Stone Age humans also consumed plants,” added Ben-Dor. “But according to the findings of this study, plants only became a major component of the human diet toward the end of the era.”