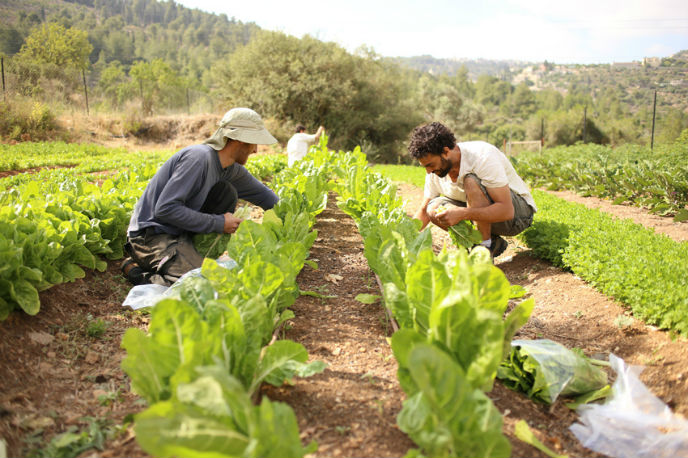 When “Noam” agreed to work at Kaima, an Israeli organic farm employing kids who have dropped out of school, he was just shy of 15, clinically depressed, doing drugs and distrustful of adults.

Within four months, Noam had stopped abusing drugs. He had gained physical strength and began working once a week with a Kaima mentor to research and design a more efficient method for packing and weighing cherry tomatoes. Now he is starting night school to get his high-school diploma.

“We thought we could give these kids something beyond what they get in sessions with a social worker or psychologist,” Kaima founder Yoni Yefet-Reich tells ISRAEL21c about the unique program he started in December 2012. “We were amazed to see how fast our method works.” 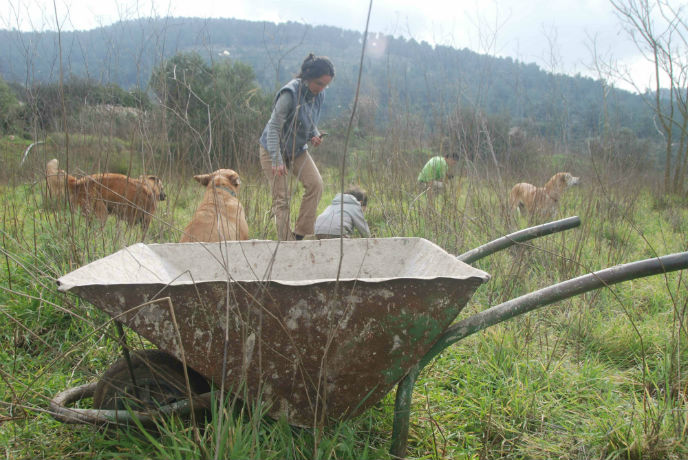 Volunteers cleared the fields before the work began.

That method is based on giving kids responsibility, listening to them and showing them new possibilities for their future. “The real ‘treatment’ at Kaima happens in the field, when we are simply planting cucumbers or picking tomatoes together and having conversations. When you work with youth it’s all about trust. And to gain their trust you have to be there with them,” says Yefet-Reich.

The 15- to 18-year-olds who choose to join Kaima — upon the suggestion of welfare agencies in greater Jerusalem — work one-on-one with staff members and/or adult volunteers for a few months, a year or more.

They earn an hourly wage to plant, tend and harvest as many as 30 different kinds of vegetables destined for 150 customers on Kaima’s Community Supported Agriculture (CSA) plan. Kaima distribution centers have been opened in Jerusalem’s German Colony and in the Jerusalem Botanical Gardens, too. 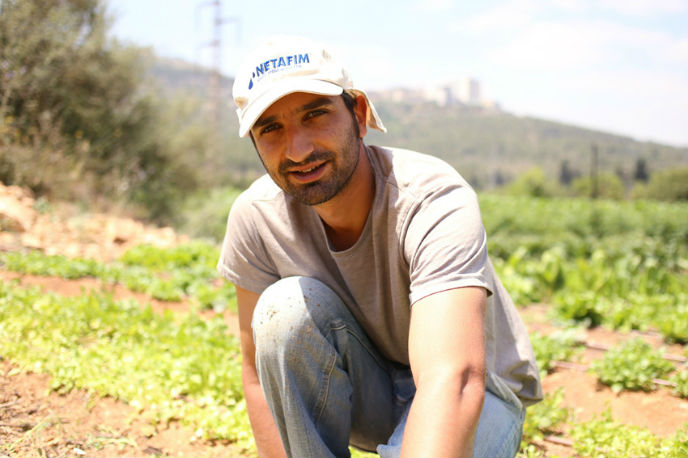 In addition to organic agriculture, the teens are learning a work ethic applicable to any career. One important aspect is arriving on time at 7:30 every morning on their own steam.

“The welfare authorities at first said we’d have to arrange transportation for the kids, and we said, ‘No way.’ We didn’t want to give them the feeling that they’re part of a charity project,” explains Yefet-Reich. “We wanted them to take greater responsibility for themselves.”

Kaima, an Aramaic word for “sustainability,” was conceptualized by Yefet-Reich, a lawyer by training and a graduate of the Ein Kerem Community Environmental School. He earned a master’s degree in nonprofit management from the Hebrew University while heading the informal education program at Reut, a pluralistic religious high school in Jerusalem.

After 10 years at Reut, he gathered a group of teachers, social workers, organic farmers and other young social entrepreneurs interested in creating a farm as a safe place for troubled youth in the Jerusalem area. 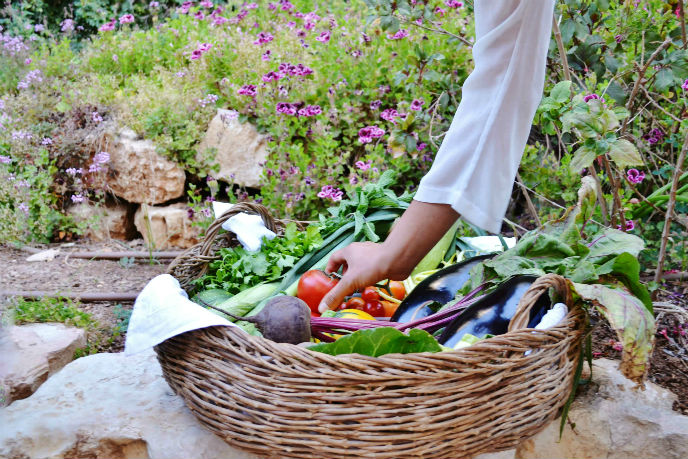 The produce going into CSA boxes is all organic.

On the Beit Zayit moshav (cooperative village) just west of the city, where Yefet-Reich is a third-generation resident, each family has a small plot for agriculture. He asked members who weren’t using their plots if they’d donate them to his project. He ended up with three acres of land. Via Facebook, the group recruited 70 volunteers to come and clear rocks from the soil. By April 2013, the first seeds were sown, and in June a successful pilot was launched.

“The day after we started to publicize that we were selling CSA boxes, we had 40 customers,” relates Yefet-Reich. “A week later we had 60, and now we have 150. We’re not looking for a lot more.”

Income from sales now accounts for 38 percent of Kaima’s budget. “Eventually, we want to get to 60 or 70% income from selling the crops,” Yefet-Reich says. “We are an NGO striving for greater self-sustainability.”

For the initial few years, he aims to cover about one-third of expenses from sales, one-third from government agencies and one-third from philanthropies. The first donor was The Good People Fund in the United States, and other support has come from foundations in Israel, Luxembourg and England. 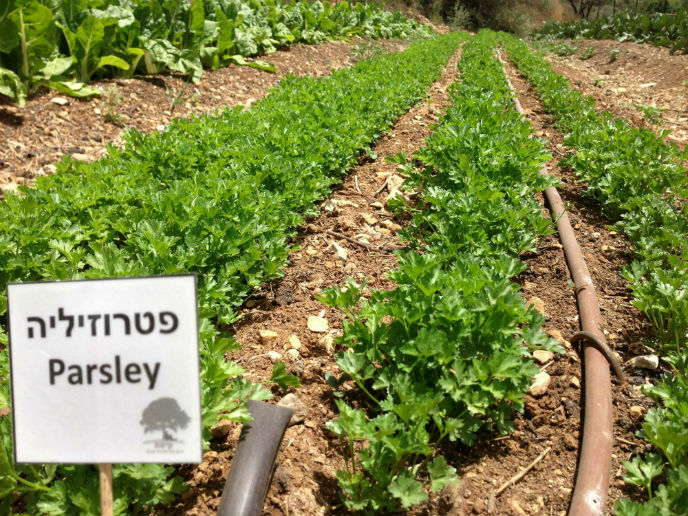 The kids grow as many as 30 varieties at once.

“We want to give the youth with whom we work the power to understand that life is full of things to learn and that exercising one’s curiosity and taking greater responsibility can make all the difference,” says Yefet-Reich.