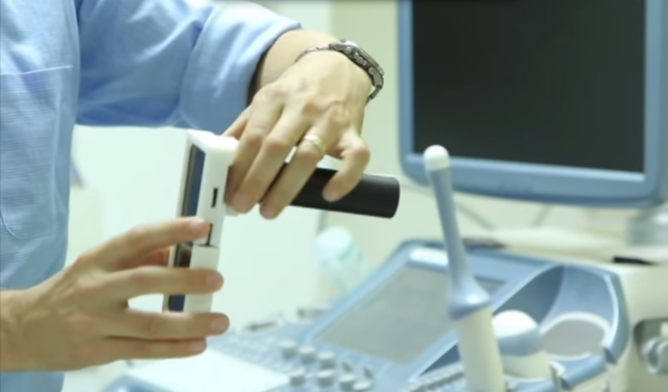 Every two minutes somewhere in the world, a woman dies from cervical cancer, the leading cause of cancer death among women in developing countries. This is an avoidable tragedy, as cervical cancer is easily treatable.

Ariel Beery, a 35-year-old former New Yorker living in Israel, was so troubled by this grim statistic that he and his childhood friend, optics expert David Levitz, determined to do something about it as fast as they could.

Their company, MobileOCT, has developed a low-cost imaging device that transforms a smartphone camera into a colposcope that allows community healthcare workers to detect and treat cervical cancer without need for electricity or running water – or even a clinic. 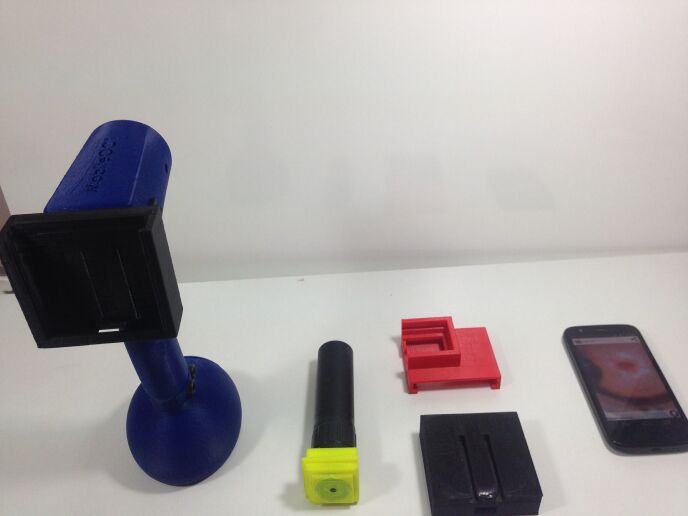 The device and optional attachments

“More than five billion people around the world have access to mobile phones, but not to a physician,” Beery explains. “We can do what a $100,000 device can do on a mobile phone, with 10 times better magnification than using just the naked eye, raising diagnostic accuracy significantly.”

Beery and Levitz have been rewarded with prizes including first place at the International Startup Festival’s December 2013 Elevator World Tour in Tel Aviv, and the $300,000 first prize for a wireless innovation at the May 2014 Vodafone America Foundation awards.

MobileOCT is developing point-of-care diagnostic solutions for oral and skin cancer as well, raising money for each application through crowdfunding to provide devices to partner charities that have agreed to distribute them wherever needed.

Beery tells ISRAEL21c that he focused first on cervical cancer because of the urgent need.

“If we have the potential to save lives, we have an obligation to do so as quickly as possible,” says Beery.

Advanced beta prototypes are already being used to take diagnostic images of patients in Kenya, Botswana, Haiti, Mexico and the United States through collaborations with Partners in Health, Massachusetts General Hospital’s Global Health group, the University of Pennsylvania and Scripps Health in California. The final version of the product will enable optical biopsies as well.

“We learned from partners in the field that they want to start imaging right away, for documentation of sexual violence and training purposes,” Beery explains.

“Healthcare providers worldwide often have little ability to document those cases for legal and healthcare purposes, and they need to understand the effects of sexual violence and follow-on complications that might occur. We have a moral obligation to provide, as quickly as possible, a device they could start doing that with.”

Pending positive results from clinical trials in Connecticut, Israel, California and Pennsylvania, the optical biopsy capability is expected to be added on later. Over time, increasing levels of accuracy could be added to the examinations in the field.

“Our company began as a biomedical optical company, using light to characterize tissue,” Beery explains. “We’re still working toward that as a clinical research aim.”

A toolkit for every community health worker

A physician in Haiti wrote to Beery that MobileOCT’s smartphone device is “a useful instrument which will revolutionize … the cervical cancer screening program in the world [and] simplify many things for doctors, patients and teachers. Because of its capacity to save information about the patients, it will help to track patients and plan follow-up without too much paperwork.”

Gynecologist Bruce Kahn of the Scripps Clinic has said that he believes this breakthrough imaging technology could one day replace the Pap test for cancer and HPV testing everywhere.

MobileOCT’s six staff members and 28 volunteer interns around the world are in daily contact with partner NGOs — such as the International Community Foundation and Fronteras Unidas Pro Salud — to get the devices fine-tuned and available to medical personnel in many low-resource locales.

“The idea is to have a toolkit available to any community healthcare worker, nurse or midwife,” Beery says.

One of MobileOCT’s advisory board members is Dr. Jonah Mink, who in 2012 established MigrantHealth:IL to streamline healthcare for African migrants in Tel Aviv.

As for Beery, he does not have a medical background. He was formerly the cofounder and global CEO of  PresenTense in New York, a community of innovators, entrepreneurs and educators from around the world investing their ideas and energy to revitalize Jewish communities. After six years, he felt the need to participate in a specific innovation. He left PresenTense to start MobileOCT with his childhood friend, David Levitz, who has a PhD in optics.