CEO Shalom Nachshon knows that in a perfect world, his new Israeli company would go out of business. But as the world’s population expands, with more hungry mouths to feed, Catalyst Agtech is trying to make the best out of an imperfect world.

Using scientific research from the Weizmann Institute of Science in Israel, Catalyst Agtech has developed a novel way to detoxify pesticides and herbicides. There are hundreds, even thousands, of chemicals that could be rendered safe to use from this Israeli technology.

Nachshon uses the example of atrazine, a widely used herbicide. Already banned in Europe and possibly next in America, atrazine is effective at killing weeds in crop fields, but after use it migrates down to the water table and lingers for a long time. Atrazine is suspected of contaminating drinking water, and by doing so can cause serious side effects, like cancer.

Catalyst Agtech has developed a solution that may let atrazine and similar commonly used chemicals stay on the shelves in America: a catalyst that, when added as pesticide or herbicides, renders them inactive once they reach the water table. 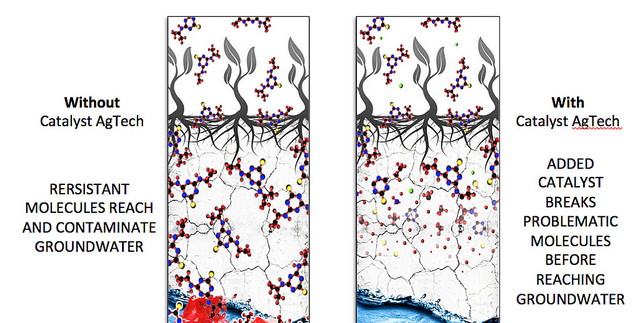 The product breaks down toxic molecules before they can reach groundwater.

The effects kick in once the chemicals start migrating downward together to the aquifer. In anaerobic conditions (those without oxygen), the Catalyst Agtech material works its magic so that chemicals like atrazine will no longer persist, or at least not in great quantities.

Atrazine, says Nachshon, is just one of many chemicals that can be neutralized with Catalyst Agtech.

“Everybody knows that there is an ongoing demand for more food in the world, and there is not a question — only technology will solve this demand,” he tells ISRAEL21c.

“We know the most significant factor for improved growth is pesticides. Using them, we can double the crop yield and prevent diseases on the crops. Pesticides are great in this sense, but the dark side is that they are very persistent. After they do their job of killing herbs or nematodes, the stable molecule does not break down.”

Therein lies the conflict: the pesticide is helping but hurting us at the same time. “On one hand, we need the pesticides to get the yield but on the other hand, we are facing environmental threats,” Nachshon points out. “If you take pesticides out, the yield will be decreased by 60 or 70 percent. It is not marginal. It is the heart of the matter, so we must use pesticides.” 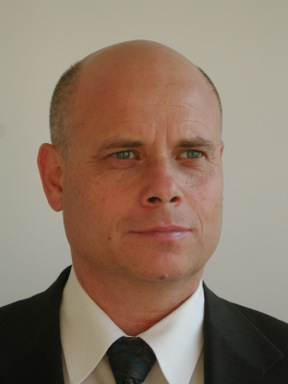 Catalyst Agtech, now a company of five people that started officially in 2013, hasn’t started field tests yet but has been working in the lab and semi-field conditions. The company is incubated at Trendlines Agtech in Misgav, in northern Israel.

Not only can the solution promise fewer side-effects from pesticides, but may also be able to allow currently shelved R&D products by chemical companies back into the pipeline. If a chemical that was designated as persistent but potentially very effective can go to market, humanity will benefit — at least until the agricultural pest problem can be eliminated without chemicals.

Nachshon envisions signing contracts for each chemical in question, seeking royalties for each transaction. Talks are already underway with several manufacturers.

The company currently seeks an investment, and believes its solution will be ready within 18 months. Getting approvals to use it on the market in different regions could take the total development lifecycle to three years from now, Nachshon believes.