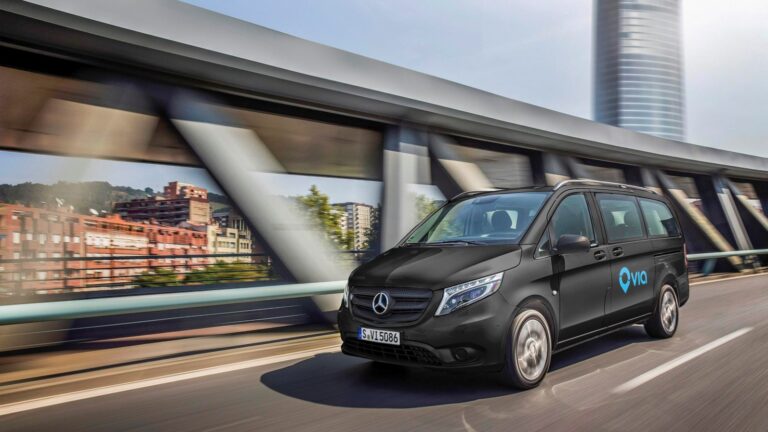 Mercedes-Benz Vans has set up a joint venture with Israeli ridesharing company Via. Photo courtesy of Daimler

Ridesharing company Via reportedly has raised $250 million from the German transportation giant Daimler AG. Via was established in 2012 in Israel and now has headquarters in New York.

The $250 million amount has not been confirmed by either Via or Daimler. Globes  cited “market sources” for the estimate. In addition, the company’s Mercedes-Benz division is investing a further $50 million.

This is not Daimler’s first engagement with Via. The two established a joint venture in 2015 to launch shuttle transport services in Europe.

Via is one of two Israeli ridesharing companies that are disrupting the taxi and private car markets around the world. Gett, the larger of the two, signed a partnership with Volkswagen’s MOIA smart transportation unit. Volkswagen invested $300 million in Gett last year.

General Motors has a partnership with a third ridesharing company, Lyft. (No Israel connection here.) Put the three together and Globes estimates the ridesharing market may be worth as much as $24 billion by 2024.

The company’s technology analyzes mass-transit systems using machine learning to determine where to send its ridesharing cars. Passengers order and pay for a car using the Via app, which then shows where the car is and when it will arrive. Via operates mainly in Manhattan, Chicago and Washington D.C., providing over 1 million rides a month.

Via won’t be starting its European operations in Germany, where Daimler is based, but in London. The two companies will also adapt the Via system to work with Mercedes-Benz vans and for managing electric vehicles and autonomous fleets.

Daimler just launched its first all-electric truck — the Fuso eCanter. The trucks can only go about 60 miles on a full charge, which may be why Daimler made an investment last week in Israel’s StoreDot, which is building a new battery technology that enables a full charge in under five minutes.