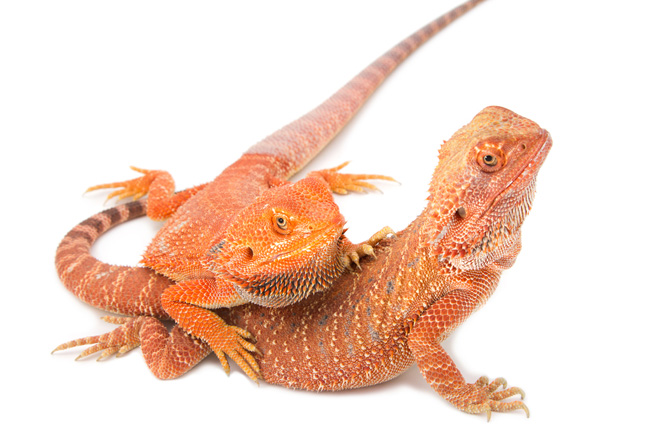 Reptiles that are sexually mature early on are less likely to make it to old age. (Shutterstock.com)

It’s either long life or great sex but not both, according to a new Israeli study on natural life. For now, people aren’t the subjects of this new research but rather snakes and lizards.

In the report, the Tel Aviv University researchers show that reduced reproductive rates and a plant-rich diet increases the lifespan of reptiles.

“There were aspects of this study that we were able to anticipate,” said Prof. Shai Meiri, of the Department of Zoology at TAU’s Faculty of Life Sciences. “Reproduction, for example, comes at the price of great stress to the mother. She experience physiological stress, is unable to forage efficiently, and is more vulnerable to her surroundings. This reflects evolutionary logic. To relate this to humans, imagine the physical stress the body of an Olympic gymnast experiences — and the first thing that disappears is her period. In reptiles, it also increases the probability of being preyed upon.

“We found that reptiles that were sexually mature early on were less likely to make it to old age,” Prof. Meiri said. “Live fast and die young, they say — but live slow, live long.”

The study was led by Prof. Meiri, Dr. Inon Scharf, and doctoral student Anat Feldman of the Department of Zoology at TAU’s Faculty of Life Sciences, in collaboration with Dr. Daniel Pincheira-Donoso of the University of Lincoln, UK, and other scientists from the US, the UK, Ecuador, and Malaysia.

The study also found that eating your greens could also add years to your lifespan.

The team discovered that herbivores — lizards with a plant-rich diet — lived longer than similar-sized carnivores that ate mostly insects. Ingestion of a protein-rich diet seemed to lead to faster growth, earlier and more intense reproduction, and a shortened lifespan. Herbivorous reptiles were thought to consume nutritionally poorer food, so they reached maturity later — and therefore lived longer.

“As a reptile, if you eat plants, you may need to be frugal, take life more slowly, and save your calories for digestion. You are forced to have a slower life, a more phlegmatic existence,” said Prof. Meiri.

The international team collected literature on 1,014 species of reptiles (including 672 lizards and 336 snakes), a representative sample of the approximately 10,000 known reptiles on the planet, and examined their life history parameters: body size, earliest age at first reproduction, body temperature, reproductive modes, litter or clutch size and frequency, geographic distribution, and diet.

“Our main predictors of longevity were herbivorous diets, colder climates, larger body sizes, and infrequent and later reproduction,” said Prof. Meiri. “I stress that you cannot simply transfer the results of a study on lizards to humans — but this is the first study of its kind on reptiles, which does open up an avenue for further research on other factors that lead to longevity of these and other species.”

The research was published in the journal Global Economy and Biogeography.