Here’s a riddle: What can strengthen the immune system, balance digestion and aid in brain and bone development?

The answer is something most of us take for granted: breastmilk. More specifically, the colostrum “first milk” produced by the mammary glands in the first few days postpartum.

Biomedical engineer Maya Ashkenazi-Otmazgin was thinking about the magical qualities of breastmilk when she had a baby four years ago.

“There’s this one substance that contains all the important molecules necessary for our biological system to grow and evolve,” she tells ISRAEL21c. “Because of this milk, we are here, alive and kicking.”

She wondered if the health benefits of breastmilk and colostrum could be harnessed to create a superfood that would be available to everyone – adults, athletes, the elderly… even pets. 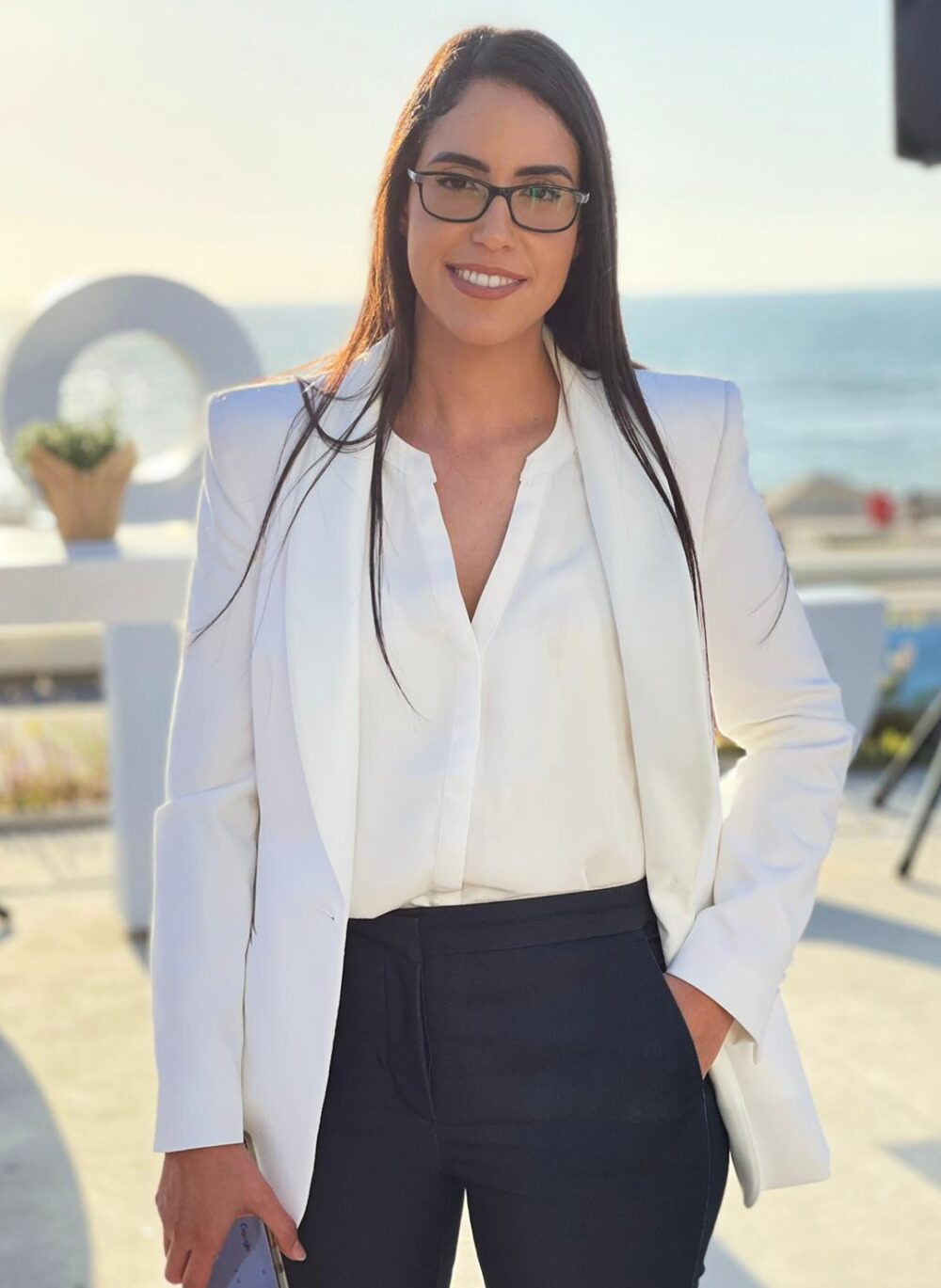 But Ashkenazi-Otmazgin didn’t envision asking mothers in the first few days of nursing to donate their colostrum.

There was another source, whose proteins are 95% biosimilar to human breastmilk and is available in such abundance that 5 billion liters of it are thrown away every year around the world.

Modern dairy farms only allow a newborn calf to ingest the colostrum from its mother for a day or two before transitioning the calf to a set diet. But the mother cow produces colostrum for up to five days.

That means a lot of colostrum is going to waste – some 25 to 35 liters per cow – and dairy producers can’t put it in the regular milk for both regulatory and taste reasons.

“I wondered why we were not understanding the proteins inside breastmilk and trying to find bioequivalents in other sources,” Ashkenazi-Otmazgin says.

After all, “breastmilk is the ‘gold standard’ for nutrients and grownups are being deprived of one of life’s greatest resources.”

In 2018, Ashkenazi-Otmazgin teamed up with Dr. Ariel Orbach and Eli Lerner. They raised $3.2 million in seed funding to start Maolac (M.A.O. are her initials, combined with “lac” for lactose), dedicated to introducing “human functional milk proteins into new segments,” Ashkenazi-Otmazgin, now the company’s CEO, says. 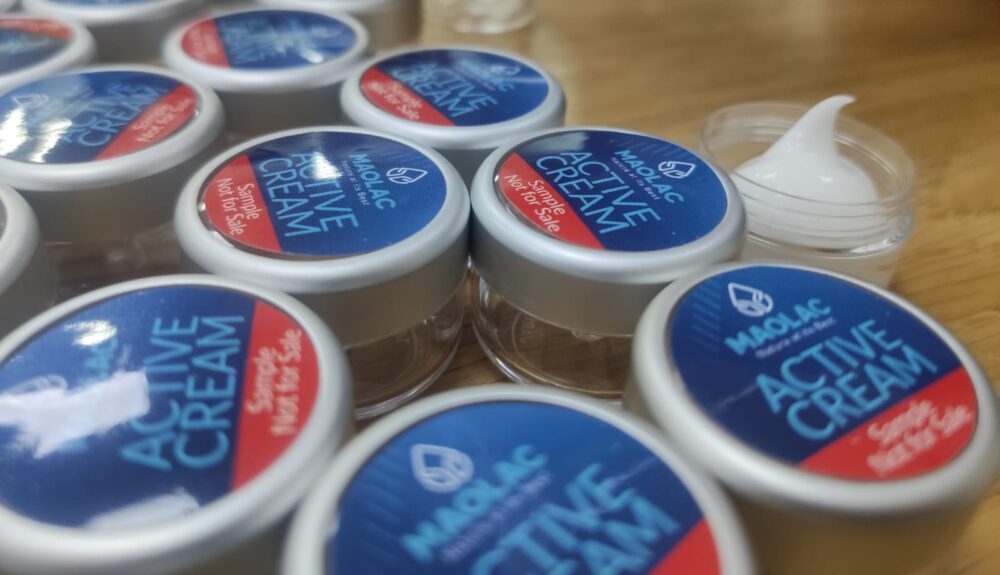 Maolac uses the colostrum from days two to five. That ensures the calf isn’t being shortchanged for the benefit of human yogurt lovers.

The Maolac team started by mapping out some 1,500 bioactive proteins in human breastmilk and then identifying the overlap with bovine colostrum. It turns out there are over 400 homologue proteins – that is, proteins containing genes similar in structure and evolutionary origin to genes in another species.

“We created a smart algorithm that uses bioinformatic tools and proteomics to understand the combinations of several proteins for different indications,” Ashkenazi-Otmazgin says. “We were then able to find the same in bovine colostrum.”

Maolac tranforms the bovine colostrum into a white powder that can be added to various foods – ice cream will be among Maolac’s first products – but Ashkenazi-Otmazgin stresses that it can be added to cooked foods such as pasta without losing functionality.

The additive has no discernible taste, so it won’t ruin the flavor of your fettuccini al colostrum.

“We found a way to take nature’s recipe and bring it into the 21st century,” Ashkenazi-Otmazgin says. 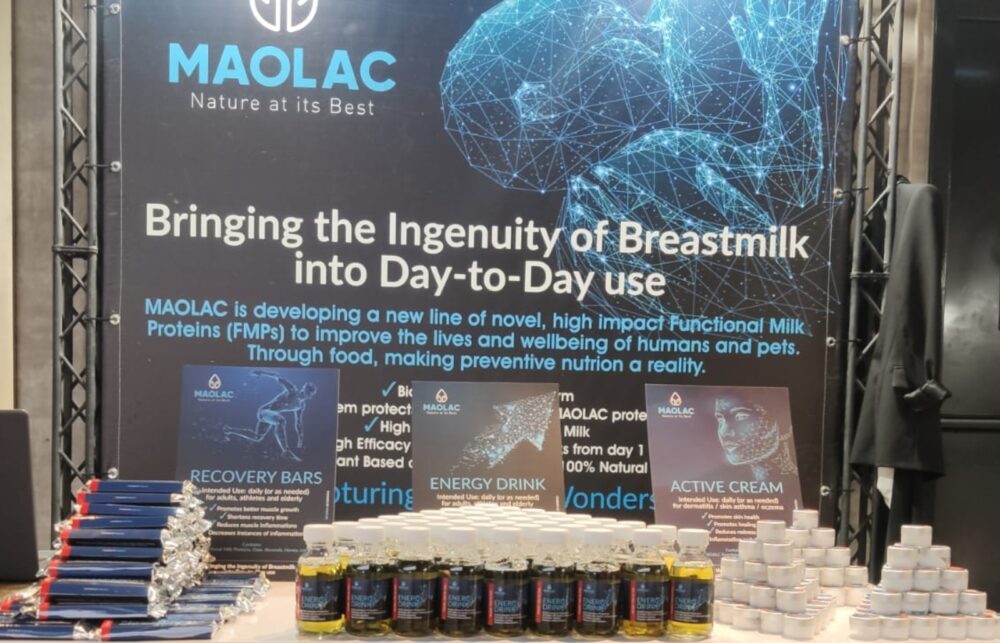 Products infused with the bovine colostrum may include recovery bars, energy drink and active cream. Photo courtesy of Maolac

Maolac’s business proposition is solidly win-win. If, in the past, farmers had to pay to dispose of biological waste like colostrum, Maolac flips that model and pays the farmers to take it off their hands.

Food manufacturers can expect to pay around $500 per kilogram, similar to other protein supplements in the market, although Ashkenazi-Otmazgin says it takes less colostrum powder to achieve the same benefits, making the final price cheaper.

Maolac’s first target audience is athletes, a $65 billion market. Because colostrum has anti-inflammatory properties, Ashkenazi-Otmazgin says consuming a food or beverage with “Maolac inside” should reduce muscle strain and improve recovery time. The same formula may also help improve mobility in the elderly. 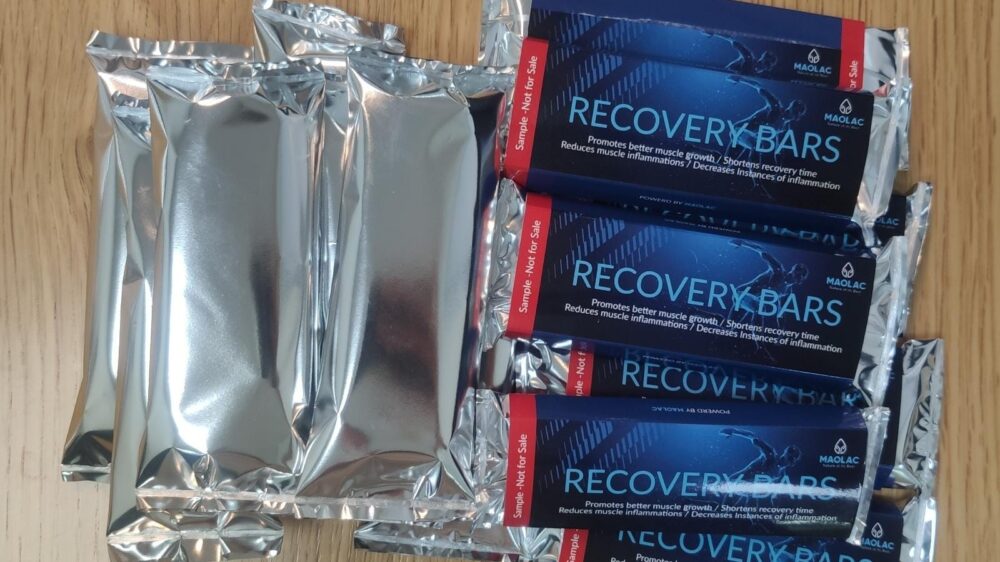 “For IBD, our product is very effective even in very small doses of just a few hundred milligrams a day,” Ashkenazi-Otmazgin says.

“That makes it easy to put in an energy bar or a beverage. If we can reduce cases of inflammation in the gut, we can allow someone to return to a normal routine. You would be able to go to a restaurant and not be afraid of what could happen. It wouldn’t influence your love life. And all this is happening by helping your body through its own immune mechanism to do the healing process. It’s not done in a synthetic way.”

Ashkenazi-Otmazgin contrasts the Maolac approach to probiotics, where “you’re bringing to your own microbiome things from the outside. We support the natural healing process of the digestive system.”

If Maolac’s timeframe holds, the first products should hit the market in the second half of 2023.

Maolac was initially supported by the Strauss Group’s The Kitchen food-tech accelerator; the company now has its own offices in Tirat HaCarmel, south of Haifa.

The total amount raised by the 12-person company is just over $4 million. The latest funding round, led by OurCrowd and The Kitchen, will go to building a small-scale pilot production facility.

OurCrowd CEO Jon Medved calls “the idea of transforming the first, nutrient-rich milk of cows that have just given birth into a source for human protein a stroke of pure genius.”

In a world “desperately searching for new sustainable sources of protein,” he adds, “the company is a perfect example of the circular economy in action” as it turns a waste product into a valuable item.

Maoloc currently has a ready-to-go product and the company is in discussions with potential customers and third-party manufacturers, Ashkenazi-Otmazgin says.

Bovine colostrum is not the end of the Maolac story.

“We can use our proteomics discovery platform to create new ingredients from plants – from fungi and algae,” Ashkenazi-Otmazgin says, although proteins created this way will have only 60% to 80% biosimilarity, compared with 95% for bovine colostrum.

Nevertheless, “We wanted a solution for vegans. We need to respect everyone,” she says.

“In the end, we will have a portfolio of products to sell to food companies, cosmetics companies, supplement companies. They will implement the ingredients in the finished product while we will do all the regulatory work and the clinical studies to prove the effectiveness and safety of each product,” Ashkenazi-Otmazgin says.