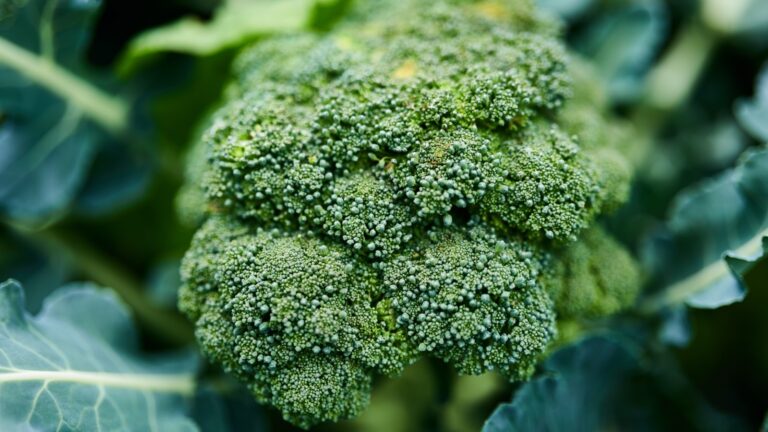 Photo of broccoli by Hans Ripa on Unsplash

A phytochemical derived from cruciferous vegetables, such as broccoli, breaks down the biofilm that lets bacteria resist antibiotics, according to a study from Ben-Gurion University in Israel.

Antibiotic-resistant bacterial pathogens are increasingly involved in preventing illness and wound healing, especially in hospitals. While more and more pathogens have developed biofilms that protect them from being eradicated by antibiotics, fewer classes of antibiotics are being developed.

Members of Prof. Ariel Kushmaro’s biotechnology engineering lab at BGU led a study revealing that phytochemicals from plants may provide a better weapon against these biofilms.

The paper, co-authored by researchers from Near East University and Girne American University in Cyprus, was published in the journal Pharmaceutics.

The scientists found that phytochemical 3,3′-diindolylmethane (DIM) successfully broke down the biofilms protecting pathogens including Acinetobacter baumannii and Pseudomonas aeruginosa 65% and 70% of the time, respectively. Combined with antibiotics, that number jumped to 94%.

When the team introduced DIM into an infected wound, it sped up the healing process significantly.

“Our findings show promise for other avenues of research in addition to known classes of antibiotics,” said Kushmaro.

The Israeli startup company LifeMatters is handling further development and commercialization of the technology.

UNCOVER ISRAEL - Get the ISRAEL21c
Weekly Edition free by email
Sign Up Now!
Bring Israel's story to life.
Millions of people around the world rely on us to gain a deeper understanding of Israel. We are the trusted source for original content you won't find anywhere else.
You can make a difference. Donate today to support journalism that brings Israel’s story alive.
SUPPORT ISRAEL21c
Read more on:   Health, Ben-Gurion University, anxiety