In the unrelenting Middle East sun, one thing is very clear when you build a new home: it must work with the elements. Standing the test of time are traditional Arabic buildings that kept families and worshippers cool for centuries, long before air conditioning was invented.

A new “green” teaching and research center in the Israeli-Arab town of Sakhnin showcases some of the best traditional approaches to construction in the hope that it will inspire modern building practices. And on a less concrete level, the building is seen as a “green bridge” between the Arab and Jewish communities.

The Union of the Mediterranean recently awarded it first prize in a competition on energy conservation.

Architects anywhere can pick up on traditional Arab building techniques as a means to improve building efficiency, says Hussein Tarabeih, director of the Towns Association for Environmental Quality (TAEQ) for the six Arab-Israeli towns in the Beit Natufa Valley in the Lower Galilee. This is the association that commissioned the building.

“We have a lot of energy-saving elements built into the building,” Tarabeih tells ISRAEL21c. “And it was important for us that we use the community. We conducted a survey asking them what they wanted and involved the older people quite a bit. The truth is that much of the knowledge on the traditional elements has been lost so we had to learn from the beginning. But this is one of the purposes for creating this building. We wanted to preserve the old traditional techniques.”

Tarabeih says many of the 20 features incorporated in the building could easily be applied to hot, desert climates anywhere, including California or Arizona, to keep edifices naturally cool in summer and warm in winter.

Constructed from adobe bricks made from mud and straw, the building in Sakhnin was designed by architect Abed Elrahman Yassin, a student of the late Egyptian “architect for the people” Hassan Fathy. Typical of Arabic homes throughout the Middle East, it has a wall and window covering called a mashrabiya. This feature, usually decorated with a geometrical design, serves as a sunshade and privacy screen.

Most traditional Arabic houses have a large patio, either on the exterior of the building or in a central courtyard. When paired with long, high windows and doors, and draft windows in the right orientation, the patios cool the circulating air and offer a pleasant seating area throughout the day. If a water fountain is placed in the center of an enclosed patio, the cooling effects are even greater.

Dome-shaped roofs are a traditional symbol of Arab architecture found in mosques throughout the world. On the practical side, they maintain cool air in the building. At the base of the dome, as in the Sakhnin structure, four small windows remove the hot air while channeling the cool air into the room.

Traditional skylights called tezana are made from glass spheres and tubes that allow natural sunlight to penetrate the rooms without the need of electric power in the daytime. When the glass is colored, the amount of direct sunlight into the rooms can be controlled.

Also central to traditional buildings, and seen today widely in countries like Iran, is the cooling wind tower. “Our water circulation tower, called a malkav in Arabic, is 12 meters high, and you can spray water in the top of the tower to cool down the air circulating through the building,” says Tarabeih. 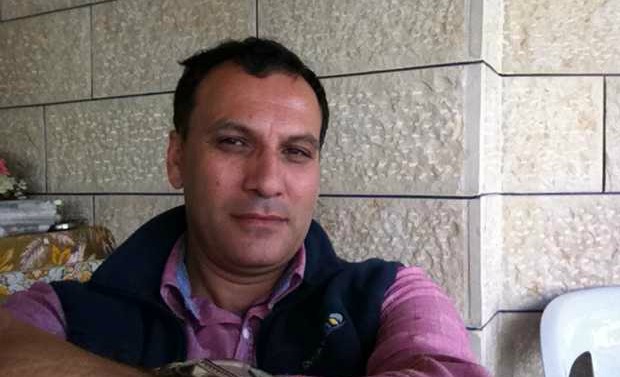 New energy-efficient elements are still to be added, such as a wind turbine and solar panels.

Last year, some 50,000 people come through the new Sakhnin research and education center from Israel and abroad. With the help of grant money, Tarabeih hopes the center will also house a green technologies incubator.

The Towns Association for Environmental Quality was founded in 1993 by scientists and educators who wanted to raise and enforce environmental standards in the Arab-Israeli sector.

“We led the green revolution in the Arab sector. It started here,” says Tarabeih.

Its mission is one of peace and sustainability, and most exciting perhaps is the lead it has taken in Israel on all new building construction in the region. Anyone who wants to construct a new building in the six towns must undergo an environmental assessment. Some of the advice the association gives is a no-brainer: how to orient the house so it stays cooler during the day, or how to use solar thermal water heaters.

While the first wave of eco-awareness in Israel was started by the Jewish population, it’s not at all unfamiliar to Arabs, Tarabeih asserts. “It’s not strange for the Arab community to get used to green ideas. Arabs used to live simple lives connected to the land, planting on the land. We just want to help them adapt to new issues.”