Yifat Bahar founded Curtain Call, a community-based theater organization, 10 years ago because studying theater when she was younger changed her life. 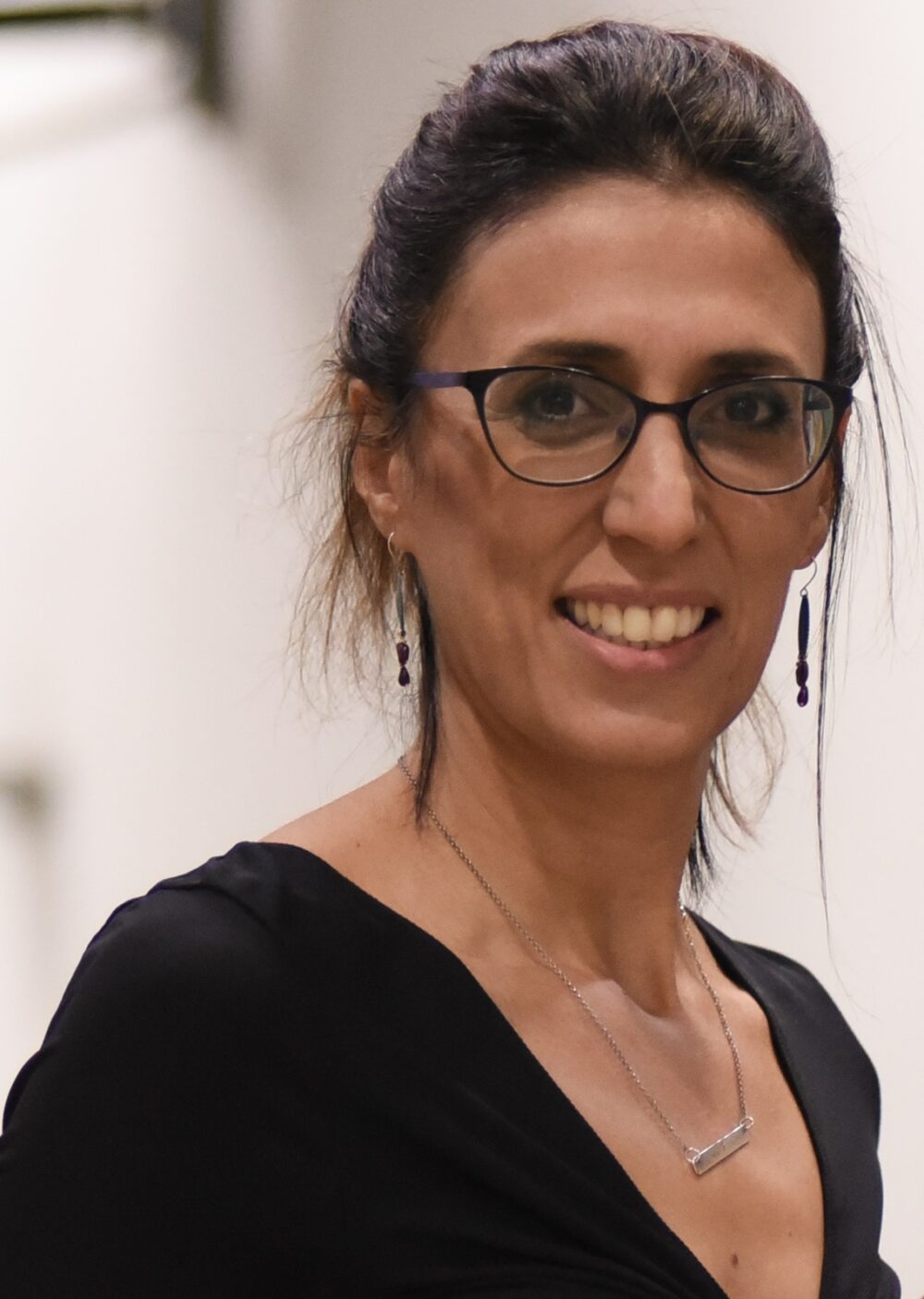 “I was a very insecure girl,” she says. “It was very hard for me to stand up for myself and express my emotions and talk to people. My father was the opposite. He used to tell me, ‘It doesn’t do any good to keep it all inside.’”

When Bahar was 11, she heard about an afterschool drama class and wanted to join. Her mother asked, “How are you going to perform on stage? You’re so shy.”

But Bahar went to that first class and “for the first time, without over-thinking and without being afraid of what other people will think, or how it will sound, I performed.”

She recalls coming home from the class “feeling happy and free.”

Healing on a group level

Bahar continued with drama classes and studied theater arts at Tel Aviv University, where she

“I didn’t know that this is a practical tool for social change,” Bahar said, that it “empowers communities and provides a platform for personal, group and community expression.”

She began leading theater groups for children and the elderly and saw how “closed, insecure people became people with self-confidence.” She said it is “healing on a group level.”

That was why she began Curtain Call.

In Hebrew it’s called “Hishtachvaya,” a combination of the Hebrew words for “bow” and “experience.” 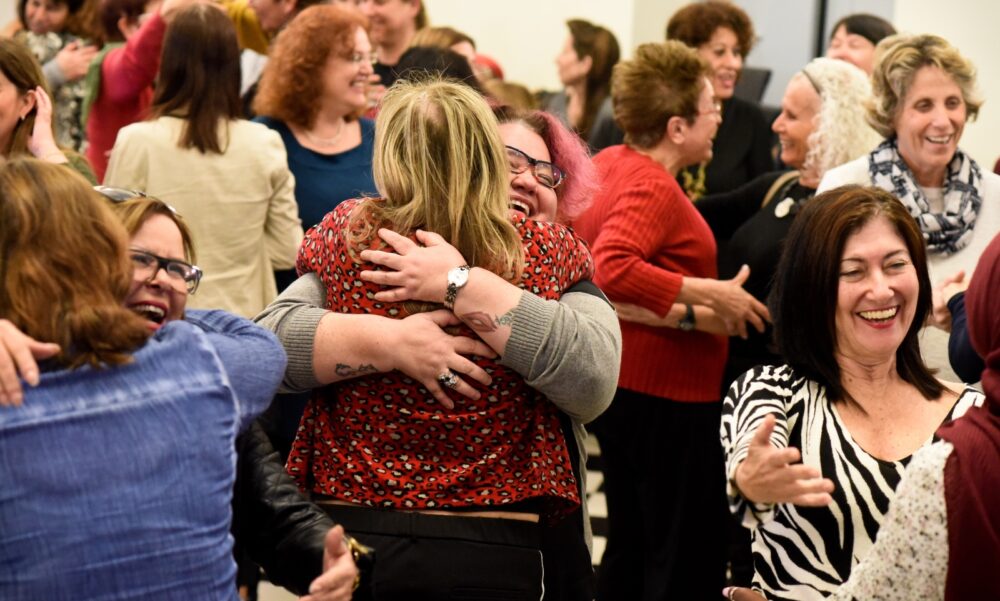 The organization works with children and at-risk youth, the elderly, and individuals with special needs.

Eight employees and 14 instructors work in a structured program with about 60 groups involved in Curtain Call’s year-long programs, mostly in peripheral areas from the far north to Bedouin settlements in the south. 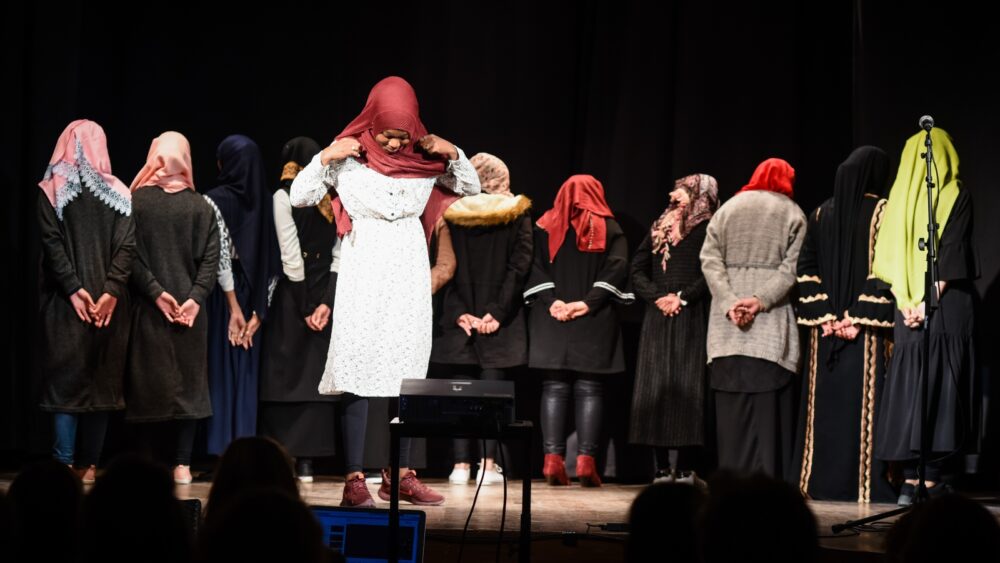 Some groups bring together people whose paths might never cross, such as religious and secular women.

Curtain Call’s participants create their own original shows based on local issues, conflicts and stories. The participants present meaningful, honest, thought-provoking shows that aim to “shatter prejudices and strengthen the sense of community belonging,” Bahar said. 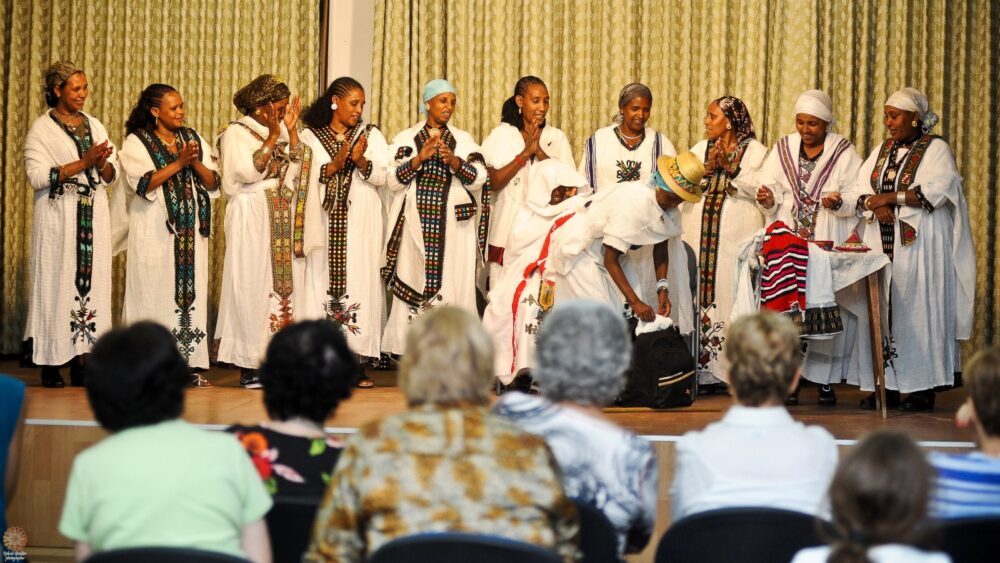 “And when it’s curtain call and the participants bow and hear the applause and feedback from the audience at the end of a show there’s nothing like it,” Bahar said. “I see people’s faces light up. They actually look taller.”

Thousands of people have completed the organization’s theater courses and thousands more have seen the shows, creating a ripple effect of change.

Curtain Call won the Knesset Speakers’ Quality of Life Prize for 2021 because of its work promoting tolerance and mutual understanding.

Bahar was selected by the American Embassy in Israel to travel to the United States in August in a delegation of entrepreneurs around the world who are involved in social change through culture and the arts. 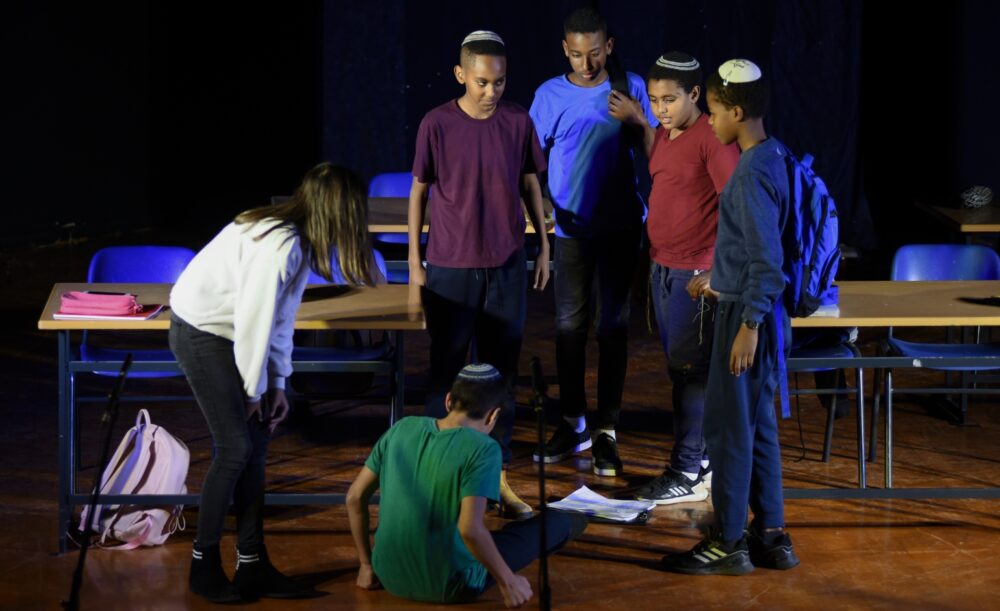 This community-based theater group is  for youth in Kiryat Gat. Photo by Ephrat Specktor/Curtain Call

Curtain Call receives funding and support from the Israeli ministries of Education and Social Welfare. It also raises money through private donations.

“Every day we get calls from municipalities to start theater groups,” Bahar said. 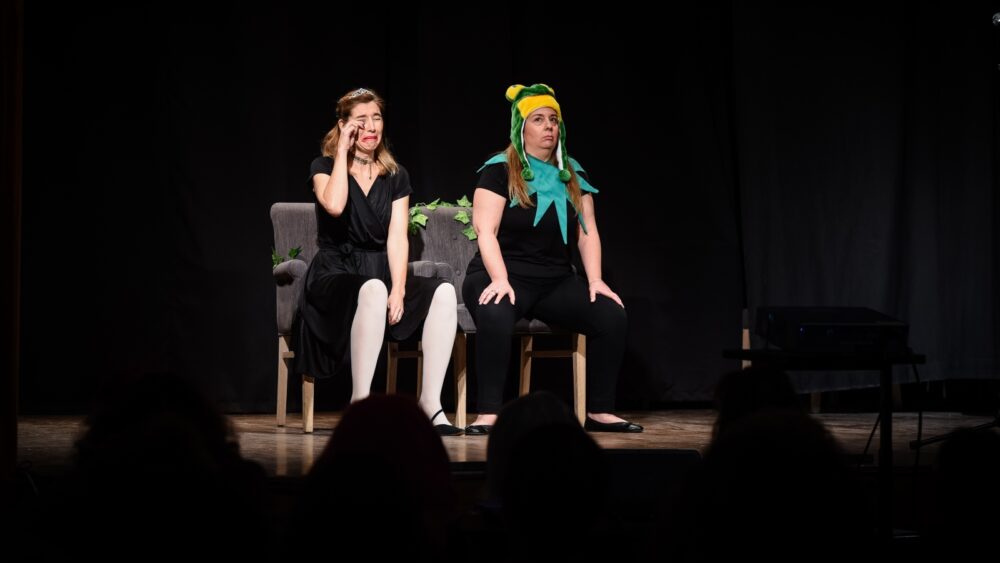 In the Arab community, theater performance is not well understood, according to Soheir Khateeb Kabaha, manager of the Arab Theater Department at Curtain Call.

When she first applied for a job as an instructor, at 22, she had no theater experience. But she was so enthusiastic that she convinced Bahar to hire her. 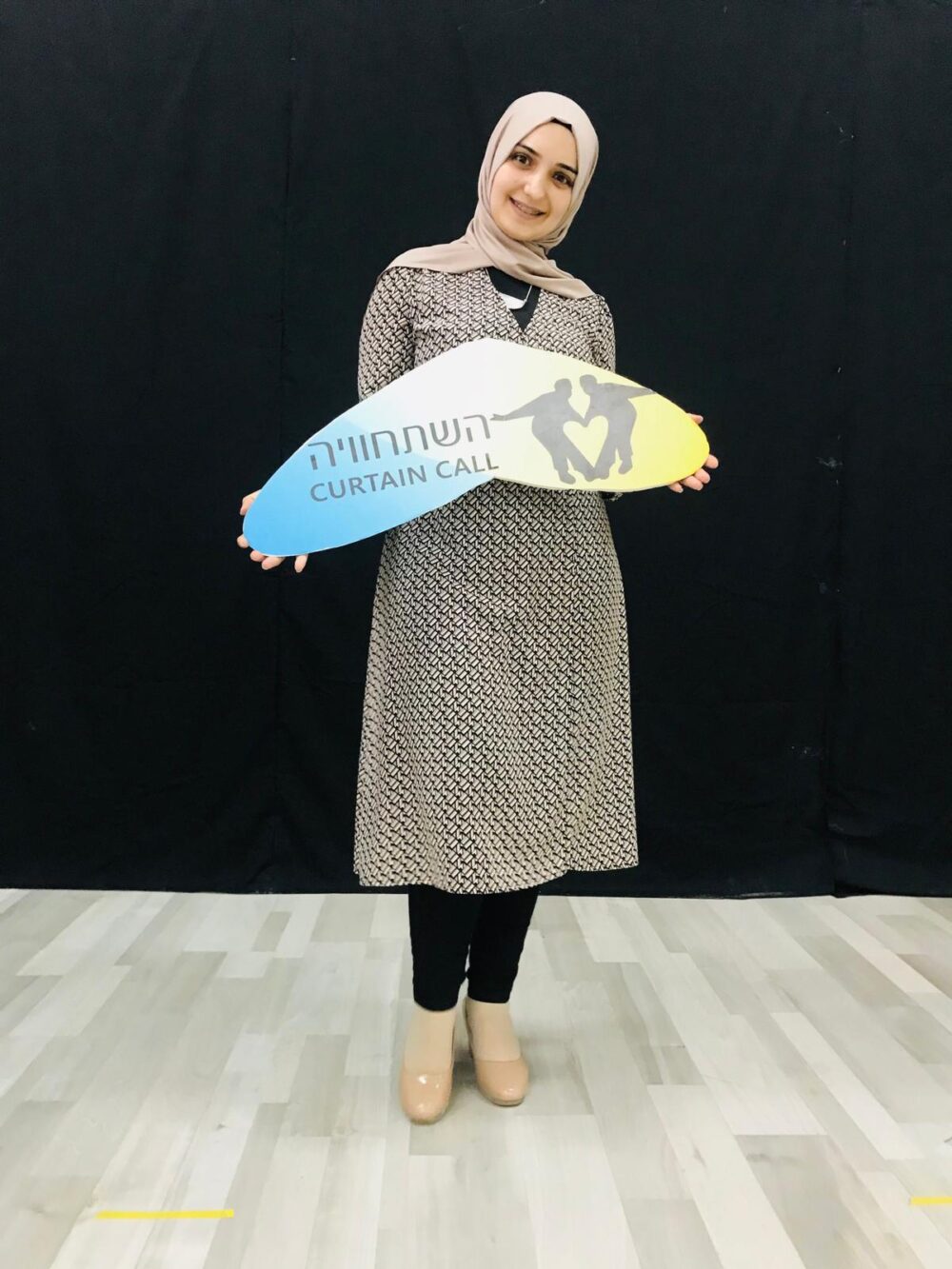 When Kabaha, who lives in the town of Barta’a, told her father that she got a job at Curtain Call, he reacted with concern.

“I come from a religious, traditional family,” Kabaha said. “He was worried that my new job would embarrass our family. But he also stressed that I needed to be responsible for my actions.”

She began studying theater while working at Curtain Call. Today, at 32, with a graduate degree, she manages 30 groups in Arab towns around Israel. Kabaha said that the groups have helped people communicate and listen to one another, combating the increase of violence in the Arab sector.

“Theater is really a tool for change,” Kabaha said.

“Curtain Call has helped me to find my voice as a woman and a mother. It shows that you can be creative and successful in life.”

She cited the story of one woman of Ethiopian origin who came to the first few meetings of a theater group in Ashdod and wanted to “just watch and listen.” 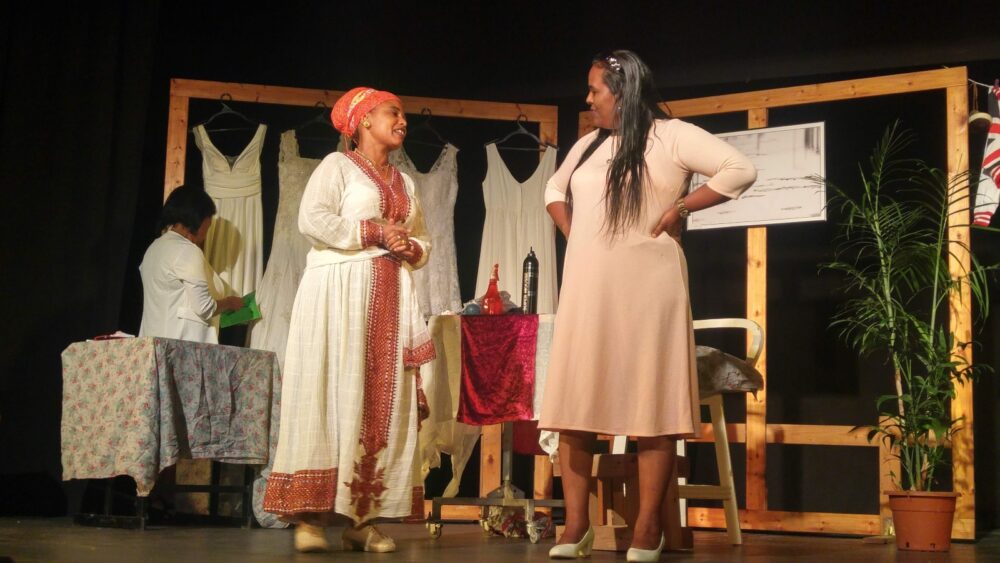 Gradually, the woman started to participate and then, after a year’s work, when she performed and danced on stage, her children told her that she was “amazing.”

This woman went on to join the PTA in her children’s school, “something that might not be a big step to some people but was a huge step for her,” and now helps other Ethiopian parents.

“Theater skills gave her the courage to act,” Bahar said. “Not only on the stage but in life.”

You can find more information about Curtain Call here in Hebrew and here in English.