Israel’s Blue I (pronounced blue eye) had already defined the space for online water-quality monitoring in the early 2000s, before most people heard of smartphones.

Now the company, officially founded in 2003, boasts tens of thousands of its “smart” water systems in factories and municipalities around the world. Blue I smart boxes, based on electro-optics, are about to be installed in several American cities, and are found in about 150 locations throughout Barcelona.

Clients include Yoplait yogurt in France; BASF, the largest chemical company in the world; and 25 Coca-Cola bottling plants — including in India and Israel. Israel’s national water company Mekorot is another Blue I client, as is Israel’s Oil Refineries.

The company, which employs 25 in Israel, tests for two basic water-quality measures — chlorine and turbidity. It is one of few companies that can determine and ensure absolute zero levels of chlorine in the water, which is very important for the food and beverage industry. “We are the gatekeepers there,” says CTO Stela Diamant.

Blue I claims it was one of the first on the market to offer cloud-connected systems and software as part of its water-tech solution: “Now it’s mainstream, but it wasn’t a service most people heard about when we started,” says Diamant.

Its products can also be used to keep an eye on more dangerous scenarios like environmental terrorism, says Diamant.

“We offer safety and security,” she tells ISRAEL21c. “If you are monitoring a municipality’s chlorine and turbidity levels you can get security from Blue I. Our system can be used as a first alarm. 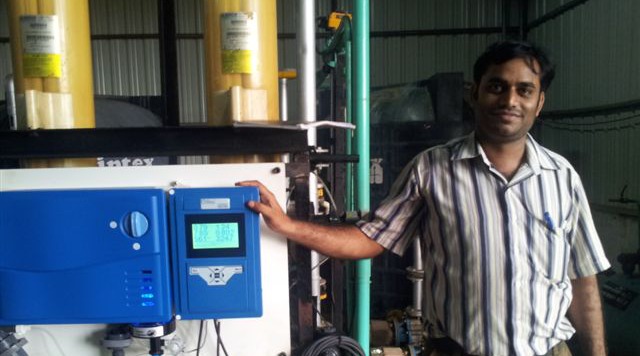 Coca-Cola in India uses Blue I from Israel.

“You cannot identify if someone drops anthrax into a water network with any online water analyzer, but ours can provide an early alert. We are monitoring the water every day, and if something looks suspicious, like in the city of Barcelona where they are monitoring key points all the time, it would be easy to isolate a suspicious area and shut down the water in that one isolated area,” she explains.

In most cases, large cities just take small samples of water to the lab by hand every couple of days from key locations. This old-fashioned method makes it really hard to react the moment anything unusual shows up in the water, Diamant explains. 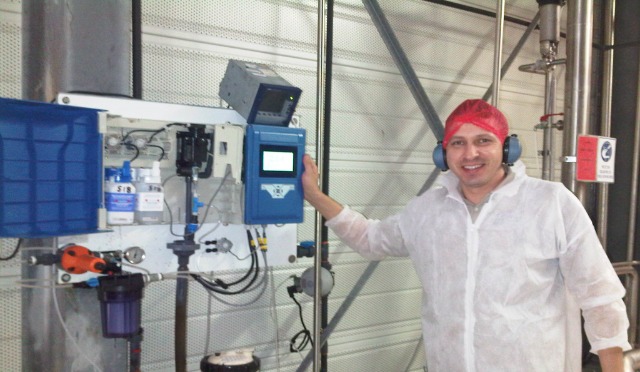 Yoplait in France keeps its water monitored with Blue I.

Even unknowns like anthrax will affect the chlorine and turbidity readouts in Blue I’s ultra-sensitive devices, she says: “Our system can wake up personnel so they can go out and measure samples and investigate a situation, or to tell them to close valves.”

The company has recently won a tender to make the water in the Guangdong region of China more secure, in addition to others around the world including at least a handful of cities in the United States. Commercial laws in some states prevent Blue I from divulging more specifics.

Pool boy in a box

Now, the multi-million dollar company, working under the “waves,” is entering the pool business and hopes to make a splash with Prizma – its “pool boy in a box” solution. It does not require any technical skills or personnel to operate. 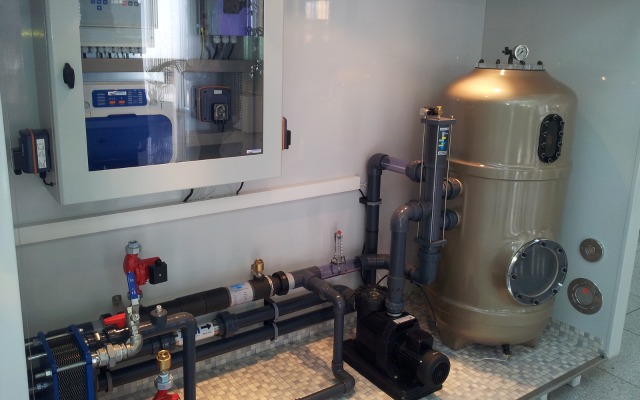 Prizma is for private pools in need of real-time, automatic quality monitoring. “We have lots of activity in Brazil, where we are promoting Prizma for condominium pools, where they have water tanks attached to the buildings,” says Diamant.

“We started with 20 pools in Brazil to see how it works. It’s an easy solution that not only checks for chlorine levels in the pool but it can also adjust chlorine levels accordingly,” says Diamant. 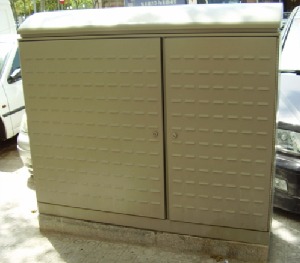 This unit in Barcelona contains the water-monitoring system.

A recent $3 million investment will come in handy to help Blue I penetrate deeper waters as it expands and develops new products. South America and India are two of the target markets.

Effi Capital from Israel led the recent investment in the company now based in Rosh Ha’Ayin’s Afek Industrial Park.

The company used to be based in Kibbutz Ramat Rachel, when it was a sister company to Mapal Pools.

Blue I is controlled by the Shaked family through Shaked Global Group, Docor International Management and Tene Investment Funds.