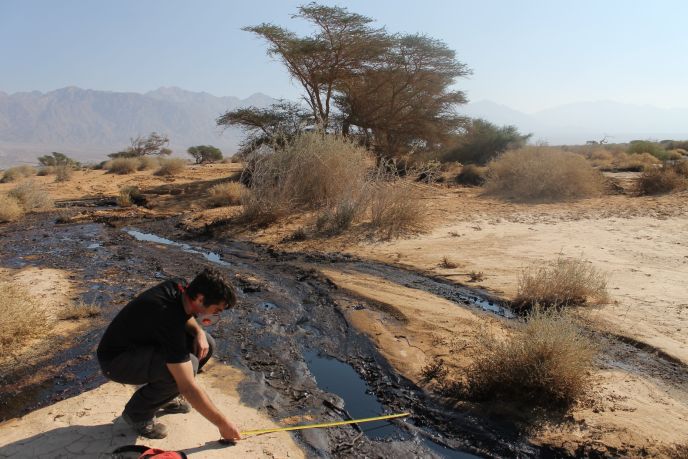 Technion students take soil samples at the site of the disaster. Photo courtesy of the Technion

Technion students take soil samples at the site of the disaster. Photo courtesy of the Technion

In one of the worst environmental disasters in Israel’s history, between three and five million liters of raw crude oil gushed from a burst pipeline near the Evrona Nature Reserve in the Arava Desert on December 3 last year.

In the chaotic days that followed, nature authorities employed many methods in the desperate race to contain the four-mile river of toxic oil and mitigate the deadly damage it caused to the Evrona’s plants and wildlife. This emergency also provided an unexpected opportunity for Israeli innovators to test their solutions for treating contaminated soil, and results have been encouraging.

Prof. Yoel Sasson tells ISRAEL21c that he and Dr. Uri Stoin from the Hebrew University of Jerusalem set up a pilot trial together with the Swiss Man Oil Group (MOG) to test their breakthrough technology for treating contaminated soil. Less than a year ago, MOG licensed the solution from Yissum, the university’s technology-transfer company, and has been using it to clean up polluted sites from Siberia to Nigeria.

Sasson and Stoin’s chemical reagent spray quickly decomposes hydrocarbon molecules from the oil into carbon dioxide and water, which are safe in nature and sewage systems.

Sasson explains that six years ago, he and Stoin were focusing on a solution for detoxifying flue emissions from coal power plants. At the university’s Casali Institute of Applied Chemistry, their research team developed “scrubbers” containing oxidizing compounds to attack mercury and other toxic materials from flue emission and release leftover benign gases. 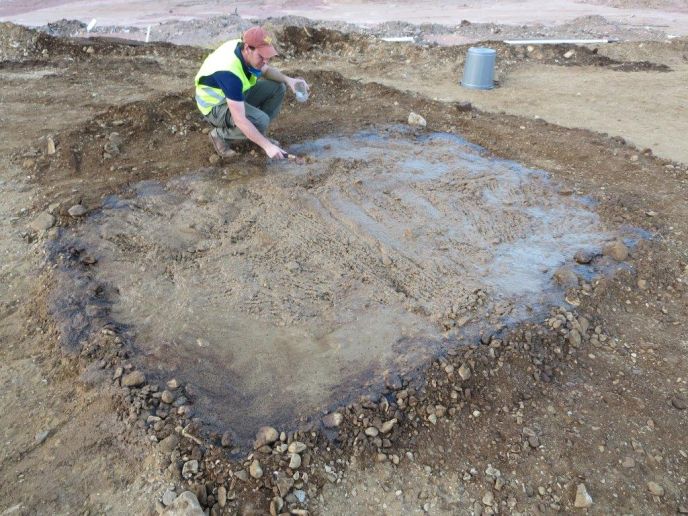 “We concluded that this chemistry can, with some modifications, be applied to the destruction of organic materials in bulk,” Sasson says. “The chemistry is simple and swift and very effective, and can be applied directly on site. The process decomposes organic pollutants as fast as a fire would, but at a lower temperature and without flames.”

By contrast, existing biological-based solutions require first excavating the soil and transferring it elsewhere for treatment, which takes six to 12 months. “Chemistry is faster,” says Sasson.

Their unique solution can be sprayed on within minutes and completes the destruction of hydrocarbons within a few hours. The pilot was done on a three-by-three-meter area of the contaminated soil, 20,000 tons of which had been moved from Evrona to a nearby landfill.

“They sprayed it with the reagent and then it was taken to our lab for analysis,” says Sasson. “We confirmed that between 80 and 90 percent of the oil was totally destructed [in a short time], and eventually will be completely destructed.”

Sasson and Stoin are hoping that their unique solution will be chosen as one of the technologies to be applied directly in the nature reserve as the cleanup continues.

“When there is a spill, the oil kills everything — all the flora and fauna,” says Sasson. “After this reagent is sprayed, the soil goes back to its virgin state, and with time we expect life will come back to it.”

Bacteria to the rescue

Among others who rushed down to the Arava oil-spill site was a group of Technion-Israel Institute of Technology environmental engineering students eager to find a bacteria-based solution to decontaminate the soil.

The 20 or so young researchers are participants in the Technion’s year-old Ma’alah Project, founded in order to harness discoveries from varied disciplines for the betterment of the environment.

After arriving at the affected area, they were briefed by professionals from the Israel Nature and Parks Authority. “We were amazed by the intensity of the damage we saw,” reported Uriel Klar, a student in the Faculty of Civil and Environmental Engineering. “Rivers in the reserve are still flowing black with numerous oil puddles built up along the shores. Countless animals died as a consequence of the disaster, as well as flora.” 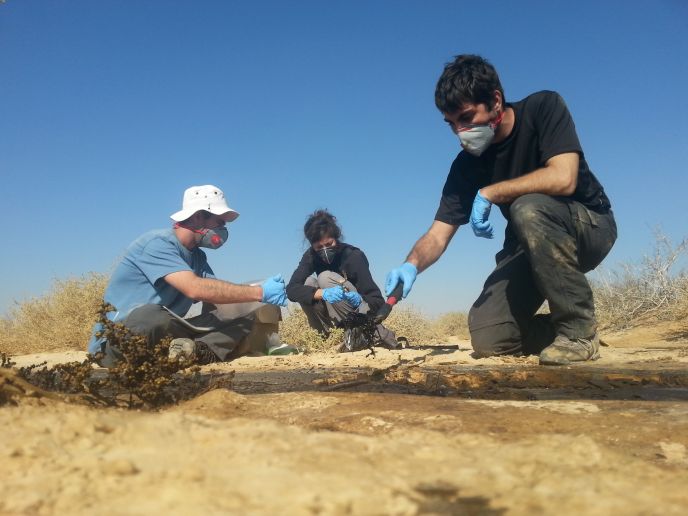 A Technion student measures a stream of crude oil.

The students took soil samples back to the lab at the Technion for analysis under the guidance of Prof. Uri Shavit from the Environmental, Water and Agricultural Engineering Unit and Assoc. Prof. Sima Yaron from the Faculty of Biotechnology and Food Engineering.

“As part of the test, we will take into consideration hydrological, geological and ecological parameters in order to produce a computational model to describe the treatment of the soil,” said Klar.

“Our intention is to restore the land using bacteria capable of digesting oil and thereby reduce the ecological damage. This method has been employed in the past, at major oil spills such as the massive oil spill in the Gulf of Mexico in 2010.”

Meanwhile, MOG has been applying the Hebrew University chemical solution in various parts of the world. For example, Sasson says it has been used successfully to restore the natural state of stones along Swiss railroad tracks, onto which oil from train wheels has been dripping for 47 years.

“They developed a railcar that sprays our reagent as the train is moving, and you can see the stones along the tracks have turned from black to white,” says Sasson.

UNCOVER ISRAEL - Get the ISRAEL21c
Weekly Edition free by email
Sign Up Now!
Bring Israel's story to life.
Millions of people around the world rely on us to gain a deeper understanding of Israel. We are the trusted source for original content you won't find anywhere else.
You can make a difference. Donate today to support journalism that brings Israel’s story alive.
SUPPORT ISRAEL21c
Read more on:   Uri Stoin, Casali Institute of Applied Chemistry, Evrona Nature Reserve, Israel Nature and Parks Authority, Environment, Oil Spills, Technion-Israel Institute of Technology