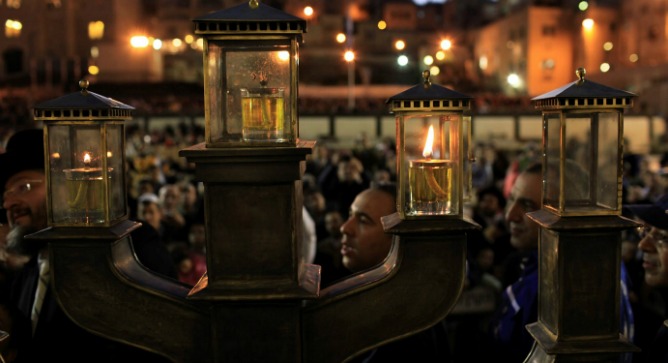 A hannukiyah lights up the cold winter night in Jerusalem. Photo by Flash90.

Walk the streets of Jerusalem’s Old City during the eight days of Hannukah and you’ll see why the holiday is called the Festival of Light.

Along its dark and ancient alleyways, hannukiyahot (eight-branched candelabras), are set outside everyone’s doorways. Every night of the eight-day holiday, a new flame is set alight, in celebration of the miracle of the Maccabees’ victory over their oppressors, and of one cruse of oil that lasted eight days in the Temple in Jerusalem.

But Hannukah isn’t just about light, it’s also about food and fun. Find out more in our special video about Hannukah in Jerusalem.