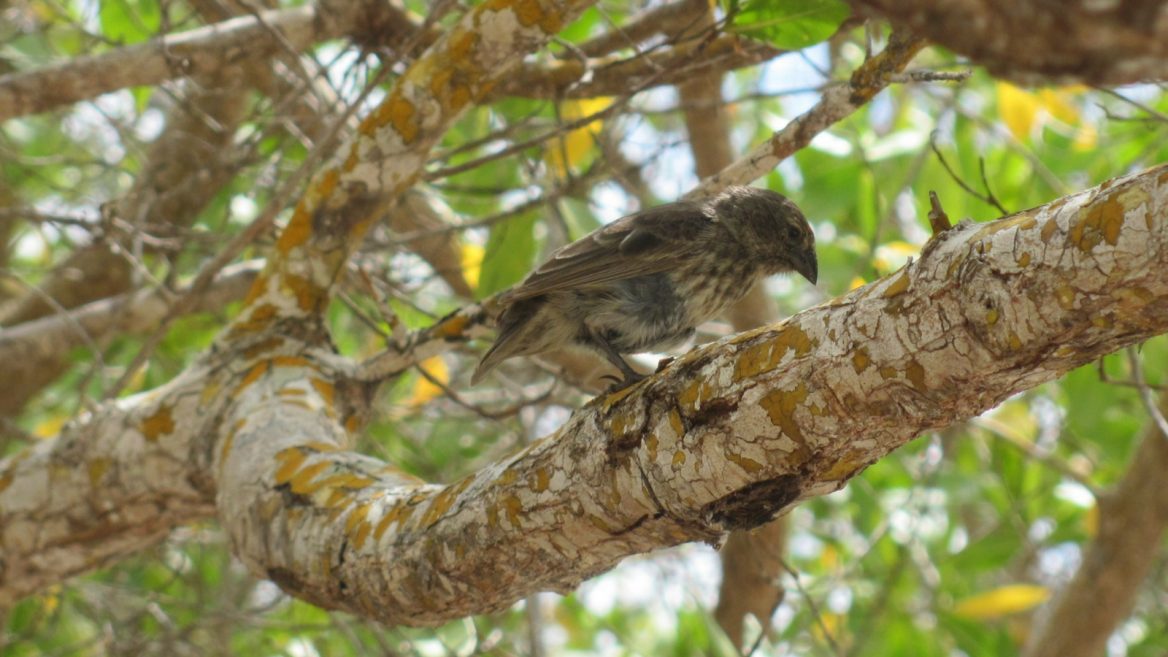 A medium ground finch perched on a tree in the Galápagos, 2015. Photo courtesy of Boaz Yuval

The Galápagos Islands are known for their unique animal species – giant tortoises, iguanas and sea lions – but none are more legendary than the group of birds known as Darwin’s finches.

Early discoveries from these tiny songbirds, which measure no bigger than a sparrow, are credited for having helped Charles Darwin develop his theory of evolution by natural selection. Now, 11 of the 13 finch species found in the Galápagos are in danger of extinction due to a parasitic fly’s fatal impact on the populations.

A research team from the Hebrew University’s Robert H. Smith Faculty of Agriculture, Food and Environment is embarking next week on an expedition to the islands to help save the iconic birds that have become the Galápagos’ symbol.

Internationally acclaimed entomologist Prof. Boaz Yuval will be joined by colleagues Prof. Edouard Jurkevitch and Micki Ben-Yosef for the three-week mission, part of a four-year project funded by the US-Israel Binational Science Foundation together with the University of Minnesota. The team will also collaborate with George Heimpel, an entomologist at the University of Minnesota, and scientists from the Charles Darwin Foundation.

The Galápagos’ invasive fly problem was first noticed in the 1980s and 1990s by a group of Austrian and Australian researchers who were curious as to why fledglings in the nests of finches were dying, explained Yuval, who is known for his groundbreaking work on fruit flies and mosquitoes.

Further inspection revealed that the larvae of the Philornis downsi fly, accidentally introduced to the island from the mainland in the 1960s, attach themselves to the bird hatchlings and feed on their blood, ultimately killing them.

The mortality rate in finch hatchlings is close to 100 percent. “What’s really worrying is that there are locations in the islands where some species of finches, over the last couple of years, have experienced close to 100% parasitism in the nests,” Yuval tells ISRAEL21c. “In these locations, recruitment to the adult population is zero.”

Although the parasite hasn’t affected all species equally, without the introduction of a viable solution Yuval predicts the finches may be extinct within 10 years. One particular species, the mangrove finch, is already down to about 80 individuals.

The good news is that there’s a consortium of international researchers and funding agencies helping to find solutions.

“In the case of the mangrove finch, the San Diego Zoo and local Ecuadorian researchers are actually collecting eggs every year, incubating the eggs in a lab, hand-rearing the chicks, acclimatizing them, and releasing them back,” explains Yuval.

Thanks to this method, practiced over the last four years, the mangrove finch population has grown by about 14% every year.

Another promising approach is based on providing nesting materials that are saturated with insecticide, killing off the parasites and allowing fledglings to survive. However, it has yet to become a widespread solution due to the insecticide’s potential to affect many birds and the reluctance of Galápagos park authorities. 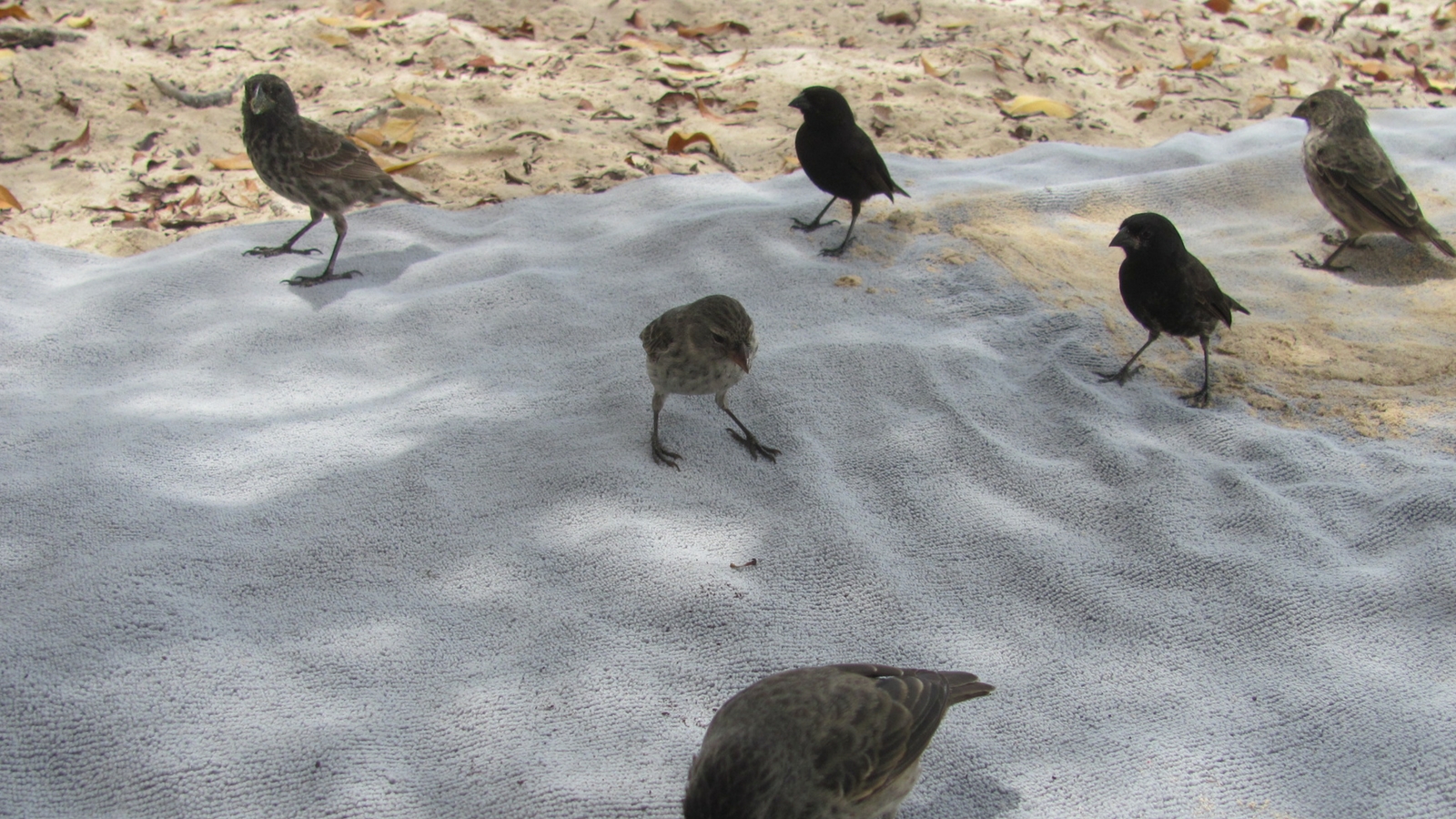 The Israeli group is exploring a different method, which aims to target the microbes inside of the flies in order to interrupt their blood-feeding success.

“Humans have an enormous microbiome in which a community of microbes living in our gut contributes to our well-being, immune system, combating diseases, and even affecting mood and mate choice,” explains Yuval. “We are not unique in that. Insects also have gut microbes which are very important in their nutrition and in their immune response, especially blood-feeding insects.”

In addition to providing essential dietary supplements, which the flies don’t get in their blood meal, Yuval believes the bacteria also play an important role in communication between adult insects, including finding food and mates.

“We can manipulate the behavior of the adults by attracting them to traps which are based on volatiles that are produced by their microbes. We have some preliminary data that is very promising and that’s going to be our second major focus during this expedition,” says Yuval.

They will also try to help the local Ecuadorian team figure out a way to successfully grow the invasive fly in a lab setting, for use in sterile insect release – a form of pest control where overwhelming numbers of sterilized insects are released into the wild.

A successful attempt at saving the Galápagos’ iconic finches could save more than just the bird species. Without the finch, the terrestrial ecosystems are in danger of becoming destabilized. “One can never predict what form this will take,” says Yuval.

“The problem with extinction is that it’s forever; you can’t go back from that.” 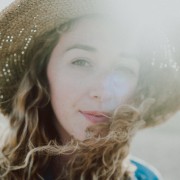