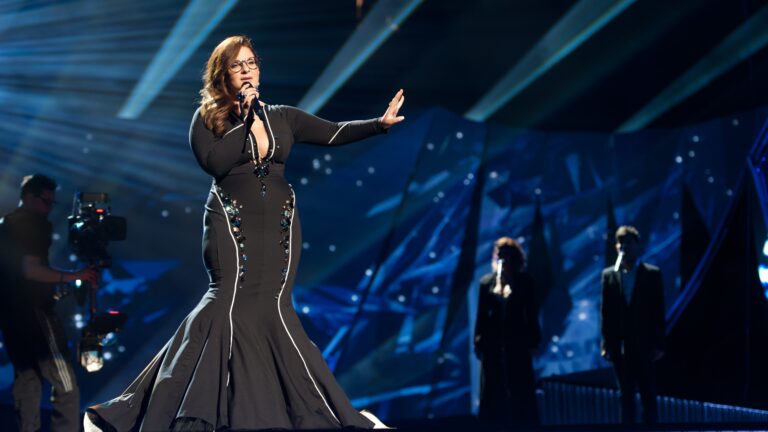 The 2013 Eurovision Song Contest is underway in Malmo and Israel’s representative will do her best to beat the odds and reach the finals. Moran Mazor – a 21-year-old from the city of Holon, just outside of Tel Aviv — will take part in tonight’s Second Semi-Final.

Mazor has already turned heads at the campy song contest with her low-cut, racy dress. She’s hoping her rendition of the ballad, Rak Bishvilo, will garner the votes and push her into the final round set for Saturday night.

“For me to take part in this amazing Eurovision Song Contest is a dream come true,” Mazor told contest organizers. “I am proud to represent Israel and I am sure I will bring honor to my country, family and friends.”

Israel began participating in the song contest in 1973. In 1978, Izhar Cohen and Alphabeta who won with the song A-Ba-Ni-Bi; then in 1979, Gali Atari and the Milk & Honey group won with the song Hallelujah; and finally, in 1998, transsexual singer Dana International won with her song, Diva.

Eurovision producers say some 100,000 fans have descended on the Swedish host city to party and celebrate the music happening.

Bookmakers say Denmark or Ukraine are the two hot favorites with Azerbaijan and Italy runners up.

UNCOVER ISRAEL - Get the ISRAEL21c
Weekly Edition free by email
Sign Up Now!
Bring Israel's story to life.
Millions of people around the world rely on us to gain a deeper understanding of Israel. We are the trusted source for original content you won't find anywhere else.
You can make a difference. Donate today to support journalism that brings Israel’s story alive.
SUPPORT ISRAEL21c
Read more on:   News, Israel, Eurovision, Moran Mazor, Malmo