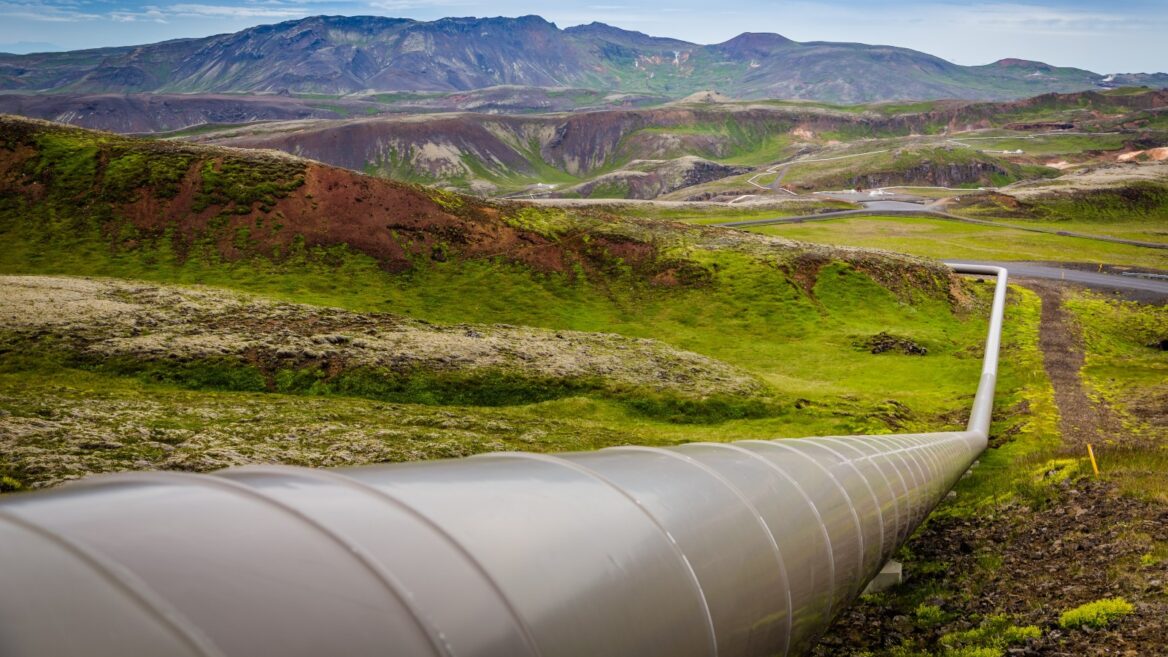 Photo by Mike Benna on Unsplash

An October oil spill off the coast of Huntington Beach, California, drove home the ongoing potential for ecological disasters stemming from leaky, malfunctioning, corroded and sometimes even sabotaged oil and gas pipelines.

The answer to preventing leaks and spills is constant monitoring. But keeping your eyes on your pipelines is expensive, time-consuming and, frankly, beyond human capabilities.

“The future belongs to the robot in the sky,” asserts Didi Horn, CEO of SkyX, an Israeli startup whose drones monitor real-world “assets” – pipelines, to be sure, but also railways, forests andwild-animal reserves – for signs of impending problems.

Consulting firm PricewaterhouseCoopers (PWC) estimates the value of the global market for drone-powered business solutions like those from SkyX at $127 billion.

Horn explains how monitoring worked in the pre-drone days and today.

“If you own a 1,000-kilometer pipeline, you’d send your guys out into the field or you’d fly a manned aircraft above it according to the calendar: ‘In June you go here, in July you go there.’ We allow pipeline flyovers on a weekly or even daily basis.”

Near real-time data provided by the drone enables operators to simply send a repair crew to the location most prone to be disrupted.

Disruption depends on what type of environment and what part of the world the pipeline is located in.

In developed regions, where pipelines mostly were built over the last century, leaks and bursts are the biggest issue.

In less developed countries such as those in Latin America, Africa and the Middle East, the biggest problem is oil theft.

“When I first heard about this problem, I imagined a guy with a bucket stealing the oil,” Horn tells ISRAEL21c. “That’s not the case. They jack into the pipe, put in another pipe and lower the capacity so it doesn’t trigger the alarm.”

Undetected oil theft can go on for years.

Using advanced software algorithms and a variety of high-tech cameras, SkyX drones can identify problems before they turn nasty.

Is that a person or a car next to the pipeline? Is that a shadow or oil pooling on the ground?

SkyX’s SkyVision software labels what it sees so that the data sent to the customer is not just a raw image but something actionable.

Over time, the system gets smarter. Different regions have different sights to learn – flying over the Amazon produces a different data set than the desert, for example.

“After a couple of months with a customer, we can track 80 to 90 percent of the points of interest they care about,” Horn says.

SkyX has the advantage of being both a hardware and software company, Horn claims.

“Other companies might have great software or the best drones or the best cameras, but they don’t have the whole package designed and built in-house.”

SkyX’s drones have been granted three patents with another five patents pending. They are not necessarily the best on the market; rather, they are the best for the problems SkyX aims to address, Horn stresses.

For example, you wouldn’t use a SkyX drone to deliver packages from Amazon or to fire missiles from a military UAV.

What do you want to see?

“If a customer asks, ‘Can you bring a drone with thermal vision and an RGB camera?’ I will say, ‘Don’t tell me what to bring. Tell me what you want to see! People? Vehicles? Vegetation? Then I will fit you with the most advanced solution.’”

SkyX is currently operating in three countries. Although Horn isn’t at liberty to disclose clients, the company’s pilot customers include Denbury in the United States, E’Kabel in Latin America and apipeline operator in Mexico.

One Canadian trial monitored a 500km (311-mile) pipeline stretching between Ottawa and Toronto.

At one point, the drone discovered that a house under construction was straddling the underground pipeline. The owner was renovating his basement, Horn says, and didn’t realize that four feet underneath was a pipeline that delivered oil to Greater Toronto.

“That’s the sort of insight that could not be achieved by human inspection,” Horn says.

SkyX provides information and recommendations; taking action is up to the customer.

“If we see a leak expanding, we can say, ‘If you don’t take any action, this is what it will look like in two weeks.’ Now it’s up to the customer to decide what to do,” Horn explains.

Those recommendations are provided via SkyX’s customer interface, which displays annotated pictures over time, so the customer can see what’s changed.

That’s a far cry from what other asset monitoring companies provide – either the raw unannotated images or “a 600-page report,” Horn says.

“We wanted to provide a simple solution: Here’s where we see the problem, here’s where to find the historical imagery. We turn big data into smart data.”

Horn likens SkyX’s approach to wearable devices that tell you if your blood pressure is too high or your oxygen level is too low. The device doesn’t fix the problem or make you go to the doctor. But developers can build apps on top of that data to provide “actionable insights.”

And because the drone doesn’t fix the problem itself, the service enables operators to deploy staff wisely for better results. “It lets you know when to send the right people to the right places at the right time,” says Horn.

Covid caused asurge of interest in SkyX, Horn tells ISRAEL21c. “Companies need to be more efficient and to reduce expenses.”

While many companies were already moving towards drones, “Covid pushed them to do the transformation faster than expected. There’s no reason to have a human-piloted airplane when you could have a robot in the sky,” Horn says.

SkyX has its R&D in Tel Aviv with offices in Canada and Texas. The company is active in Europe and North America but is looking to expand to Africa and the Middle East in 2022. SkyX employs 30 and is rapidly expanding. The company currently has a fleet of 37 drones. It takes about a month to build a new one.

SkyX drones can be controlled remotely. During the pilot period, a SkyX operator in Toronto flew a drone over a pipeline in Vancouver, some 3,500km (2,175 miles) away. The Mexico pilot was also controlled from Canada.

That’s not a possibility for the commercial rollout of the service – current regulations require line-of-sight visibility for drones – although Horn is hopeful that these regulations will change.

“They’re mainly concerned about a 14-year-old boy flying a hobby drone and getting too close the landing route of a 787,” Horn says. “They’re not yet thinking about companies flying autonomous drones on permanent routes that are far from other people.”

Horn is somewhat dismissive about delivery drones, even though Amazon, Walmart and most other big retailers are actively pursuing them. A trial in the Tel Aviv area in October saw drones deliver sushi and beer.

“What do I need that for?” he asks. “If I can already get food in 20 minutes or an Amazon delivery in New York in less than an hour, I don’t necessarily need a drone. But tackling real-world assets does not exist.To protect human beings on the planet, that’s not happening.”

UNCOVER ISRAEL - Get the ISRAEL21c
Weekly Edition free by email
Sign Up Now!
Bring Israel's story to life.
Millions of people around the world rely on us to gain a deeper understanding of Israel. We are the trusted source for original content you won't find anywhere else.
You can make a difference. Donate today to support journalism that brings Israel’s story alive.
SUPPORT ISRAEL21c
Read more on:   Technology, Environment, Drones, Oil Spills, SkyX