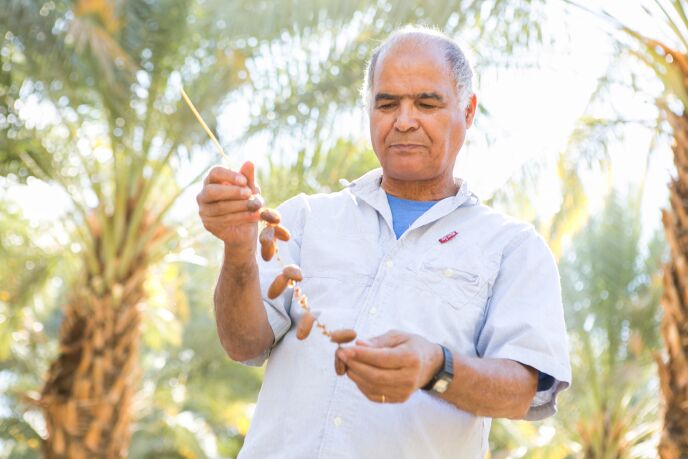 Moshe Tirat checks the dates fresh off the tree.

Moshe Tirat checks the dates fresh off the tree.

California date plantation owner David Kohl is so sure of Israeli agricultural knowhow that he’s adopting its radically different farm-management practices –– even if other US date farmers are skeptical.

Kohl came into the date-farming business in 2002 by accident, he tells ISRAEL21c. His family owned a large tract of land and thought to grow date palms for the homebuilding industry. When the real-estate market tanked, they turned to farming the fruit of the trees instead. And that has turned out to be a good, profitable business.

Today Kohl and his family manage the 1,500-acre (600-hectare) La Quinta Date Farm in California’s Coachella Valley near the town of Thermal. He believes many of the practices of American date farms are obsolete and wasteful, so he hired an Israel date-growing expert, Moshe Tirat, to come and replicate Israeli practices in California. 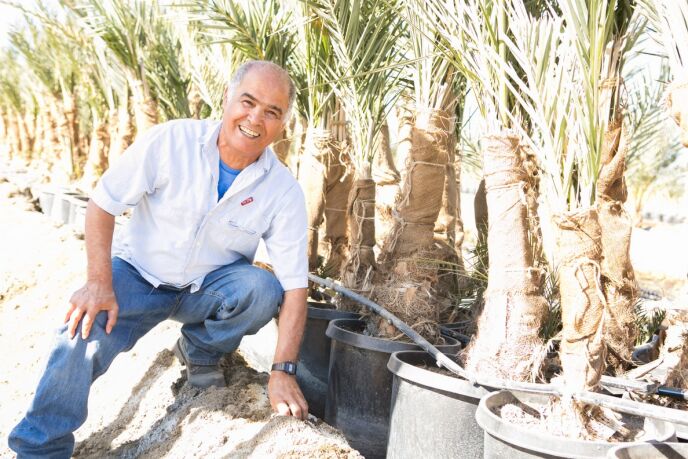 Tirat was the head grower at Moshav Hatzeva in the Arava Desert from 1994 through 2012.

“Moshe was at our farm for about six or seven months,” relates Kohl, who has visited Israel several times. “The first step was huge. He changed our irrigation system. We wanted everything drip [irrigation]. In the United States, everyone who can, floods. That is the best way to grow dates, according to US standards.

“Water, you see, is abundant here, but things could change. In Israel the cost to water a tree each year is $140. In California it is less than $7. That’s why people haven’t spent the money for drip. Moshe, who has looked at the industry, has found that you can really monitor each tree, give them 95 percent of their water and make the tree more productive so it grows more.”

Drip irrigation has another advantage over flooding, he adds. “When we flood the fields, we can’t get in there. With drip, weed control becomes a lot easier because the drip’s water is being concentrated.”

La Quinta produces four varieties of dates: Medjoul, Noor, Barhi and Zhaidi. While the Medjoul is by far the most popular date, says Kohl, the Noor is the favored date among connoisseurs worldwide.

By replicating some of the conditions of growing the Noor in Israel, Kohl expects to achieve a better product that brings out the tender candied flavor of the Noor, which is otherwise too dry in America.

La Quinta produces about 400 tons of dates a year, but yield is expected to jump 20% next year, thanks to Tirat’s changes.

In addition to drip irrigation, he brought in hydraulic cranes to help with the harvesting process for the company’s staff of 25, making it a lot more cost effective. In the past, pickers would leave large parts of the trees unharvested. 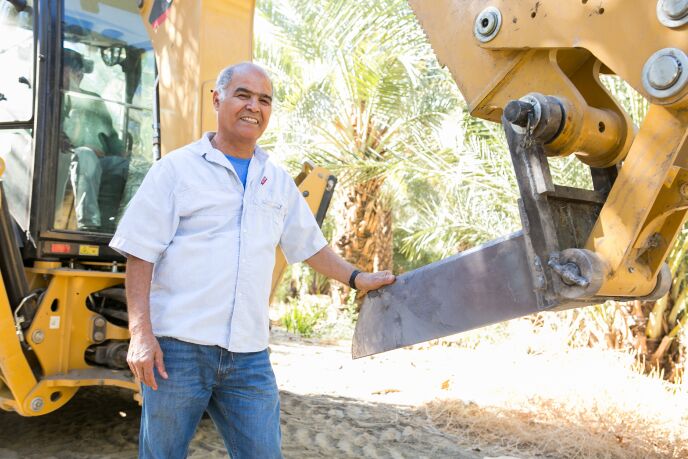 Israeli-style shoot thinning and pruning methods — removing the lowest dates rather than every other date as American farmers do –– is also expected to boost productivity, Kohl expects.

Rough estimates are that $60 per tree has been saved with Tirat’s help so far. And sometimes it’s the little things that count most, like small hacks to equipment that make workers’ lives easier and more productive, says Kohl, citing his admiration for the Israeli government’s interest in funding agricultural research to help Israeli date farmers become more productive.

“There is not a lot of sharing going on here,” he notes. “We want to be more like Israel where [they] share [knowledge] with everybody. The better quality the fruit, well, the better it is for everyone.”

Naysayers think the Israeli methods won’t work because of differences in California’s climate.

“My guess is our results are going to be good,” says Kohl, whose dates are sold in Whole Foods supermarkets and abroad.

He is hoping that Tirat will return to California in the near future to build on the work he started.

For more information on date farming in Israel, click here.