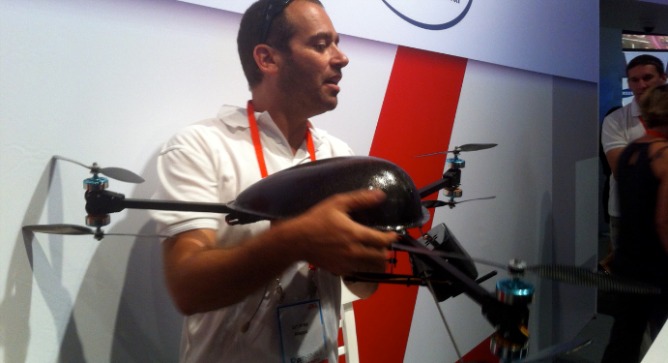 For the past 10 years, Israeli high-tech icons and brothers Yehuda and Zohar Zisapel have brought their family of companies together for a showcase: the Bynet Expo in Tel Aviv.

Selling services and products for telecom, IT security, wireless mobility, finance, defense, computing and networking, the Zisapel brothers formed RAD Bynet Group in the 1970s. Last year, its 16 different companies — which together form the mother of all high-tech firms in Israel — saw more than $1 billion in sales.

At this year’s Bynet Expo at the Tel Aviv Fairgrounds, 60 booths were manned either by external companies displaying how RAD or Bynet solutions worked for them, or showed from the inside what the latest products do.

Israelis from large and small high-tech, communications and IT security companies examined new “toys” including drone communications systems for monitoring assets such as farm equipment, and shed-size servers that will make up a new server farm for Israel –– its biggest yet, to be built into Jerusalem rock in the holy city.

There were new camera technologies that can stream more teleconferencing on less bandwidth; and talk of how Bynet and RAD companies are going to make Brazil’s Olympic Games safe for everyone attending and competing.

A special booth for the new lifelike TelePresence by Cisco demonstrated how Bynet knowhow enables HD-quality streaming and voice when a Skype call with clients or business associates just won’t do. FlexPod by Cisco’s Cloupia, a data center in a box, was also attracting attention.

On display there was also a back-mounted camera so police officers can see behind their backs, and a driver-less vehicle called G-NIUS, providing video and surveillance systems for border surveillance. 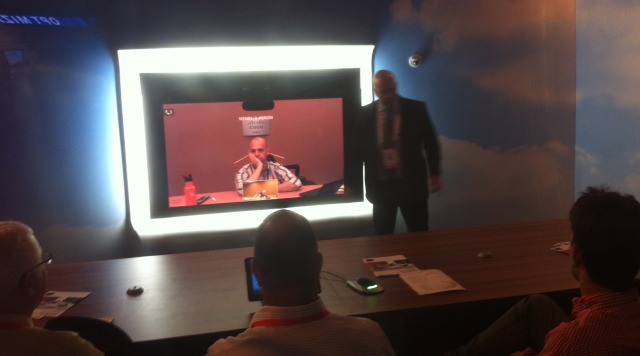 While together both parent companies employ more than 4,500 people in Israel and globally, their names are not household words since they are primarily technical solution providers that give well-known giants like Cisco, Dell and EMC an edge on their competitors.

Amir Forkosh, vice president of the technology division of Bynet, tells ISRAEL21c that the RAD Bynet Group’s leading services are in the enterprise segments, “ensuring security, mobility and privacy.”

Bynet is also a services provider, and in that scope is a systems integrator, taking several in-house products and combining them with the client’s to create a new solution that works better than the old one.

With intense pressure to save money, and an enormous cost to upgrade existing technologies, it is not unheard of for a company to spend up to 75 percent of money invested in a technology to upgrade it to new standards. 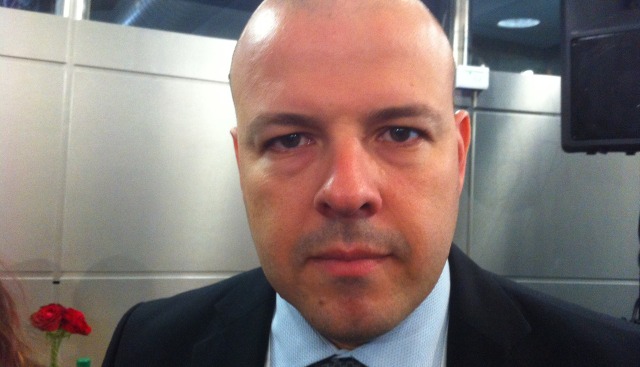 Typically the group works with the chief information officers of technology companies to integrate hardware, software and other tech products into existing or new technologies.

Bynet Communications helped the company Aleppo develop communications for a small drone about the size of a toy helicopter. Fitted with a camera, the drone streams information back to the base station, helping farmers keep an eye on their assets even when the cows roam far from home.

Bynet CEO Alon Ben-Zur said that one of the company’s growth engines this year will be providing services to foreign companies under the threat of cyber-attacks.

But fear was not the focus of this all-out tech lover’s event. Israeli confidence in its high-tech smarts shone through.

While the Bynet Expo is heavily advertised in the Hebrew speaking world, it should attract more foreigners looking to find the chefs who are making Israel’s secret “startup nation” sauce.