In 2012, after many years of writing about startups, I thought I’d try my hand at creating one of my own. I came up with an idea for an app that I thought was super cool.

The resulting product was riddled with bugs, yet it developed a small fan base who encouraged me to fix the problems.

Unfortunately, every time Apple updated the iPhone’s operating system, the app would need an update, too. I couldn’t keep up with the changes – which left me no time to fix the actual bugs. Ultimately, I had no choice but to remove my creation from the App Store.

SPIRITT, a new startup led by 25-year-old Israeli coders Tamir Magen and Or Kliger, is flipping the traditional development process on its digital head.

Anyone interested in building an app simply initiates a conversation with an artificially intelligent chatbot, which asks questions like a human developer would. SPIRITT’s AI then uses that information to build the app.

The chatbot asks what problem your product solves and what your design preferences are, and then checks to make sure the AI understood you. 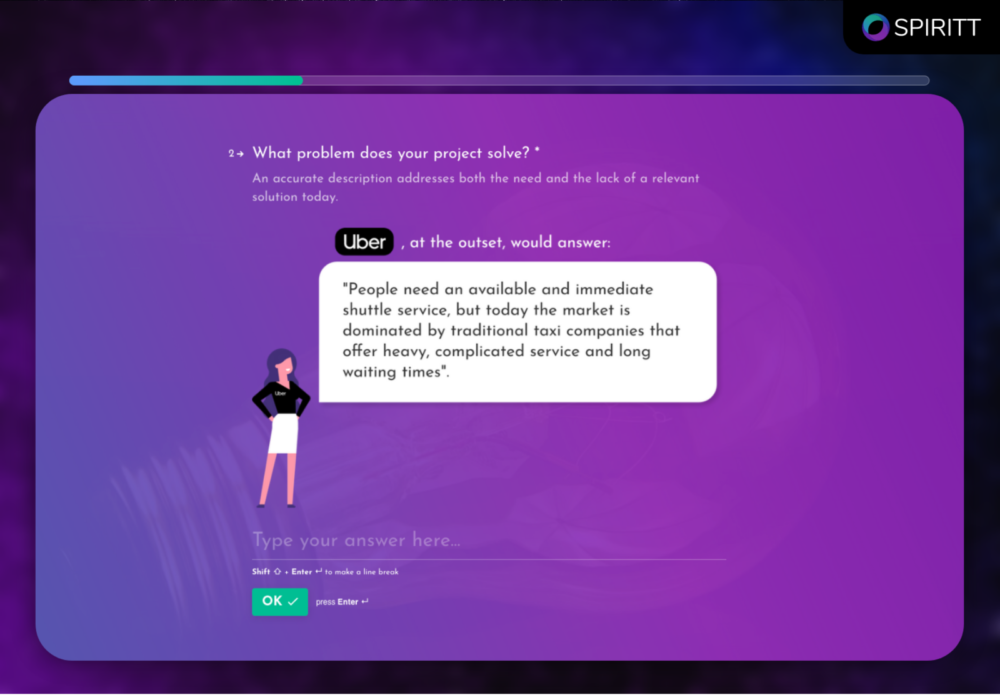 A screenshot of SPIRITT’s user interface.

“We go over each screen with a customer to make sure this is what they wanted. Did we understand the business model? The customer can then accept it or correct it,” Magen says.

SPIRITT does not simply apply readymade templates. It builds each app from scratch.

The entrepreneur doesn’t pay a penny until he or she is satisfied with the results. Customers have up to seven days to decide.

If the app is approved, SPIRITT charges a monthly subscription fee, which includes hosting the app, access to a payment system (US-based processor Stripe), versions for mobile and desktop, and making any changes required – a feature that would have solved my own app update conundrum a decade ago.

The monthly subscription fee is based on the number of users. For up to 100 monthly users, SPIRITT charges $350. The cost is adjusted dynamically as the user base grows; $1,500 covers 150,000 monthly users.

Magen, the CEO, points to an inherent “conflict of interest between entrepreneurs and software studios. The software studio has to charge a considerable sum for every request, no matter how small, to cover the large expenses incurred by business operations and employee wages. The situation for entrepreneurs is reversed. They need to make constant modifications to their apps while not having the required funds when starting out.”

SPIRITT aims to break that loop.

SPIRITT is intended to build complex apps, Magen tells ISRAEL21c. So far, these have included what Magen calls an “Airbnb for toilets – one of the craziest ideas I’ve ever seen – and an Airbnb for food.”

Other examples are a kind of “Tinder for people looking for a job in the data science fields” and an on-demand boat ordering app like Uber for the ocean. 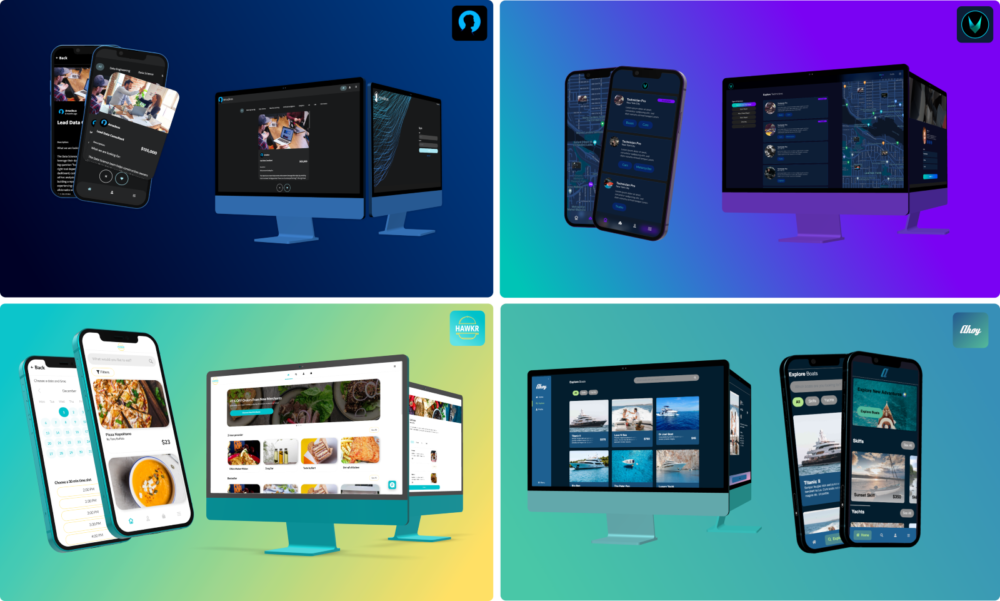 SPIRITT won’t work for every app. Before entrepreneurs even get to the chatbot stage, they must submit an application. An algorithm ranks the idea, then a SPIRITT staffer takes over. It can take up to two to three weeks for SPIRITT to return an answer to the entrepreneur.

“The best way to check if there is a fit between us and your idea is to apply,” Magen notes. “We will verify that we can 100 percent help you build and scale your app before you even start the process.”

The decision to build (or not build) an app is not based on whether SPIRITT believes the app will be a success.

“We don’t judge,” Magen says. “After all, most investors thought Airbnb was an awful idea. Who wants to sleep on someone else’s couch? But life judges an idea better than we can.”

Rather, the yay or nay decision is more a matter of whether SPIRITT can build the app based on the tools and knowledge its AI has.

“Ultimately, our mission is to allow anyone in the world the opportunity to create a startup, regardless of location, tech skills or money. There are too many great ideas that never get a chance to succeed.”

SPIRITT has attracted $5.5 million in investment from Izhar Shai, the venture capitalist turned politician (he was the Minister of Science and Technology in 2020-2021) turned venture capitalist again (Shai is now a partner in the firm Disruptive AI, which invests specifically in AI-focused startups). The round also included Silicon Valley Bank. 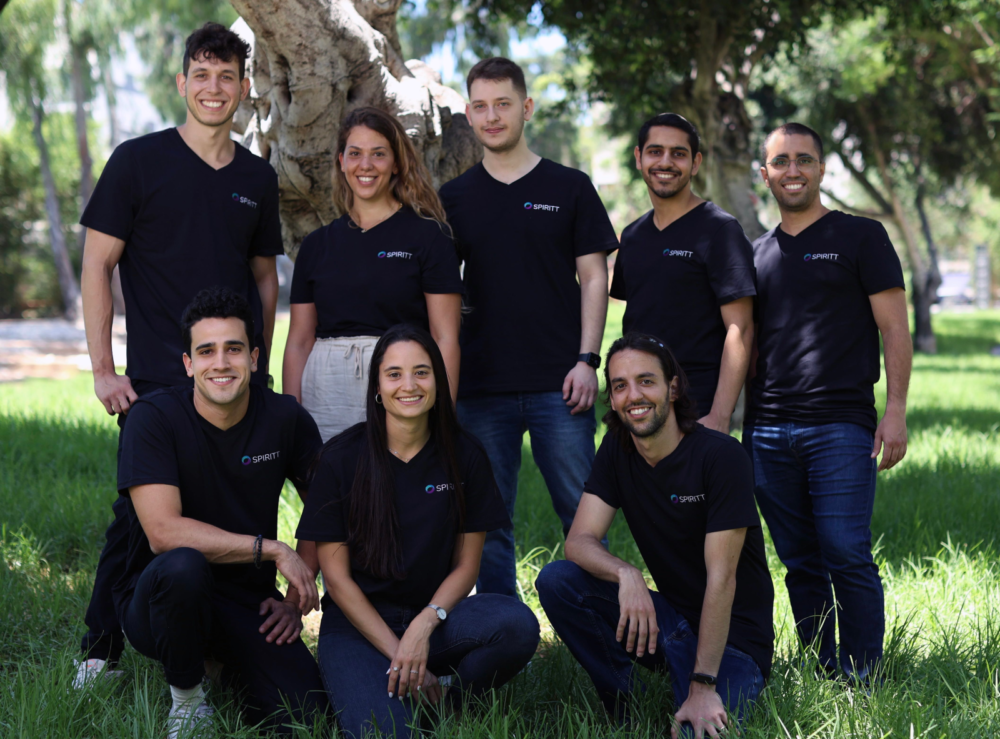 SPIRITT has a small staff in Tel Aviv. Photo by Olga Fedchuk

SPIRITT has one main, and very large, competitor: Bubble.io, which has raised $100 million — a financing milestone that also validates SPIRITT’s market.

SPIRITT by contrast is still small, with nine people based in Tel Aviv and several remote workers in San Francisco.

A week of production time

Magen estimates it takes about a week from finishing the chatbot discussion to a full-scale production-ready product, including a quality assurance (QA) process that involves humans.

“But as the AI gets better and better, we’ll reduce the human power in the process,” he says.

How can SPIRITT work so quickly?

The company’s AI “understands users’ free text descriptions and translates that into code,” Magen explains. “The AI uses dedicated programming languages that we developed just for that purpose.”

This represented a breakthrough for the SPIRITT team.

Both Magen and Kliger have been building startups and programming since they were pre-teens; they created their first company already in high school.

After their release from the army, they founded what became SPIRITT, joining forces with Lidor Cohen, a former software architect at Google.

What’s with the spelling of SPIRITT? Why the double t’s? we asked Magen.

What was the craziest idea Magen has seen?

“I once saw an app that allows people to rent a dog for a day to impress a girl,” he says.

That app, by the way, was accepted by SPIRITT.