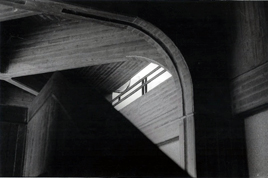 Once unloved, the architectural style known as Brutalism is experiencing a comeback. The trend is welcome news for Israel, a country that upon its founding wholeheartedly embraced the Brutalist ethos of modularity, functionality and unadorned, honest materials like concrete slabs, cement blocks and exposed brick. 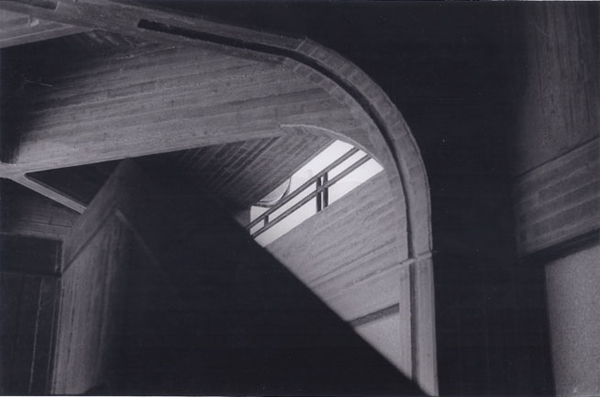 Brutalism influenced the young Israeli architects who were given free rein by the State to express themselves in public building plans commissioned for the outlying areas of the country. Unfettered by free market considerations, the Israeli Brutalists made use of such basic materials to create imposing structures.

As the designated capital of the Negev, the city of Be’er Sheva was the testing ground for Israeli Brutalism, a subject now explored by two new exhibits organized by the Israel Association of United Architects (IAUA).

The exhibit at the the IAUA gallery in Old Jaffa, entitled “Sunstroke”, deals with the deeper implications of architectural design. 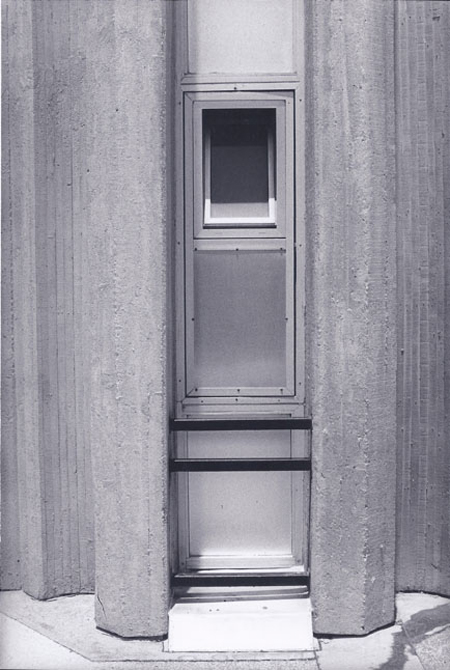 The theme is also carried through in the structural display that juxtaposes his photographs with snippets of poetry and digital screen captures. 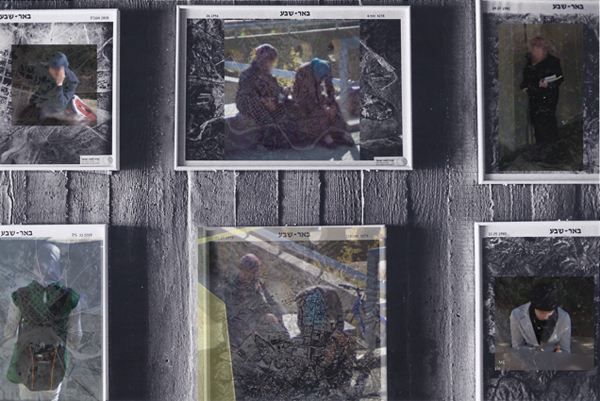 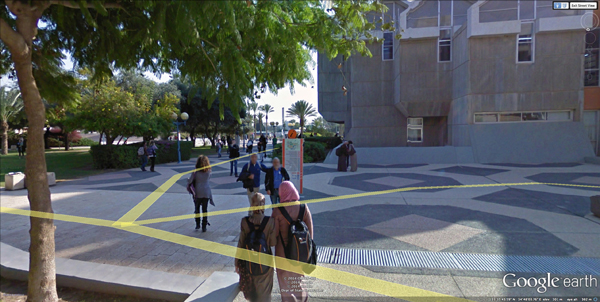 The exhibit also features a work by video-artist Gilad Ophir that deals with one of the Israeli Brutalist architects, the late Avraham Yaski. The video pits the architectural ideal against the harsh realities of the desert and those inhabiting the buildings of his design.

Yaski headed a team of young architects commissioned to plan an ambitious housing project, Schuna Hei, that included an equally ambitious quarter kilometer long building (still the longest building in Israel). The project, which was completed in the late 1960s, received international acclaim as a model public housing project and in fact, the neighborhood is still known as Schuna l’Dugma (the Model Neighborhood). 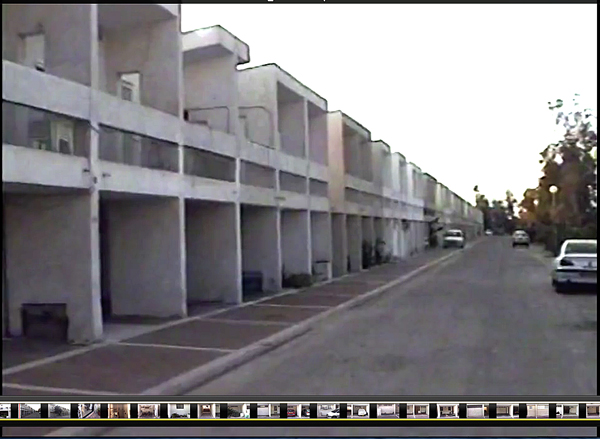 Yaski explained to an interviewer from Israel Architecture Quarterly, “During the fifties, sixties, and seventies when minimalism was dominant and there was social responsibility of the use of natural materials, it was possible to demonstrate ability on an international scale. In the past few decades the society of abundance deals more and more with the emphasis of wealth – more expensive materials, complex technologies and so forth. Everything is now dependent on the import of materials and technologies and of ideas.”

Israeli Brutalism is the subject of the other exhibition, now on at Tel Aviv’s Bauhaus Center, which presents a newly published architectural guide (in English and Hebrew) entitled Image of Beer Sheva: Brutalist and Neo-Brutalist Architecture by Dr. Hadas Shadar, with photos by Shai Epstein.

Shadar, an urban planner and public housing researcher, together with architect Omri Oz Amar, have spearheaded a campaign to brand Be’er Sheva as Israel’s center for Brutalist architecture, similar to the successful partnering of Tel Aviv and Bauhaus architecture.

According to Shadar, “The Be’er Sheva Brutalism seeks to interpret the specific place: the desert and its many physical and cultural layers. Be’er Sheva’s Brutalist structures are similar to other Brutalist buildings in other parts of the country (most designed by the same architects) yet they still hold the uniqueness of the desert. Understanding their historical and architectural significance is essential to understanding Be’er Sheva’s uniqueness. Beer Sheva, presented in future plans as Israel’s next metropolis, is unlike other metropolises – Tel Aviv and Jerusalem – having its own individuality including through its Brutalist landscape.” 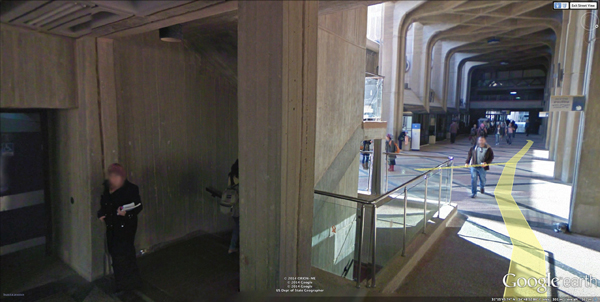 Other Brutalism highlights of Be’er Sheva described in the guide include the Be’er Sheva City Hall, the Zalman Aranne Library and student dormitory C at Ben-Gurion University of the Negev, the Music Conservatory, the Negev Brigade Memorial and many others.

These days, as missiles continue to attack Be’er Sheva, the city finds itself in the headlines and not for the right reasons. In calmer times, it is well worth a visit to see not only the buildings but the outstanding institutions making excellent use of them. Let’s hope those days come swiftly.