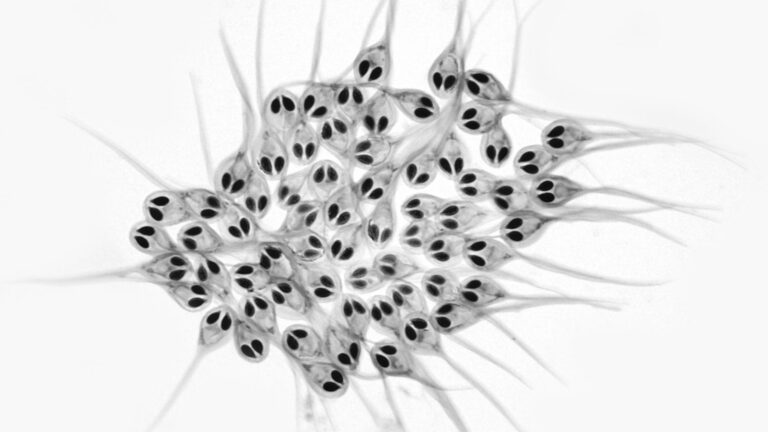 The tiny salmon parasite Henneguya salminicola is a myxozoan relative of jellyfish and corals. Apparently, over time it gave up breathing and consuming oxygen to produce energy.

“Aerobic respiration was thought to be ubiquitous in animals, but now we confirmed that this is not the case,” said lead researcher Prof. Dorothee Huchon of the School of Zoology at TAU’s Faculty of Life Sciences and Steinhardt Museum of Natural History.

“Our discovery shows that evolution can go in strange directions. Aerobic respiration is a major source of energy, and yet we found an animal that gave up this critical pathway.”

The parasite’s genome was sequenced, along with those of other myxozoans, as part of research supported by the U.S.-Israel Binational Science Foundation and conducted with Prof. Paulyn Cartwright of the University of Kansas and Profs. Jerri Bartholomew and Stephen Atkinson of Oregon State University.

While assembling the Henneguya genome, Huchon found that it did not include a mitochondrial genome. The mitochondria is the powerhouse of the cell where oxygen is captured to make energy, so its absence indicated that the animal was not breathing oxygen.

“It’s not yet clear to us how the parasite generates energy,” said Huchon. “It may be drawing it from the surrounding fish cells, or it may have a different type of respiration such as oxygen-free breathing, which typically characterizes anaerobic non-animal organisms.”

A study on the finding was published February 24 in the journal PNAS.

“It is generally thought that during evolution, organisms become more complex,” Huchon concluded. “But here is an animal whose evolutionary process is the opposite. Living in an oxygen-free environment, it has shed unnecessary genes responsible for aerobic respiration and become an even simpler organism.”