From far away, this giant beach ball sitting on Gordon Beach in Tel Aviv looks cute and colorful.

Up close, beachgoers can see that the ball — 3.5 meters (11.4 feet) in diameter — consists of thousands of discarded items, all of which was collected on local beaches.

Artist Tal Tenne Czaczkes made the huge waste ball sculpture for the Tel Aviv-Yafo municipality, which recently passed a law prohibiting single-use plastic, such as disposable dishes, bags and plastic, on bathing beaches.

As the law goes into effect, the municipality is focusing on information and warnings before putting more emphasis on enforcement and fines.

The giant beach ball, which will remain at Gordon Beach for about two months, is part of the city’s campaign to raise public awareness about littering and to enhance environmental awareness in general. 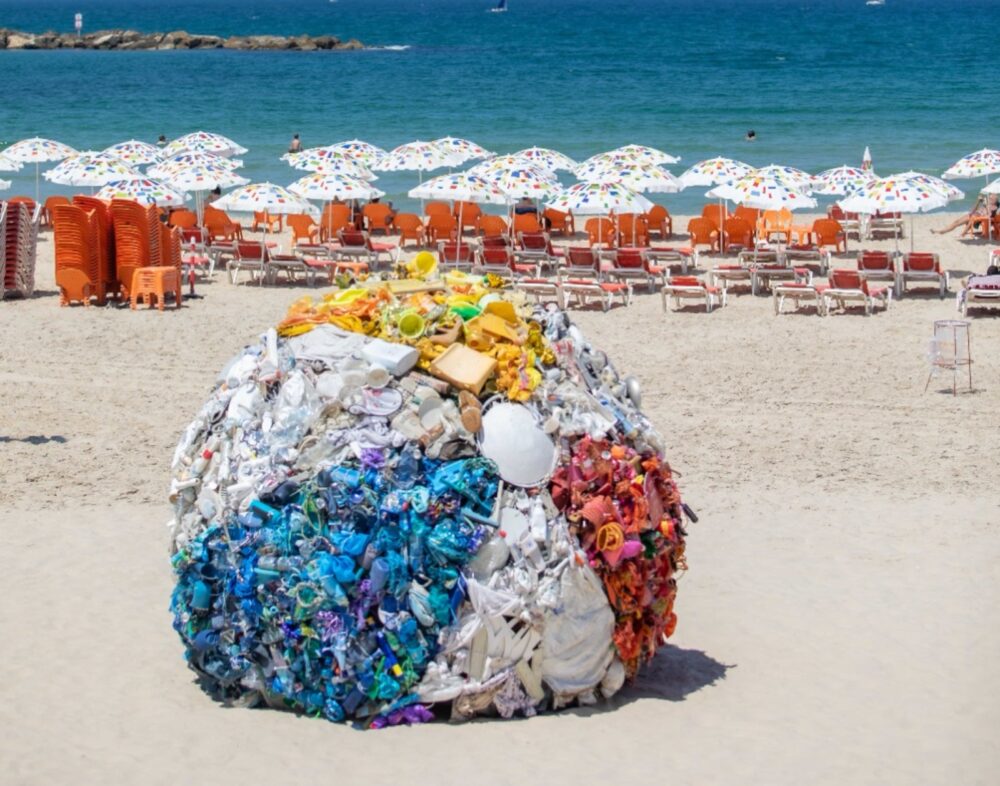 Czaczkes noted that beach balls often evoke fun childhood memories, but they often become litter themselves once they spring a leak and get discarded — left on the shore or floating into the sea, adding to the pollution problem.

“If I managed to collect that much myself, what would happen if thousands of people took action – bought less, discarded less, gathered more garbage from beaches?” she says in the video below (in Hebrew). “We are the change.”

Click here to see a similar project completed earlier this year by Jerusalem artist Beverly Barkat using plastic trash collected from beaches and forests in several countries. This awareness-raising globe was commissioned by the World Trade Center in New York.