A delegation from the Bezalel Academy of Arts & Design in Jerusalem won first place among foreign schools at Tokyo Designers Week, October 25 to November 3, for its “How To” project — a series of YouTube videos demonstrating how to make products ranging from cotton candy to a stepstool, and how to do things like picking a lock or charging an iPod using fruit. 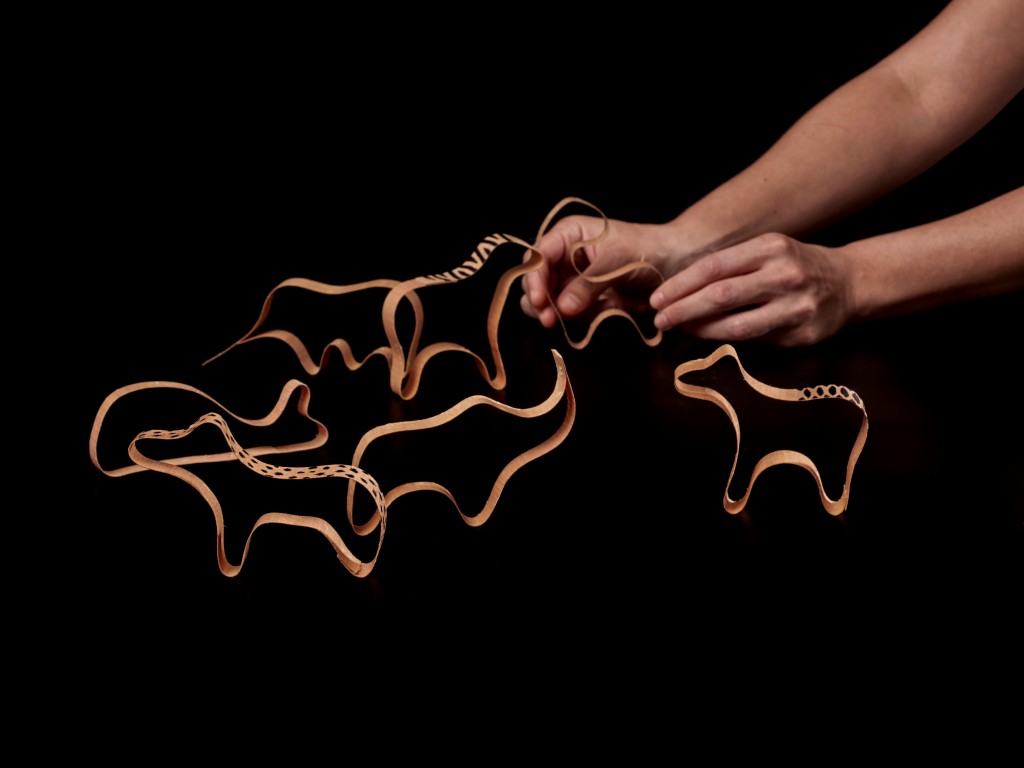 Gal Bulka’s project, “How to fold a friend.” Photo by Moti Fishbain

Design schools from outside Japan may enter their work only in the foreign category, and Bezalel beat out 10 other delegations, from schools in France, Switzerland, Korea, Mexico, England and Taiwan.

Tokyo Designers Week, the largest annual event in design and the arts in Asia, attracts more than 100,000 visitors from around the world.

“How To” was conceptualized and curated by industrial designers Liora Rosin and Nitsan Debbi of Tel Aviv’s Studio Bet-Melacha, featured by ISRAEL21c in January 2013.

“As designers and instructors at Bezalel, we are curious about how knowledge is accumulated and passed on from masters to students and from new masters on YouTube,” Rosin told ISRAEL21c, “even if it’s an 89-year-old teaching a specific kind of knitting.”

The duo debuted “How To” at Beijing Design Week in late 2012, using clips made by eight Israeli and six Chinese designers.

Judges called their five “How To” productions “excellent and brilliant.”