Diana Aho has seen it all: super celebrity guests, discreet diplomatic missions and journalists dropping their knives and forks to rush out and cover unfolding Middle Eastern events.

She’s also been privy to some weird requests, such as completely blacking out rooms and removing antique rugs from the floors. Some guests, it seems, even think she can change the weather to suit their taste.

It’s all in a day’s work for Aho, who for over two decades has been the front desk and reservations manager at the American Colony, one of Jerusalem’s most iconic hotels. Its location on the seam between the east and west of the city, its storied history and undeniable luxury all make it a favorite with guests ranging from Lawrence of Arabia to Jane Fonda. 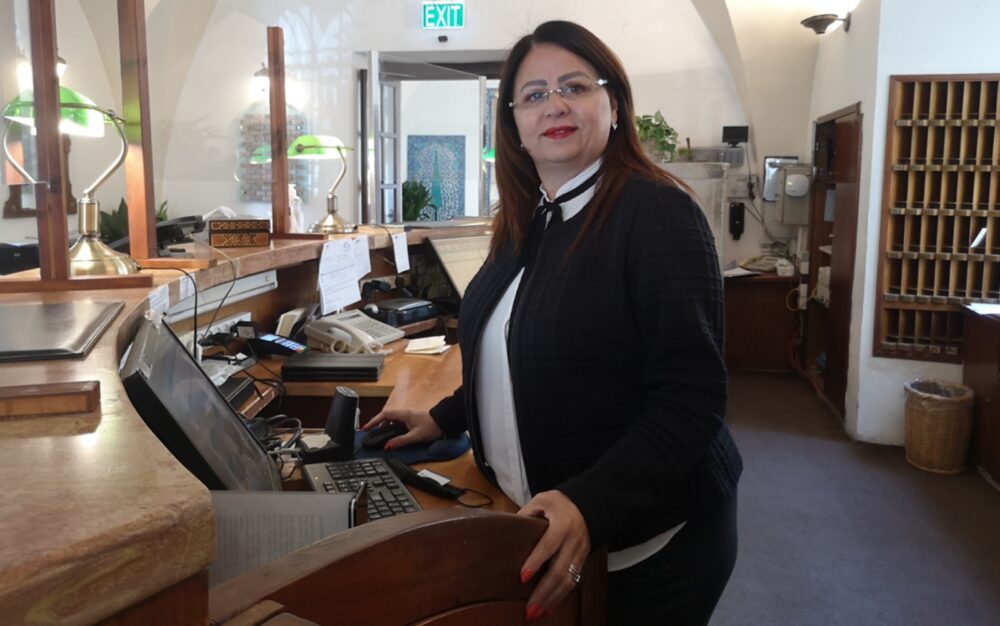 Diana Aho is the person in charge of welcoming guests to the monumental hotel. Photo by Naama Barak

As such, Aho has endless fascinating stories and insights to share.

“I graduated from Bethlehem University – four years of hotel management – and I’ve been the front office and reservations manager for 22 and a half years. I started as an assistant and after six months I took over,” she explains.

“I love it — there’s never a dull moment at the hotel,” she says.

“There’s something magical about this place. I don’t know, it’s a bit hard to express or to explain, but you just get attached to it. Listen, the history is beautiful in this hotel, the building is fascinating, management is absolutely great, owners are number one.” 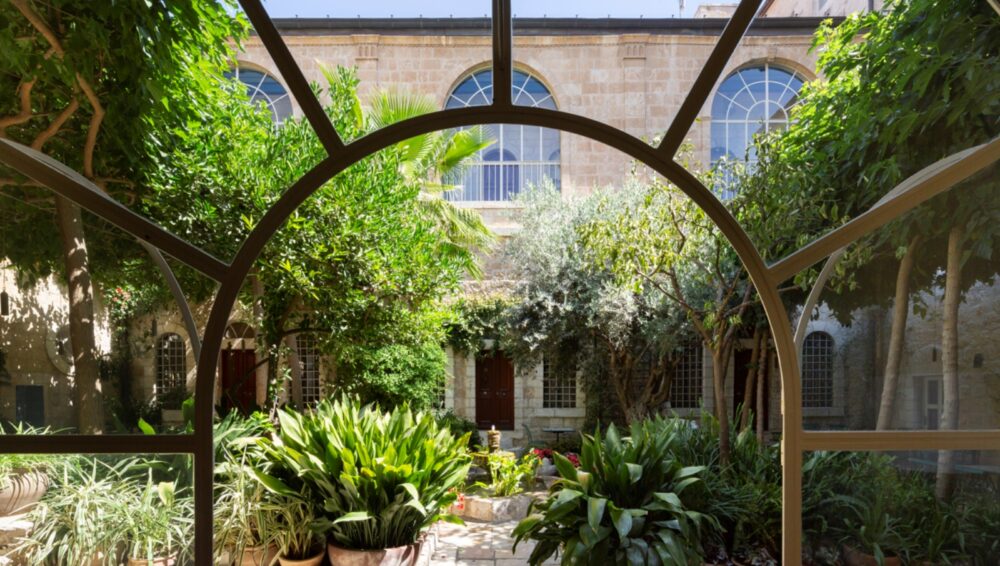 The American Colony Hotel started out as the 19th century mansion of a local Arab notable, turned into a Swedish-American commune and is nowadays one of Jerusalem’s finest hotels. Photo by Mikaela Burstow

The 94-room hotel dates to the late 19th century when it was built as a palace for a Turkish pasha. It was then taken over by an American-Swedish Christian humanitarian commune – hence the American Colony name – that operated from the site until the middle of the 20th century.

By 1902 it had turned into a three-building luxury hotel that to this day is owned by the descendants of the American pioneers.

No two rooms in the American Colony Hotel are alike. Photo by Mikaela Burstow

The American Colony Hotel caters primarily to diplomatic missions, businesspeople and individuals from Europe and the United States looking for a unique Jerusalemite experience.

“We were and still are the center of all the action around the city,” Aho notes. 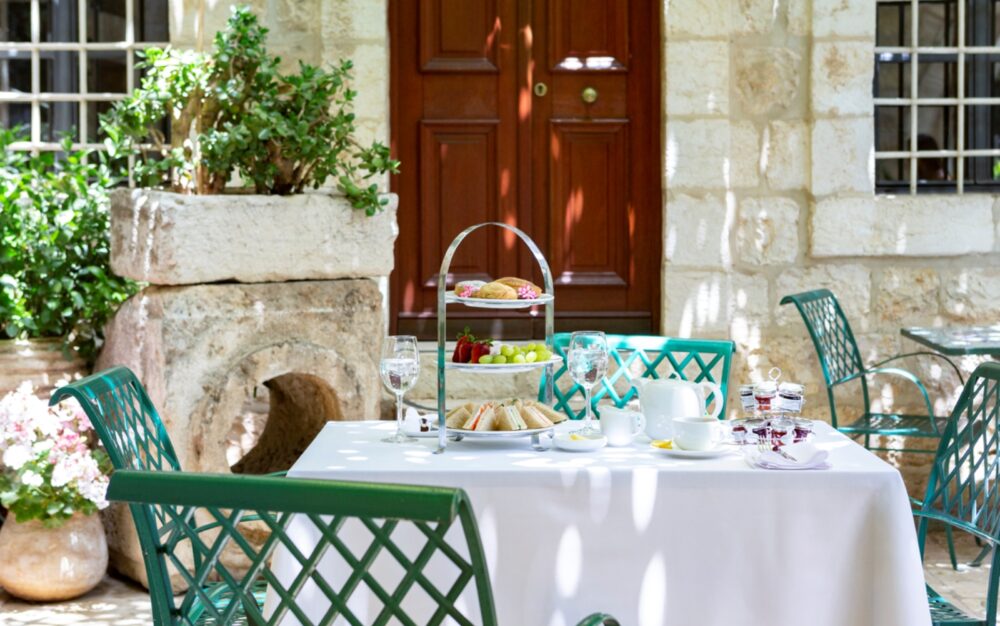 A quintessential English tea served at the American Colony Hotel in Jerusalem. Photo by Mikaela Burstow

“During the intifada, we were the only hotel working 100 percent. It was full of journalists. The BBC, ABC, Sky News, CNN, the Italians, every single newspaper, they were staying here with us,” she tells ISRAEL21c.

Nowadays, as always, all the guests expect top-notch service.

“They expect service, excellence, hospitality from the employees with a smiling face. They expect us to know them — almost 70 percent of the guests are returning – so you end up calling them by their first names because you have this special relationship with them. They come four, five times a year, sometimes once a year,” she explains. 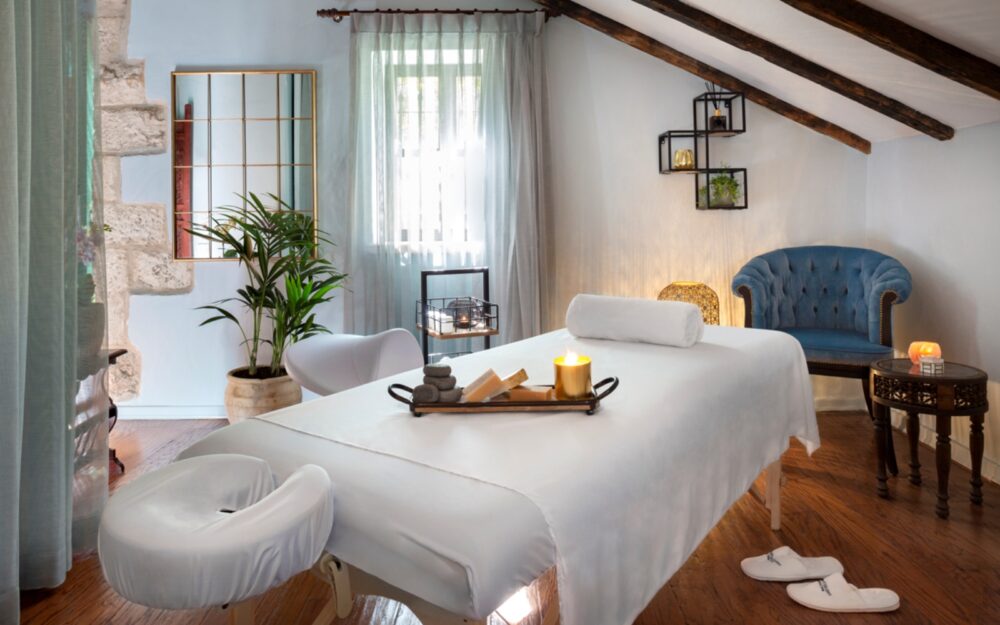 The American Colony Hotel offers spa treatments to guests and outside visitors. Photo by Mikaela Burstow

“We remember them, we know what they like, what they dislike,” she adds. “That’s what gives the guest this special feeling that we know him, it’s his home. We have it all in our history in our systems; what happened last time he was here, any special occasions, or any special requests, we all know that.”

These special requests, she says, can range from having no-feather or all-feather bedding and installing blackout curtains for light-sensitive guests to rolling up the hotel’s antique rugs for those suffering from allergies.

But sometimes, even the ever-accommodating Aho can’t work her magic.

“A few days ago, a guest wanted a box-spring bed of a specific size. It’s a bit hard to buy that, plus it’s expensive, so it wasn’t easy. I felt bad because we couldn’t accommodate her special request. We try our best to always say okay but sometimes we can’t.” 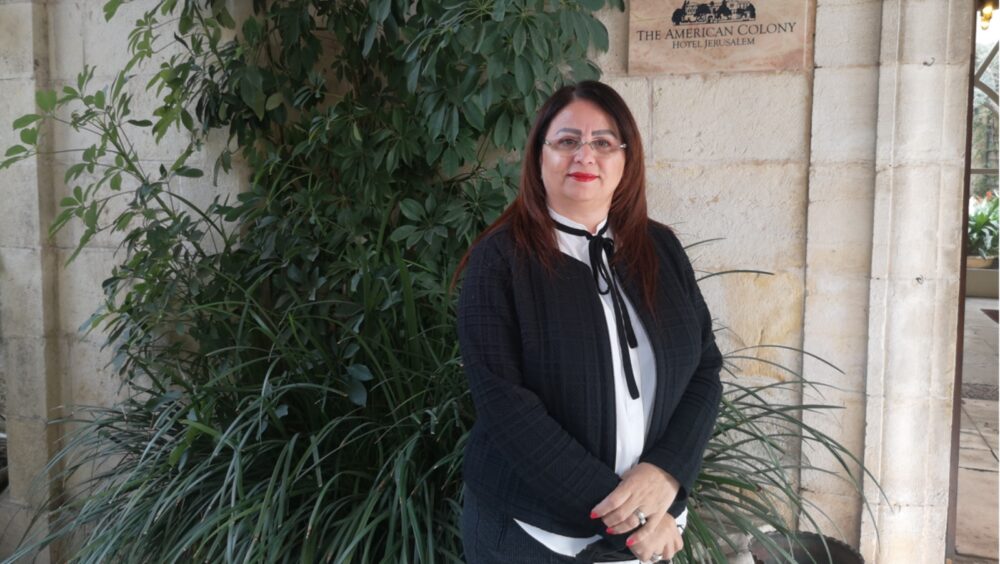 According to Aho, the hotel’s most famous guests aren’t the ones with outrageous requests.

Former British prime minister Tony Blair, for example, was perfectly pleasant during his prolonged stay at the American Colony while on a diplomatic mission.

“He took a floor and a half for a few years. It was busy: we had lots of meetings, lots of action in the hotel, people coming into the lobby, having some meetings, dinner, lunches,” Aho recalls.

“He was very nice. You know, staying with us for few years, he knows us. Very nice personality. Never complains, never shouts, never talks loudly, a very nice guest.” 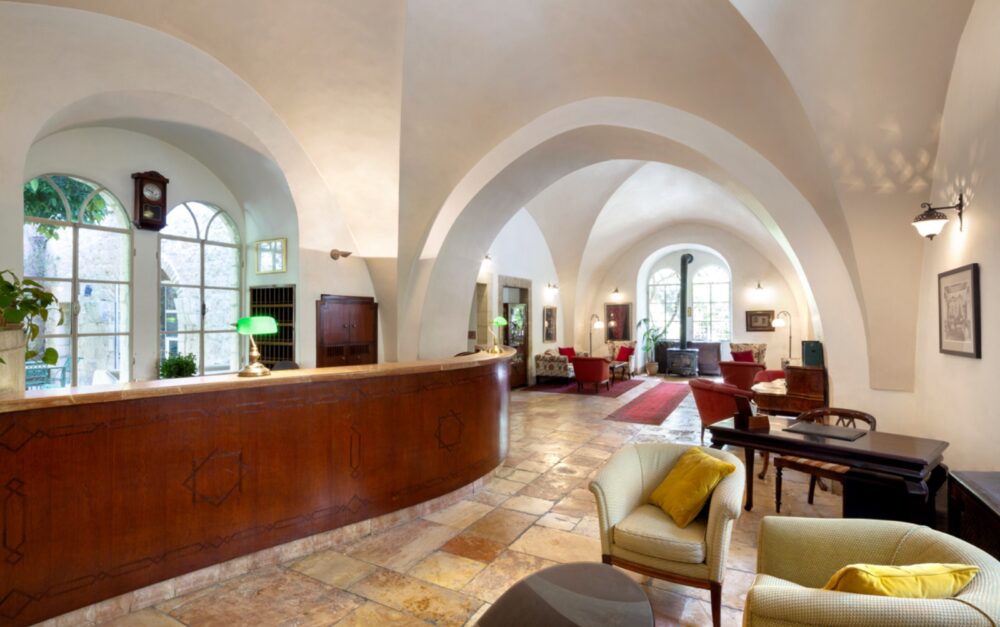 American actress Jane Fonda, Aho, says, was “a very nice lady. Natalie Portman was here. Uma Thurman stayed. When I started in 1999 my first VIP was Giorgio Armani. I saw him in the lobby. He was wearing – I’ll never forget – red pants and a pinkish shirt, very strong colors. We had Chuck Norris, Sting the singer, Sir Ben Kingsley.”

These celebrities were “very normal,” she says. “But the rooms should be tiptop, flawlessly clean, 100 percent. They don’t want any noises, paparazzi; they like to keep a low profile.”

Some of them even make it downstairs for breakfast with everyone else, but occupy the corner table. Somewhat surprisingly, none had any special dietary requests. 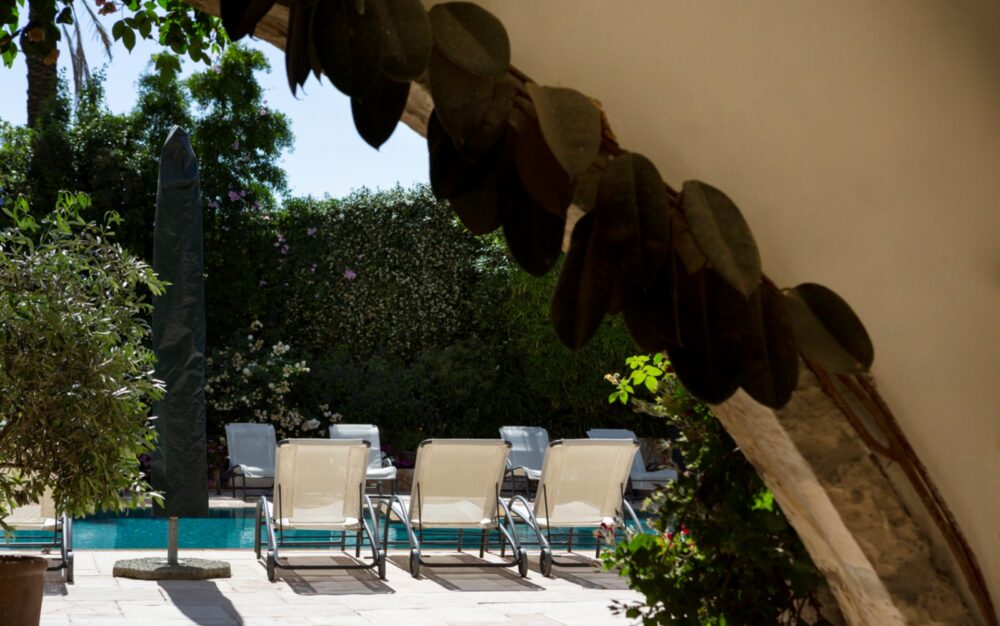 Richard Gere was her fave

Asked who her favorite guest was, Aho doesn’t hesitate.

“Richard Gere! I have all these pictures with him. He’s very nice, very down to earth. I think he stayed with us four or five times,” she recalls.

Following her years of expertise, Aho has insider advice on how to ensure you always have a pleasurable hospitality experience.

“When you come to a hotel, if you enter the reception with a smiling face, all your stay is excellent. Believe me, I’m telling you. And if you’re nagging about something or you’re upset about something that happened at the airport, or with the taxi, or on the way, you start your vacation on the wrong foot,” she says.

“You know, I’ve been here for 23 years, and I can tell you this is what’s happening. If the guest starts his stay with a nice smiling face, with a nice approach to the front desk or anyone, then I’m telling you – I don’t know why – his stay is smooth, nice, hospitable.”

In general, she notes, post-Covid guests are noticeably nicer and more patient.

“We all changed after the Covid. You tend to see how life is very precious, and you think twice before you do anything and you don’t take life for granted,” she says.

“When you put someone in a closed area for a while you tend to suffocate him, so he tends to want to go out, to enjoy life, to see everything. So I think people have changed for the better,” she concludes.