If the director of BioJerusalem has her way, Israel’s political and spiritual capital may yet become a major center of biotech as well.

The Ein Kerem campus of the Hebrew University of Jerusalem, home to the University’s Institute of Drug Research.

Jerusalem, considered Israel’s crowning metropolis by many, is known as the nation’s political and spiritual capital, its largest city, and a holy site of deep significance to the three monotheistic religions. If Chen Levin of BioJerusalem has her way, a new jewel will be added to that crown, and the city will also become a world center of biotechnology.

In fact, according to BioJerusalem director Levin, who is spearheading the group’s program to attract biotechnology companies to Jerusalem, the city is already well on its way to realizing her dream. “Three of the city’s hospitals – Hebrew University, Shaare Tzedek Medical Center, and Hadassah Medical Center – are responsible for half of the substantial biotechnology research done in Israel,” she says.

Not to mention that Hebrew University is 12th in the world in biotech patents, meaning that a substantial infrastructure for a major biotech industry in Jerusalem is already in place. There are already dozens of Israeli companies throughout the city, and its new BioMed Park is the country’s first technology park devoted to medical devices and biotech companies.

Biotech is “a natural” for Jerusalem

BioJerusalem is the product of years of effort by the Jerusalem Development Authority (JDA), an organization that has worked to develop both physical and economic infrastructure in the city. Quoting Jerusalem Mayor Nir Barkat, Levin, who has a background in marketing and life sciences and helped to establish the only biotech incubator in Israel, says that the JDA “is considered the business development arm of the Jerusalem Municipality.”

Much of the JDA’s budget comes from the national government, as the Knesset passed a number of laws dedicated to enhancing the city’s status as Israel’s capital.

Biotechnology is “a natural” for Jerusalem, Levin tells ISRAEL21c. “Over 1,800 students graduate from life sciences programs at Jerusalem universities each year, and the city also has the highest number of life sciences Ph.D. students in Israel.”

The JDA has identified biotechnology as one of three areas in which Jerusalem can lead the country, she continues, the other two being tourism and new media.

“Jerusalem is one of Israel’s poorest cities, so the students and graduates in the biotech program are a valuable human resource for the city,” she adds. “We want to make sure there are enough jobs for those entering the field each year, so that we can ensure they remain in the city.”

So far, the effort has been a success; there are currently 100 life sciences companies in Jerusalem employing more than 32,000 people – almost 12 percent of the city’s workforce – with companies largely focused on development of therapeutics in the fields of oncology, immune-related diseases, neurodegenerative disorders, cardiovascular problems, infectious diseases and orthopedics.

And Jerusalem companies are leaders in several of the most lucrative and promising life sciences fields, such as brain research and regenerative medicine, particularly stem cell research.

Treatments for Alzheimer’s and cancer

Among the tools that BioJerusalem has at its disposal are monetary incentives, and with Jerusalem’s status as a top area for development, the incentives ensure that companies that relocate or open shop there receive generous grants and tax breaks from the national government and the municipality. 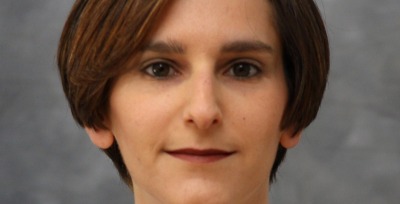 “A substantial infrastructure for a major biotech industry in Jerusalem is already in place,” Chen Levin, director of BioJerusalem.

Companies may receive between NIS 600,000 ($163,684) and NIS 2.4 million ($654,736) in grants. BioJerusalem also offer stipends and assistance to employees of biotech companies, to help them settle in the city, and additional aid is available, such as grants from the Chief Scientist’s Office, Levin says.

Among the program’s greatest successes so far have been the development of two major life science products by companies that BioJerusalem worked with to open labs in the city. The products, which generate some $1.6 billion in annual sales for their manufacturers, are Exelon, for the treatment of Alzheimer’s disease, which was developed by Hebrew University and Novartis; and Doxil, for the treatment of cancer, developed by Hebrew University and J&J/Schering.

While the second-largest biotech convention in the world is held annually in Tel Aviv and biomed appears to be thriving in the country, Jerusalem is the focus of biotech efforts.

In late 2005, the organization implemented a five-year-plan encompassing the incentives, with the Knesset allocating money specifically to encouraging biotechnology firms to do business in Jerusalem. That plan is set to end in 2011, but Levin says she believes that a new plan – even more comprehensive than the first – will take its place.

And the organization has big plans for the new injections of Knesset cash, she says, if and when they are approved. The subsidized lab that BioJerusalem plans to build at the new BioMed Park, for example, will be a major draw for fledgling biotechnology startups.

“Lab space and time is usually very hard to come by, and very expensive,” Levin explains. “The establishment of a lab with space they can rent out at reasonable prices will be a major draw for biotech companies.”

Initially, a 2,000 square meter (21,528-square-foot) lab is to be built, which will later be expanded to 5,000 square meters (53,820 square feet). Innovative ideas like that, she is convinced, will ensure that Jerusalem remain not only the center of Jewish life – but will eventually also become a center of life sciences, that will benefit the entire world.