Archeologists working near the Temple Mount in Jerusalem unearthed an ornate first-century villa with its own attached ritual bath (mikveh) dating back to the Second Temple era, as well as artifacts from the Roman-Byzantine and Ottoman periods.

Hebrew University archeologists Michal Haber and Oren Gutfeld began the salvage excavation in February 2021 as part of a project to provide elevator access for disabled people between Jerusalem’s Old City and the Western Wall. Haber explained, “During the Herodian period, the area in question was home to the city’s wealthiest residents. While several other ritual baths have been unearthed in the area, the importance of this particular discovery stems from its striking proximity to the Temple Mount—raising the question of who lived in this grand villa on the eve of the city’s destruction. It may well have been a priestly family.” 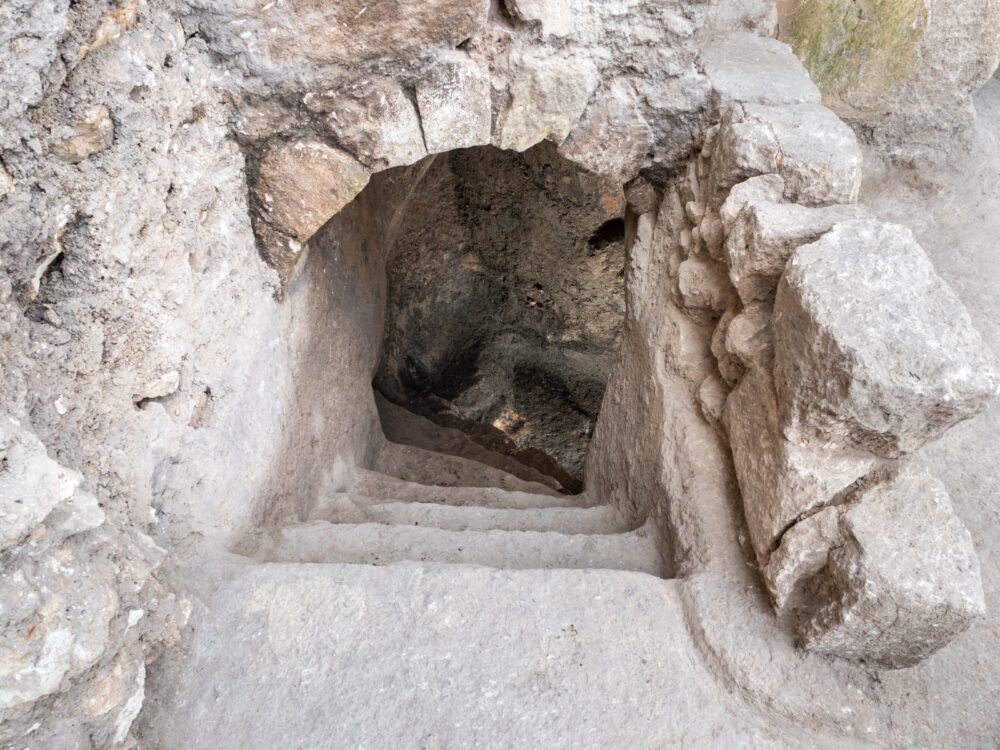 Descending the steps of the ritual bath. Photo by Assaf Peretz/Israel Antiquities Authority

The Hebrew University archeologists will work with Amit Reem, chief archeologist of the Israel Antiquities Authority’s Jerusalem District, to preserve the ritual bath and incorporate it into the new Western Wall Elevator complex.

They also found the remains of nearly 40 cooking pots, some still intact, in a plastered water cistern that had been in use until the destruction of the Second Temple by Rome in the first century CE. 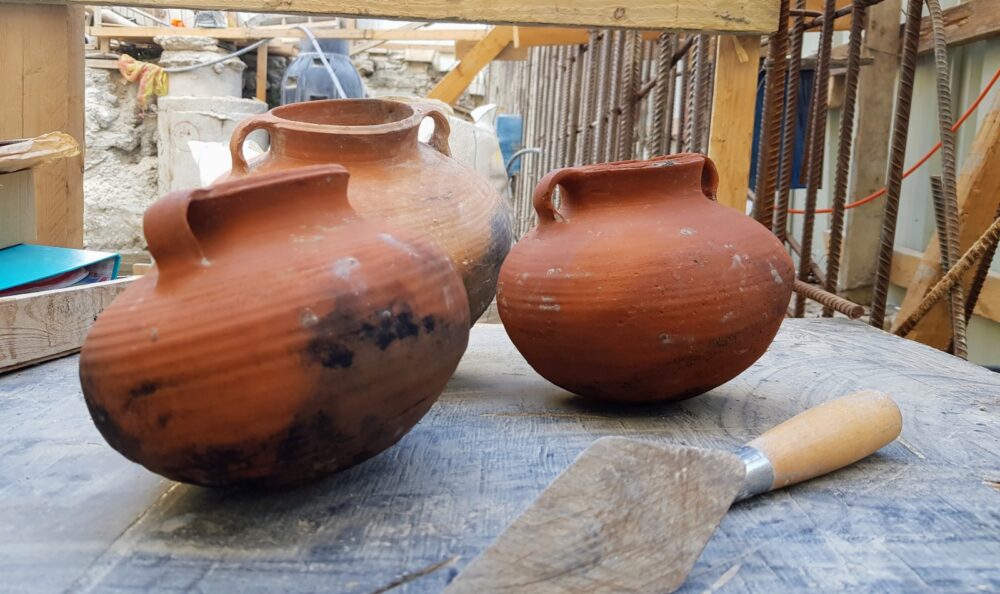 The fast of the ninth of the Jewish month of Av, this year corresponding to August 7, marks 1,950 years since Roman troops set the Second Temple on fire.

Also discovered in the excavations was a fragment of Late Byzantine-period ceramic oil lamps from the sixth to seventh centuries CE, inscribed with the Greek formula “The Light of Christ shines for all.” Christian pilgrims may have purchased the lamps as they came to the Byzantine city, then known as “Hierosolyma.” 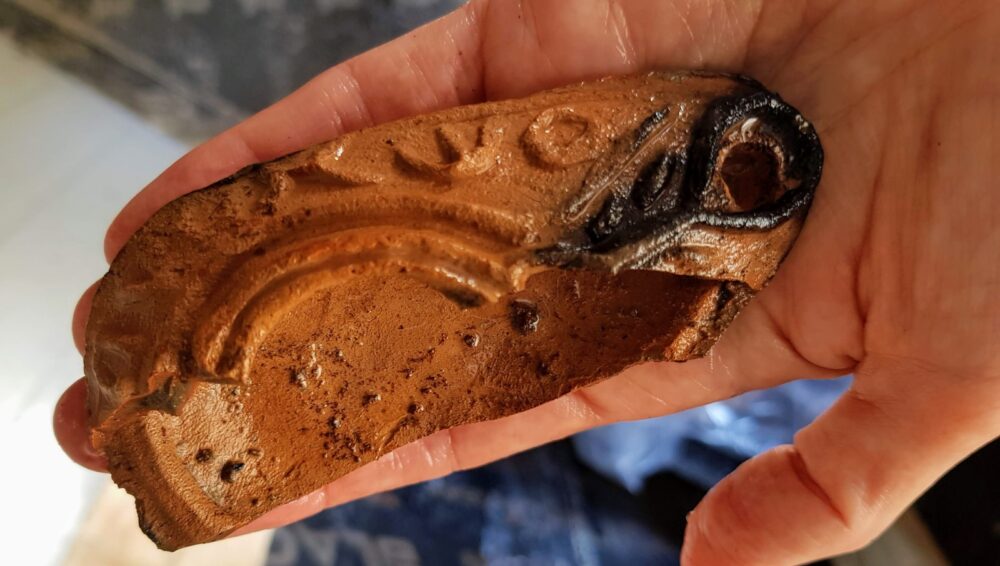 A fragment of a Byzantine oil lamp with remains of a Greek inscription “The light of Christ shines for all.” Photo by Michal Haber/Hebrew University

The team found part of an aqueduct that transported water from Solomon’s Pools near Bethlehem all the way to the Temple Mount in Jerusalem during the Second Temple period; and an industrial pool built by soldiers of Rome’s Tenth Legion who were stationed in Jerusalem in 130 CE. The excavations were overseen by Israel’s Ministry for Jerusalem Affairs and the William Davidson Foundation, and spearheaded by the Company for the Reconstruction and Development of the Jewish Quarter of the Old City of Jerusalem.

UNCOVER ISRAEL - Get the ISRAEL21c
Weekly Edition free by email
Sign Up Now!
Bring Israel's story to life.
Millions of people around the world rely on us to gain a deeper understanding of Israel. We are the trusted source for original content you won't find anywhere else.
You can make a difference. Donate today to support journalism that brings Israel’s story alive.
SUPPORT ISRAEL21c
Read more on:   News, Archeology, Jerusalem, second temple