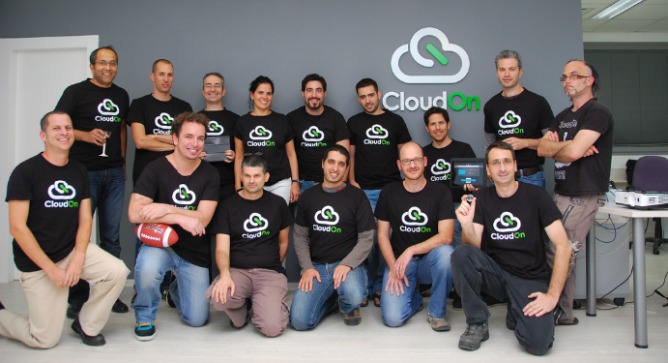 What would it take for you to say goodbye to your laptop and go entirely iPad? Maybe access to all your documents and the full functionality of Microsoft’s Office suite – especially if you’re an editor or lawyer for whom Word’s track-changes feature is essential.

CloudOn, an Israeli-US startup that has already raised an impressive $10 million without having a single shred of revenue, may be the answer to everyone’s prayers. The service puts all of Office – Word, Excel and PowerPoint – in the cloud so that Internet-connected iPad users can work just like they would back in the office. Documents are transferred using free file-sharing services.

How cool is that? Cool enough to make the CloudOn app the No. 1 free app in US, Canadian and UK app stores for almost a week when it launched earlier this year. One million copies of the app have been downloaded to date, and more than four million files have been edited.

CloudOn was co-founded in 2009 by CEO Milind Gadekar in the United States and Meir Morgenstern, the company’s VP of engineering, who heads up the company’s 17-person R&D office in Israel. The two met at another US-Israeli startup, P-Cube, which was acquired by Cisco in 2004.

CloudOn looks and feels like Microsoft Office, with a few touch screen tweaks — taps instead of clicks, pinch and squeeze to zoom in, an automatically appearing keyboard. The actual copy of Office sits on CloudOn’s servers, licensed from Microsoft. When a user is editing a document, a copy is held briefly at CloudOn, then destroyed as soon as the file is saved and sync’d.

What happens if Microsoft decides to come out with its own iPad version? It’s not a question that keeps Morgenstern up at night. “We are building a full productivity platform,” he tells ISRAEL21c, “and we will be adding other capabilities that will create stickiness to our service. It’s bigger than just Microsoft Office.”

The ace in CloudOn’s competitive card deck is how it aims to pay back its investors, which include Silicon Valley-based Foundation Capital and Rembrandt Partners. In a word: the enterprise.

That is, CloudOn aims to integrate its service – for a fee — into large companies that don’t want to deal with configuring tens of thousands of individual iPads. It could even run locally on a company’s internal servers.

This business model will enable CloudOn to keep offering its consumer-focused app for free, although Morgenstern says they’re working on a few “freemium” features.

Thinking of all those Microsoft exchange servers, Morgenstern believes that breaking the Microsoft monopoly, at least where tablets are concerned, could also be a selling point for CloudOn.

Competitor OnLive Desktop already provides remote iPad access to a full copy of Windows in the cloud. But Morgenstern says that CloudOn has key advantages, such as better integration with the tablet. You can open files that reside on the iPad, not just in the cloud, and you can use the iPad’s clipboard.

CloudOn has come out with an Android version and is working on an iPhone version too, due in the second half of 2012. Understandably, there are a lot of design changes to make the service usable on a substantially smaller screen. “The challenge is how to do this and keep user satisfaction high,” Morgenstern points out.

Another improvement down the road will be offline access. While people are coming to expect always-on connections, Morgenstern says there are still dead spots – on a plane, for example – where being able to review the afternoon’s PowerPoint presentation could be invaluable.

Morgenstern is what one might call a “sideways” serial entrepreneur. While before CloudOn he’d never started a company of his own, he’s been involved in several that have gone from concept to exit, including Nicecom, which was acquired by 3Com. He joined that company along with a bunch of his IDF buddies, all of whom were in intelligence units. The same group founded P-Cube.

Ironically, there’s one place CloudOn is not fully functional: Israel. While you can download it from the Israeli iTunes app store (it went live at the beginning of June, where it immediately shot up to the number one free app), there’s no Hebrew support.

“Right now we’re focused on the US,” Morgenstern says, “plus a few or the more popular languages.” Hebrew will probably be available at some point.

That’s a change many Hebrew-speaking Office users will certainly want to track.