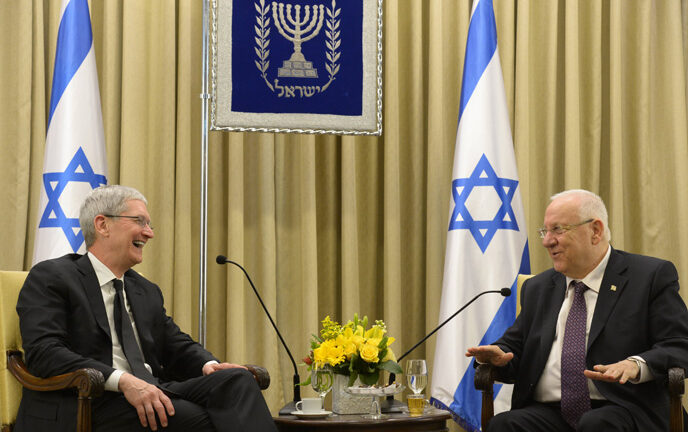 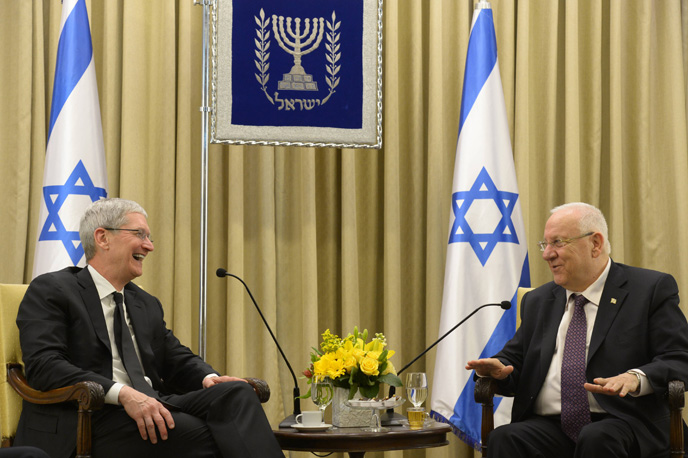 Apple CEO Tim Cook is in Israel to officially inaugurate the opening of the new Apple center in Herzliya. President Reuven Rivlin hosted Cook and his delegation from Apple, saying, “It is a great privilege to host you and your team here in Israel.”

After reports and rumors last week that Cook was in town, the much-talked about opening of the new Israeli center took place on February 25.

“We have an enormous admiration for Israel, not just as an important ally for the US, but as a place to do business,” Cook told Rivlin.

The President spoke of his pride at the inclusion in the delegation of Johny Srouji, Vice President for Hardware Technology at Apple, a member of the Israeli Arab community, born in Haifa.  “Imagine what the world would be like with another five ‘Johny Srouji’s, we are proud of him, and all he has achieved,” said Rivlin.

“Diversity for us is part of how Apple achieves what it achieves.  Employing people for who they are and not because of their ethnicity or background.  When we work like this, we celebrate diversity, and benefit on all sides,” said Cook.

The two also spoke at length about the role of education in the advancement of different populations, and about possible future cooperation to promote equal access to education in areas where it was needed in Israel.