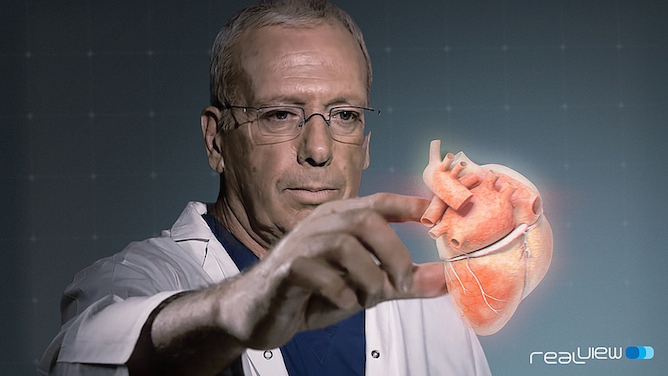 Two Israeli companies geared to the medical treatment market have completed huge financing rounds worth $25 million. AposTherapy, a clinically-proven treatment for knee and back pain using unique calibrated shoes, recently closed a $15 million financing round, according to a Globes report. The same paper reports that RealView Imaging, which develops a 3D holographic interaction system for medical applications, raised $10 million in a financing round led by Chinese fund LongTec China Ventures.

The AposTherapy round comes as the company looks to expand to the US market and perhaps China as well, according to reports. The company is in talks with physiotherapy clinics to adopt its method, which it says, can heal back and knee pain without medicines or surgery.

Meanwhile, RealView Imaging’s funding round will be used to take its anatomical hologram system — that makes it easier for doctors to treat a patient and cut down on the time it takes to conduct medical procedures– to the commercial market by 2016.

“This is the first time doctors can actually see the anatomy and not just rebuild it in their minds. We enable doctors to view the image floating in the air from a wide angle and to interact with it directly,” Aviad Kaufman, RealView Imaging CEO, told The Washington Street Journal.