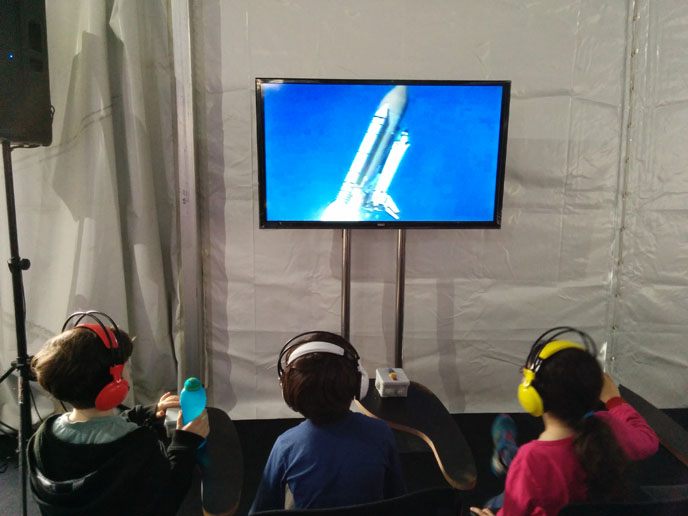 The 10th Ilan Ramon International Space Conference (January 28-29) – one of the standout events of the week — will draw agency directors, astronauts, officials from Israeli and international space industries and scientists from academia.

NASA Astronauts Nicole Stott and Rex Walhaim, who will speak at the Ramon conference, took part in the opening of the new space exhibit at the Land of Israel (Eretz Yisrael) Museum in Tel Aviv on January 25, 2015. Children lined up to have their photographs with the “real” astronauts thus proving the point of Space Week – to inspire children.

SpaceIL – the Israeli team hoping to land Israel’s first unmanned spacecraft on the moon as part of the Google Lunar X Prize – had an information booth at the museum.  SpaceIL has said it will use the potential $20 million prize money to promote science and scientific education in Israel. Taking its cue from this mission, the Ministry of Science, Technology and Space is using Space Week to inaugurate the Israel Space Academy – which will seek, recruit and train Israel’s future astronauts.

The Ramon Olympics for middle-school students will be held on Thursday at the Weizmann Institute. The teens will be tested on their knowledge of space technology and astronomy.