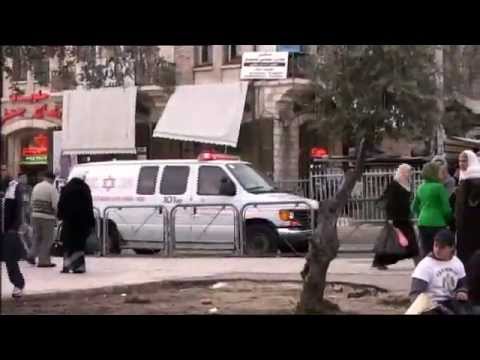 Arab and Jewish volunteer medics outside the United Hatzalah headquarters in Jerusalem.
When the all-volunteer first-response medical organization Hatzalah starting operating in a religious Jerusalem neighborhood 20 years ago, they had to work in stealth mode. In those days, the group wasn’t officially recognized.

“We would listen in to the radio on shifts,” founder Eli Beer recalls.

“We had a number of people who would call us [directly], but every time we heard a call that came from our neighborhood we would use our own frequency. Each volunteer would buy their own radio and oxygen tank, and I used to yell into the radio something like ‘Bayit V’gan No. 65, a child is choking!’ The volunteers who heard this would run.”

Today, any Israeli can call United Hatzalah of Israel by dialing 1221. And anyone can be a volunteer after passing a medics’ course. Beer imported the model to Israel from US Jewish communities because it is neighborhood-based and allows medics to get to patients on foot or moped as they wait for an ambulance to arrive.

Especially in traffic-choked Jerusalem, those extra minutes count. And though it took time for Magen David Adom (MDA), Israel’s national emergency medical services organization, to warm to the idea, today the two groups enjoy a beneficial partnership. Hatzalah is not intended to replace MDA but to complement it.

United Hatzalah Israel now works in all sectors of Israeli society, boasting 1,600 Arab and Jewish trained volunteers. The only all-volunteer first-response team in Israel that operates nationally, it has a fleet of Ambucycles whose drivers rely on the Israeli-developed GPS system, Life Compass, to locate the distressed even in winding alleyways with poorly marked numbers on homes and apartment buildings stacked together like a mosaic.

The award-winning organization also demonstrates that people who could be enemies prefer instead to save each other’s lives.

Among the Hatzalah teams that spring into action from the midst of prayer, work or middle-of-the-night sleep is an odd couple: an Orthodox Jewish fish store employee and a Muslim worker at a mosque in the Old City. When receiving an alert, they each jump on their specially equipped mopeds or run on foot to save the day.

There are others like them, such as an Arab man who saved a Jewish life in a ritual bathhouse, and Beer himself, who ran out of the synagogue on Yom Kippur — the holiest day of the Jewish year — to save an Arab man suffering from a heart attack. 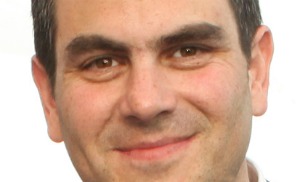 Eli Beer, founder of United Hatzalah in Israel.
“I don’t look at people as Arab or Jewish,” says Beer, an Orthodox American who volunteered with MDA in Jerusalem at age 16 before moving to Israel.

The World Economic Forum in Davos lauded Beer as social entrepreneur of the year in 2010, and this year he won the Israeli Prime Minister’s Award for his boundary-breaking and life-saving non-profit organization, which runs on a budget of about $4 million) all of which comes from donations, mainly from Israel and the United States.

“Anyone can join us. We are a huge national organization still run from Jerusalem. You can see an Orthodox Jew, an Arab, a volunteer ‘settler’ and a guy who’s not religious at all – all working together,” says Beer.