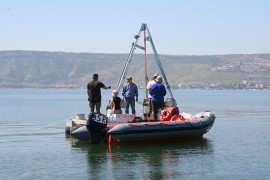 Like rings on a tree, layers of pollen can tell researchers much about climate patterns unrecorded in the centuries before there was science.

New pollen samples dug out of the bottom of the Sea of Galilee (Lake Kinneret) by an Israeli scientific team suggest that a regional drought seems to have been the reason why prosperous societies –– Egyptian, Hittite and Mycenaean –– collapsed more than 3,000 years ago.

‬The study explains short-term and cataclysmic climatic changes in the region. In addition, the new research opens up a new way for scientists to compare records and substantiate them.

Looking at pollen at the micro-scale of 40-year gaps, the researchers discovered a shift in vegetation that corresponds to a drought that heightened in the years between 1250 and 1100 BCE. This drought presumably could have created a snowball effect on trade, farming and societies themselves.

How pollen fells the mighty

What fascinates historians is the quick timescale in which these ancient centers of power disappeared from the world stage. “In a short period of time, the entire world of the Bronze Age crumbled,” says Finkelstein.

“The Hittite empire, Egypt of the Pharaohs, the Mycenaean culture in Greece, the copper-producing kingdom located on the island of Cyprus, the great trade emporium of Ugarit on the Syrian coast and the Canaanite city-states under Egyptian hegemony – all disappeared and only after a while were replaced by the territorial kingdoms of the Iron Age, including Israel and Judah.‬” 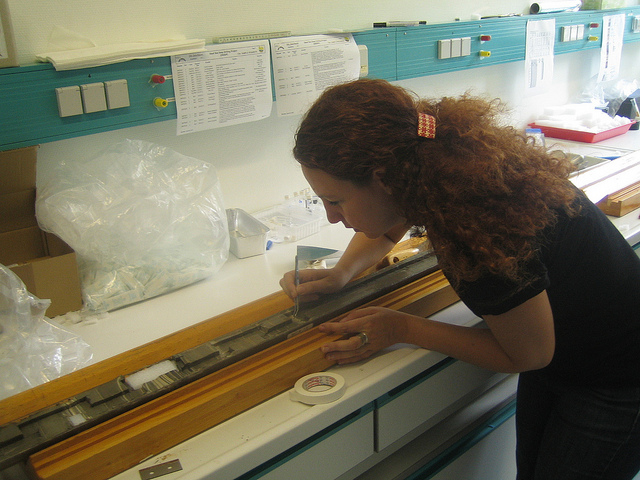 Finkelstein, a noted archeologist, is more pragmatic and prefers not to talk about the mysterious Sea Peoples who may have pillaged and stormed the empires in the region back then. This is a theory suggested by his former student, Egyptologist Shirley Ben-Dor Evian. Neither is he willing to connect the Bible’s narratives to what he finds using the tools of archeology.

Pollen, however, provides scientific evidence. Using pollen records to understand the past is not a novel idea, even in Israel where Langgut, a palynologist (pollen expert), has used pollen findings to reconstruct ancient gardens.

The most enduring organic material

Langgut, who carried out the actual studies of 20-meter-long samples drilled from 300 meters down into the heart of the Sea of Galilee – Israel’s only inland lake — says that “pollen is the most enduring organic material in nature.”

She explains: “Pollen was driven to the Sea of Galilee by wind and river-streams, was deposited in the lake and was embedded in the under-water sediments. New sediments that are added annually create anaerobic conditions which help preserve the pollen particles. These particles tell us about the vegetation that grew in the vicinity of the lake in the past and therefore testify to the climatic conditions in the region.”

The lake, with its stories, sediments, and recovered ancient fishing boats and other artifacts, can reveal much about the factors that have shaped the land of Israel.

“The novelty [of the study] is mainly in the resolution, which concentrated on a short period of time with a good control of radiocarbon dating,” Finkelstein explains.

And, he adds, the study was unique because it made use of more than one record — pollen records, archeological and textual records.

Will work like that done at the Sea of Galilee be able to shed light on the political and societal effects of advanced climate change and the world droughts that are predicted for the next hundred years and beyond? Only time will tell.

Click here for details Increasing affinity, understanding and joy for Israel through education Click here for details
Bring Israel's story to life.
Millions of people around the world rely on us to gain a deeper understanding of Israel. We are the trusted source for original content you won't find anywhere else.
You can make a difference. Donate today to support journalism that brings Israel’s story alive.
SUPPORT ISRAEL21c
Read more on:   history, Environment, Sea of Galilee, Education, Agriculture, Green Science, Agritech, extreme weather, Pollination