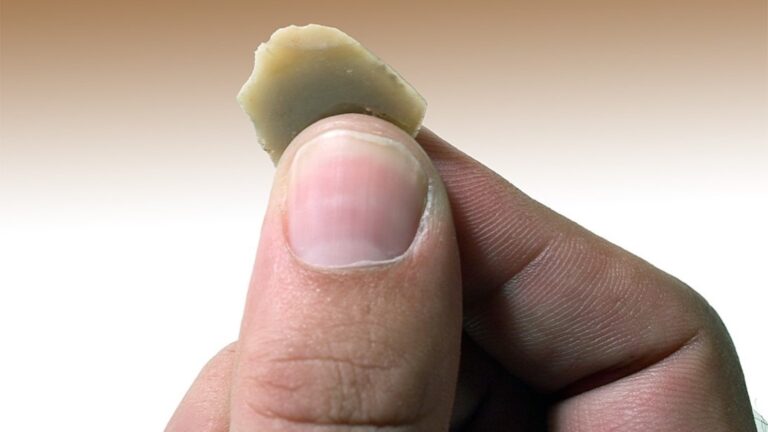 Our ancestors used fire to develop sophisticated technologies for making tools, say researchers at the Weizmann Institute of Science in Israel.

The researchers used cutting-edge technologies of their own to take a fresh look at some of the tens of thousands of stone tools previously found in Qesem Cave, excavated by Prof. Avi Gopher and colleagues in Tel Aviv University.

These tools date from the Lower Paleolithic era, between 420,000 and 200,000 years ago. The ancient hominins (a group including us and the extinct members of our family tree) who lived in Qesem Cave made the tools mainly of easily available flint. They used a process called knapping –using another rock or tool to chip off pieces, honing a sharp edge.

The Weizmann research group wondered if the ancient inhabitants used fire to temper the flint before knapping it. Much later groups – less than 100,000 years ago — did leave evidence of firing their flint to make the stone easier to shape.

Study results suggest that the hominins may indeed have understood the effects of heating the stone before flaking it into blades. They may even have used different temperatures to create different types of tools.

The findings of this research appeared October 5 in Nature Human Behaviour.

Filipe Natalio of the Institute’s Scientific Archaeology Unit explained that traces of past heating in solid rock are microscopic.

He and postdoctoral fellow Aviad Agam, who specializes in prehistoric archaeology, examined flint pieces using Raman spectroscopy, an advanced technique in the lab of Iddo Pinkas of the Weizmann’s Chemical Research Support Department.

This technique revealed the makeup of the rocks down to their chemical and molecular structure.

Ido Azuri from the institute’s Bioinformatics Unit analyzed the vast amounts of spectroscopy data with machine-learning methods, enabling them to sort out the changes caused by baking the rocks, and the temperature range in which each had been heated.

“At first,” said Natalio, “the data seemed to be all over the place, and we did not know if we could say anything about these tools. But then Azuri created his model, and things just fell into place.”

From left, a pot-lid, flake and blade from Qesem Cave in central Israel. Each was produced by ancient hominins at a different temperature. Photo courtesy of the Weizmann Institute of Science

The analysis revealed three unique temperature ranges were used for different types of rock pieces. The first type, which the scientists call “pot-lids,” were small, nicked and chipped shards that had been exposed to fire hot enough – up to 600 degrees Celsius – to cause pieces of the flint to fly off.

The second type is blades — larger, knife-like tools with one long sharp edge and a thicker edge where they can be held. The third is flakes, smaller cutting tools than the blade.

“We can’t know how they taught others the skill of toolmaking, what experience led them to heat the raw flint to different temperatures, or how they managed to control the process, but the fact that the longer blades are consistently heated in a different way than the other pieces does point to an intent,” said Natalio.

“And that,” added Pinkas, “is technology, as surely as our cell phones and computers are technology. It enabled our ancestors to survive and thrive.”