Ahuvi Kenigsbuch, 35, confidently stepped onstage to sing her own song, “Ten Li Ktzat Zman” (“Give Me a Little Time”), during the third annual concert of the Israel Integrative Orchestra on June 14.

She composed the words and melody, and the song was scored and arranged for violins, wind instruments and piano by the orchestra’s conductor, Ido Marco, and some of the Jerusalem Academy of Music and Dance students who comprise this unique group.

“Give me a little time to change myself,” she sang, “to refresh, to be with you only. Give me a sign that you are only mine because there is nobody else but you.”

Formed three years ago to provide a place where musicians with and without disabilities could create music together, the Israel Integrative Orchestra is a joint project of the nonprofit SHEKEL – Inclusion for People with Disabilities and the Yizhak Navon Community Unit of the Jerusalem Academy of Music and Dance. 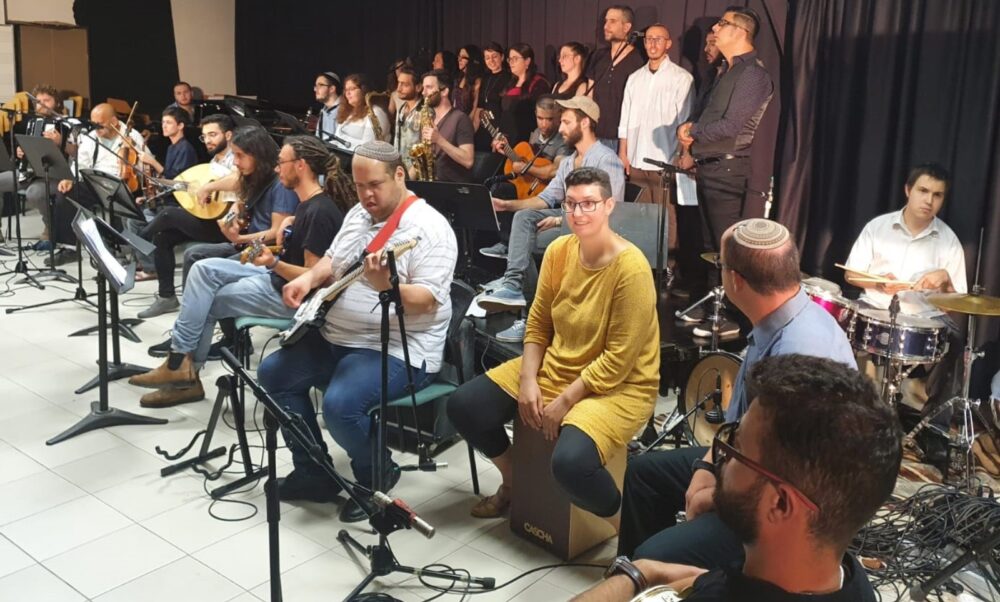 A concert of the Israel Orchestra of Inclusion. Photo courtesy of SHEKEL

Sponsors include Perach, which provides scholarships to academy students who volunteer as mentors in the project, and the American Center of the United States Embassy.

Some 40 musicians and vocalists – about half from the academy and half from SHEKEL — rehearse once a week at the academy on Hebrew University’s Givat Ram campus. 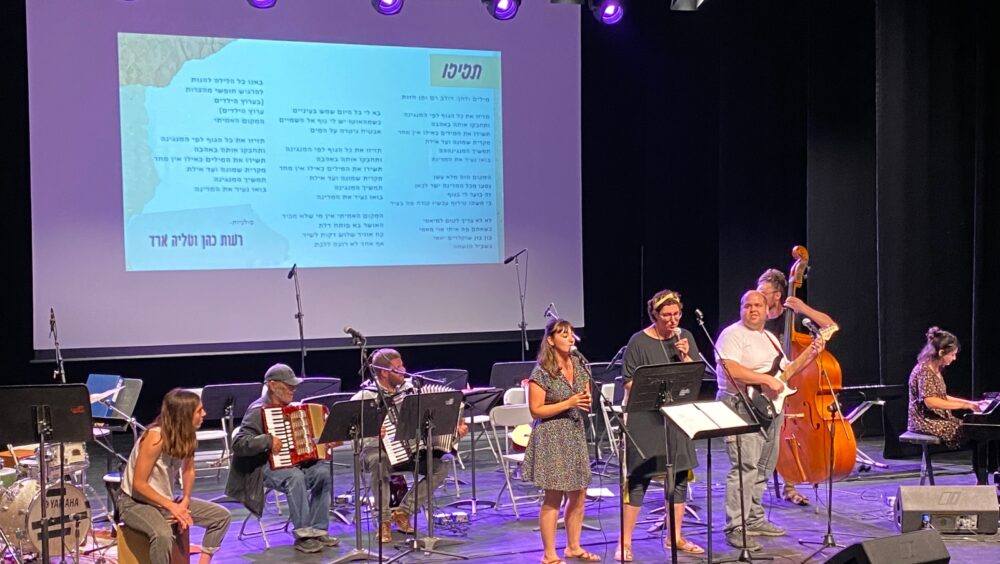 The initiative reflects SHEKEL Chief Executive Officer Clara Feldman’s strong belief that in addition to employment, housing and social activities, “cultural inclusion is a major key to the inclusion of people with disabilities in society.”

Whether these disabilities are physical, developmental or emotional,  “the orchestra provides the opportunity to develop their musical talents in a professional atmosphere and benefit from professional training, while at the same time changing societal attitudes,” says Feldman.

“Students at the Jerusalem Academy of Music and Dance will be the musical leaders of the next generation, and this gives them a firsthand understanding of the true significance and impact of cultural inclusion.” 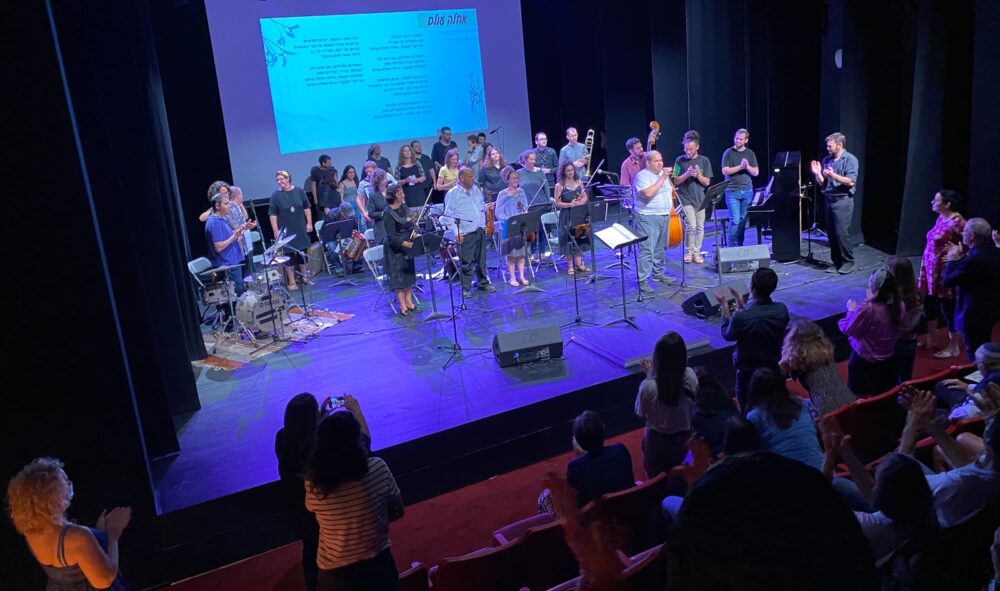 The Israel Inclusion Orchestra gets a standing ovation after performing a Hebrew version of “What a Wonderful World.” Photo by Abigail Leichman

The orchestra was founded just before the pandemic.

“It was very difficult to do rehearsals via Zoom, but we felt it was important for continuity,” Feldman says. “Many SHEKEL participants felt isolated during the pandemic, having lost jobs, while finding themselves cut off from their usual social activities. The orchestra provided an anchor and purpose that helped reconnect members with the outside world.”

The group works cohesively, accommodating the varying special needs and musical levels of its members from SHEKEL.

“People with disabilities are sometimes referred to as ‘limited,’ but the truth is that they give their best without limitation.”

“I think the orchestra has changed all of us who work with the musicians who have disabilities,” said Marco.

“We are more open today and understand the significance of inclusion. On the way, we have learned to use music as a means with which to connect and communicate with people in an entirely different way.”

“A true connection has been forged between the academy students and SHEKEL musicians that is very moving,” said Shoham Peled, director of the Yitzhak Navon Community Unit of the Jerusalem Academy of Music and Dance.

“It has created an opportunity for both sides to experience significant musical creativity together, expanding the horizons of the academy students involved and giving SHEKEL musicians a supportive place to express themselves and participate as equals in a quality professional orchestra.”

At the annual concert, Nadav Frankel, 27, played guitar and sang the jaunty show tune “Feeling Good” from “The Roar of the Greasepaint, the Smell of the Crowd.”

“It’s a new dawn, it’s a new day, it’s a new life for me, and I’m feeling good,” Frankel crooned, as Shilav Ron from the academy accompanied him with gusto on the double bass. A Jerusalem resident who lives in a SHEKEL apartment in the community and works at Yad Vashem, Frankel says music is his passion, from pop to rock to blues to country and jazz.

“I’ve been singing since kindergarten,” says Frankel. He learned to play guitar about 10 years ago.

Until he successfully auditioned for the orchestra three years ago, he had no other opportunities to perform for the public because of his special needs.

Frankel tells ISRAEL21c that he loves being part of the Israel Integrative Orchestra community and dreams of starting his own band one day.

“Nadav sings and plays with all his heart,” says Ron, who has formed a strong personal connection with Frankel over the past three years.

“People with disabilities are sometimes referred to as ‘limited,’ but the truth is that they give their best without limitation.”