Photo by Flash90.
While parents conceiving a child through IVF should not fear the procedure, they should be aware of the risks.

Children conceived through In Vitro Fertilization (IVF) are three times more likely to suffer from mild to moderate autism according to new research from Israel.

Doctors at the Assaf Harofeh Medical Center near Tel Aviv, one of the country’s leading academic hospitals, found that 10.5 percent of surveyed children diagnosed with a disorder on the autism spectrum were conceived using IVF – a significantly higher number than the 3.5% rate of autism in the general Israeli population.

Lead author of the study, Dr. Ditza Zachor, director of the autism center at the hospital, insists that her research results shouldn’t discourage people from attempting IVF implantation, since the majority of children born using IVF do not have autism, and most children who have autism were not conceived using IVF.

However, she suggests that couples and their physicians should be aware of the connection, allowing early intervention and wiser therapeutic choices.

Her research, presented in April at the International Meeting for Autism Research in Philadelphia, sounds a note of caution, reporting a strong link between IVF and mild to moderate cases of autism.

Too early for a serious deduction

The first “test tube baby” was born in 1978. With advances in reproductive science, an estimated one percent of all American babies are now born each year through IVF. Is it possible that IVF and other assisted fertility treatments are solving one problem and contributing to another?

While the study doesn’t draw any definitive conclusions, Zachor warns that it presents some urgent questions. “It’s too early to make a serious deduction based on that evidence alone,” she says, citing other birth-related factors in her study, such as low birth rate and prematurity. Her ongoing research will attempt to separate out these risk factors to come up with more precise numbers for autism and other prenatal conditions in IVF.

Zachor proposes that the key may be ‘imprinting,’ a biochemical procedure during cell division which determines which genes will be selected or ‘expressed’ in the embryo. Research into epigenetics – changes in gene expression that occur without a change in the DNA sequence – suggest that the malformations may be caused by imprinting abnormalities introduced into the embryo while it’s in a test tube environment.

One such disorder linked with IVF appears to be Angelman syndrome (a complex genetic disorder that primarily affects the nervous system). 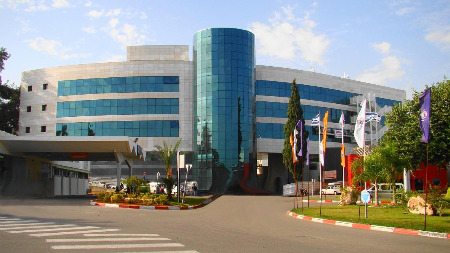 Problems may be avoided

However, Zachor does not want to discourage infertile couples from undergoing IVF implantation, which most often results in a healthy child.

Aware of these risks, however, health practitioners may be able to intervene and find ways to avoid the problems, the researcher says. For example, they might recommend that IVF treatments be delayed for a longer period, despite any psychological stress this might cause to would-be parents. Some researchers believe that unassisted fertilization is a better way to avoid negative health effects.

According to the U.S. Centers for Disease Control and Prevention, the autism prevalence rate in the United States is one in 110 children. “Many infertile couples choose this procedure [IVF], and they need to know whether there is a risk of autism,” Zachor concludes. She stresses, however, that most women who undergo fertility treatments should not fear IVF procedures.

For Email Marketing you can trust
UNCOVER ISRAEL - Get the ISRAEL21c
Weekly Edition free by email
Sign Up Now!
Bring Israel's story to life.
Millions of people around the world rely on us to gain a deeper understanding of Israel. We are the trusted source for original content you won't find anywhere else.
You can make a difference. Donate today to support journalism that brings Israel’s story alive.
SUPPORT ISRAEL21c
Read more on:   Health