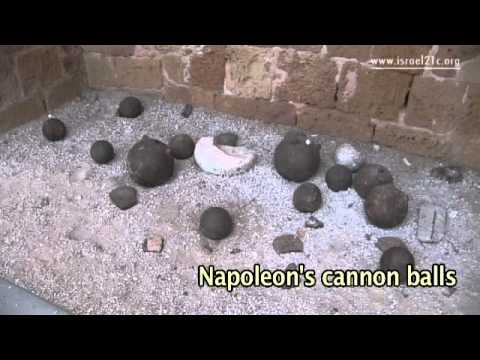 The Old City of Acco (Acre) contains architectural treasures dating back to the 13th century.

In the 13th century, Acre was a bustling Third Crusade town with 30,000 residents – larger than Paris at the time. Now this history is being revealed in all its glory after archaeologists began digging under the Ottoman-era walls of Acco (Acre) in northwest Israel in the 1990s, to discover huge Crusader edifices.

Photo by Matanya Tausig/Flash90
A night view of the old wall and the sea in the old city of Akko.

Several areas have now been completely excavated, though most of the town remains hidden. Ahmad “the Butcher,” an 18th century sultan, built on top of the ruins in order to eradicate all traces of the Christian site.

One can still see cannon balls left in place from an attack by Napoleon, and tours are available at the infamous Citadel, a dank prison built by Ahmad that was the site of a massive prison break by the Jewish underground resistance under the British Mandate.

Plans are in place for a luxury hotel, Crusader period restaurant and a museum to boost tourism to this UNESCO World Heritage Site.