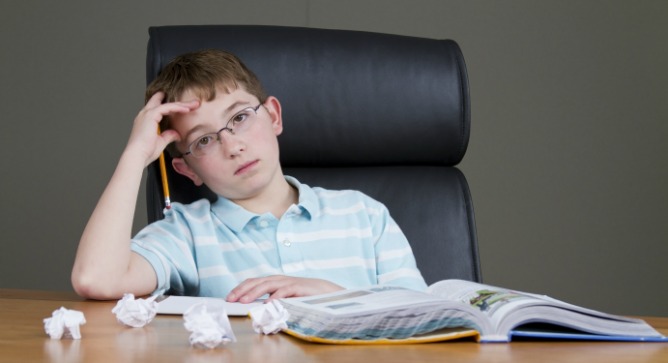 sCoolWork aims to take the pain out of schoolwork, enabling the students to focus on learning and developing their skills. Photo by www.shutterstock.com

Writer’s block for professionals is one thing. But when a student can’t think of how to start an assignment or doesn’t know how to fine-tune an Internet search, schoolwork can quickly turn from educational to frustrating.

That’s where a new Israeli startup called Skills & Knowledge comes in. The company has created an application known as sCoolWork, which helps students write essays better and faster.

“As soon as you’re being tasked with writing something, that’s where we kick in,” Shachar Tal, Skills & Knowledge vice president of marketing tells ISRAEL21c.

This isn’t a tool for cheating, but an organizational aid to format an assignment, spell-check it, check grammar, put in a bibliography and even search the Internet more effectively.

Opinion leaders say the app “has the potential to substantially influence how people in general, and students specifically, process information.” Moreover, it is teacher approved.

“Making sure that line spacing is double at all times; changing the font back when Word changes it for you — these are tasks forced upon us because of software that is incompatible with the needs of students,” explains Tal. “Teachers widely agree that these tasks are a hindrance and waste a lot of time. These are really garbage tasks. If they’re automated, it’s a blessing for all.”

Help me with my homework, Dad

The idea for the groundbreaking application popped into Alexander Dayan’s head when his elder son, now 16, asked for help with his homework. There are many online resources for writing an essay, Dayan says, but he never found a tool like sCoolWork. 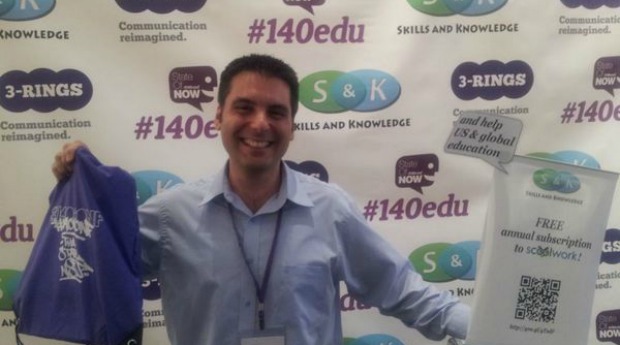 After leading projects from their idea stage to successful products at ELTA Systems and Check Point Software Technologies, it was only natural that Dayan decided to create what he felt was missing in the marketplace.

The initial idea came to him in May 2010. By the end of the year he had a prototype in its early stages. Tal joined Dayan in early summer 2011. The duo – joined by a team of five freelancers – recently launched a fundraising campaign on Indiegogo to raise capital for the October 2012 official launch.

The beta version of sCoolWork is free and has already received positive feedback.

“sCoolWork is a great app for any student who is tasked with writing research papers in the MLA, APA or Chicago style format. These formats can seem overwhelming at times for newer students and this app helps walks these students through the process of setting up their papers and not getting marked down for something as ‘irrelevant’ as a formatting issue,” according to an AppAppeal review. 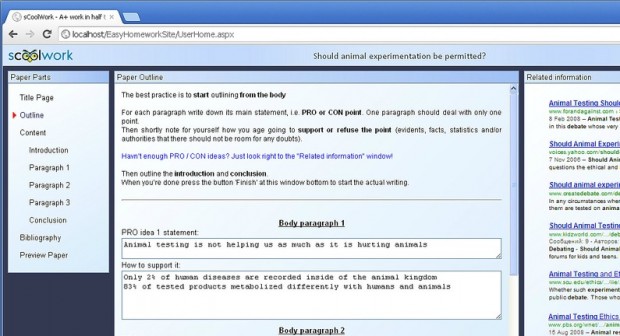 The developers of sCoolWork intend to donate the product to those who cannot afford to buy it.

The app is available in English only, but the development roadmap has plans for Spanish, Portuguese, German, French, Russian and Hebrew as well.

“We’re really hoping that with the help of #140edu, sCoolWork could reach all those places where it is needed the most,” said Dayan prior to the July 31-August 1 event. “All you need is an old desktop or laptop, and we could give hope to struggling students, making the already hard work they’re facing easier, and enabling them to focus on learning and developing their skills.”

The American teachers and educators at the conference were not surprised that an Israeli startup was behind the technology.

“They were very aware that Israel is a startup empire and were very happy to see us. No one had a problem that we’re from a country where English is not the official language. Language is not a barrier. The idea here is the technology,” says Tal.

The choice of English and directing the product at the American market was deliberate.

“We chose English because we’re very avid advocates of English as a second language, English as a globally connecting language,” explains Tal. “We chose the US because we saw a lot of passion for education there. We wanted the best market for us to share our experience.”

Like all new companies, Skills & Knowledge could use investors. And while Tal says the company does indeed need funding, this Israeli startup is only for investors with a conscience.

“Some investors would run away if they heard our business model,” says Tal. “We are going to sell sCoolWork very cheap; we’re going to donate it to whoever needs it.”

Tal says an annual subscription will likely cost $40-$80, but those who cannot afford the program will be able to get it for free through their educators.

“We share the same passion,” says Tal, adding that most of the capital to date comes straight from Skills & Knowledge founder Dayan’s pocket. “And we share the same social responsibility.”

Click here for details Increasing affinity, understanding and joy for Israel through education Click here for details
Bring Israel's story to life.
Millions of people around the world rely on us to gain a deeper understanding of Israel. We are the trusted source for original content you won't find anywhere else.
You can make a difference. Donate today to support journalism that brings Israel’s story alive.
SUPPORT ISRAEL21c
Read more on:   sCoolwork, Shachar Tal, Education, Lifestyle, Culture, Mobile, Israeli apps, Back to school