Learning how to cope with drought and raise productive cows is now just a click away, thanks to a kibbutz-based company’s cloud-based software supported by IBM. 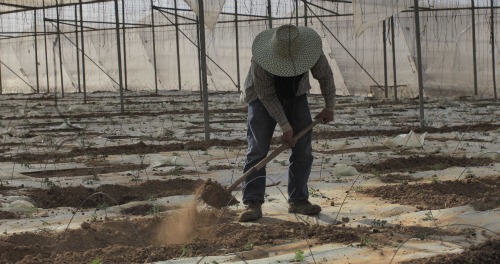 Food prices are going up, and experts say they will continue to rise, thanks to changing weather patterns and unprecedented drought in the wrong places (Australia, China and Russia) at the wrong time, just when the burgeoning population of the world is using up stored food at an alarming rate.

Since much of its land mass is desert, Israel is in a unique position to help these countries and others learn to cope with drought – and Israeli company AKOL has developed an exclusive Internet-based system to share that information with those who need it most. Recently, corporate giant IBM signed a development agreement with the company, whose name is an acronym for Agricultural Knowledge On-Line.

“Since its founding in 1978, AKOL has pioneered the integration of IT systems in the agricultural sector and built computer and IT solutions that have won it renown in Israel and around the world,” says company CEO Ron Shani.

“Years before the popularization of the Internet, we had online databases and applications that members of Kibbutz Bror Hayil in southern Israel [which houses and owns AKOL] were able to access in order to improve their productivity. Over the years, we developed applications for many areas of agriculture, including raising poultry, managing vineyards and producing olive oil.”

Today it is a simple matter to put up instructions on a website on how to deal with droughts, or what to feed cows to increase productivity. But each farmer’s situation is different – and what applies in one locale may not apply in another. Far more effective is to provide applications that farmers around the world can use to determine a course of action based on their resources, location and capabilities.

AKOL, says Shani, is building those applications, helping to transmit Israeli knowledge to farmers around the world.

Bringing farm management to the cloud 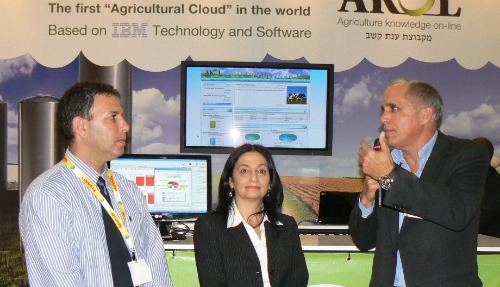 Using innovative irrigation and water purification technology, Israeli agriculturists have made gardens grow in formerly barren areas. Israeli dairy farmers have achieved the distinction of becoming world leaders in milk production, with each cow yielding on average 12,000 liters of milk a year – compared to an average of 6,000 liters per year in the United States and the United Kingdom, and between 3,000 and 4,000 liters per year in India and China.

AKOL applications advise farmers on when to plant, irrigate, harvest and bring crops to market; how to choose the crops best for their area and the best feed mix to give their cows; how to implement ideal storage and temperature control procedures based on climate; how to track the growth of chickens, livestock and fruit; how to generate reports of milk samples for quality control – in short, everything a modern, professional and industrialized farm needs to thrive, with a level of information and interaction that the average farmer in developing countries could never have even imagined before.

The cloud-based AKOL platform provides farmers anywhere with the ability to obtain tailor-made solutions, arrange group purchases of supplies and communicate with colleagues about a variety of issues.

“If there is an outbreak of bird flu, for example, farmers can let each other know so they can attempt to protect their fowl,” says Shani. “For the first time, low-income farmers have the ability to get top-level information from professional sources and from each other.”

In February, IBM signed a cooperation and development with AKOL at the Agro-Mashov industry trade show in Tel Aviv. The agreement will help AKOL expand the scope and range of its offerings, enabling hundreds of thousands of farmers around the world to access applications and information provided by the company.

Under the terms of the agreement, IBM will manage access and technology issues surrounding the database and applications on the cloud, while AKOL will provide the content. This is good news for the kibbutz-based company, whose current workforce of about 15 is likely to grow in the wake of the deal.

“IBM has made it a goal to provide products and services around the world, especially in the developing world,” says Shani. “And what the developing world needs more than anything is the ability to feed itself. We are proud to be part of that effort.”